How Men in the Media are Creating a Healthy Image of Masculinity: A Tale of Queer Eye, Tough Guys, and Broken Kitchen Appliances 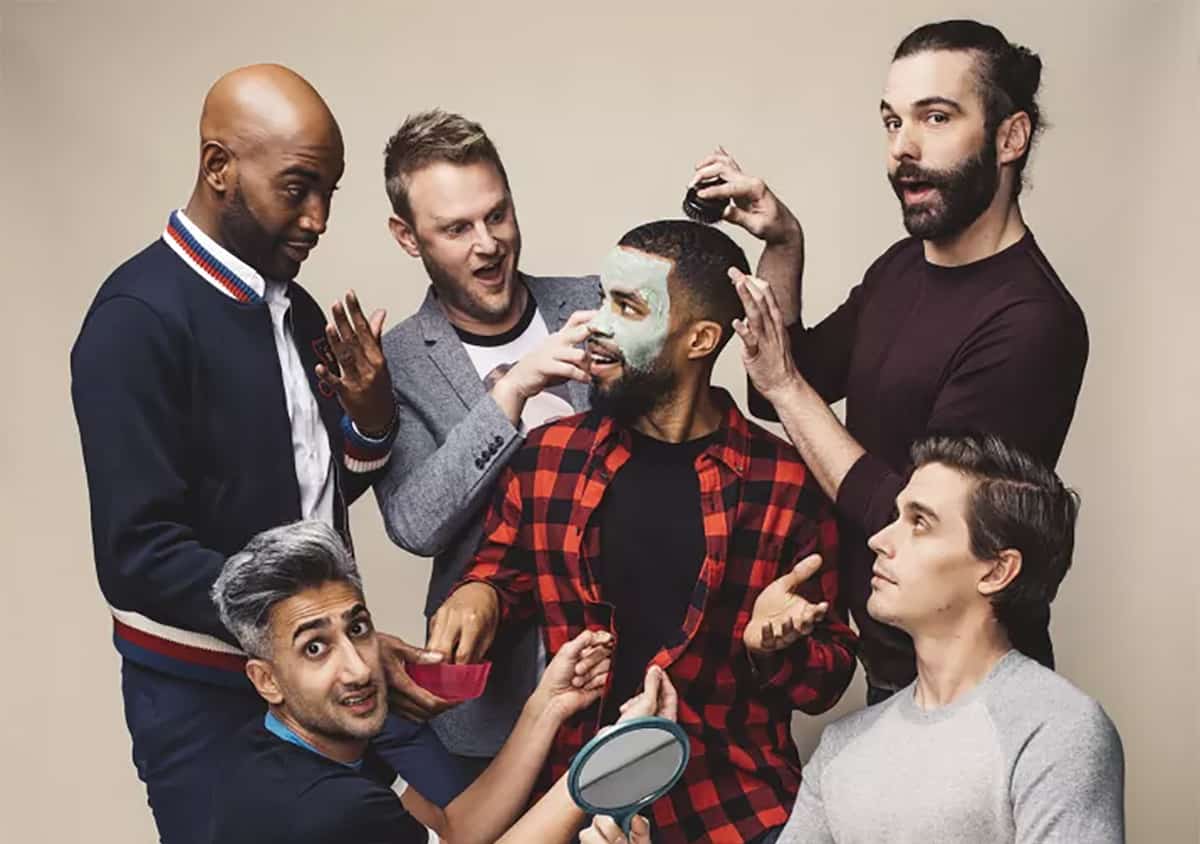 Netflix’s “Queer Eye” taught me a lot about masculinity (and helped me realize that it’s time to make a change).

A couple months ago, my fridge broke. Water leaked everywhere and weird, wailing noises from the freezer got so loud that I worried the neighbors would call the police to report what they might assume is a dying camel. It was a problem. I ended up buying a new fridge and praying to the god of floor boards that after days of water pooling on my kitchen floor, I didn’t have water damage.

I’d heard that sometimes mold in the walls or floors of old houses can make people really sick, and because that sounded like exactly what I did not need, I asked my dad to come over and check it out.

My dad does home renovations, so he’s a handy guy to have around when you need to identify a moldy kitchen, but sometimes he says things that drive me totally crazy. He’ll make a comment that’s mildly sexist or complain about a guy who wore a pink shirt because it’s “girly.” I’ll try to ignore his comments because, well, my dad is from a different era and most of the time he doesn’t say this stuff in public. Still, it makes my eye twitch.

Anyway, my dad stopped by, looked at my kitchen, and decided my floors were okay (phew). There was a little damage to the paint on the baseboard, but that was an easy fix. Dad grabbed some white paint from his truck and when I dipped a paintbrush in the tin to get started, he grabbed the brush away and said, “Hey, girls can’t paint.”

Girls can’t paint? What kind of crazy rule is that? Was he trying to say that girls are not physically able to move colored pigment across a surface? If I picked up a paintbrush would it explode? Or, was he saying that girls just can’t paint baseboards? Because, somehow it’s even stranger when it’s that specific. 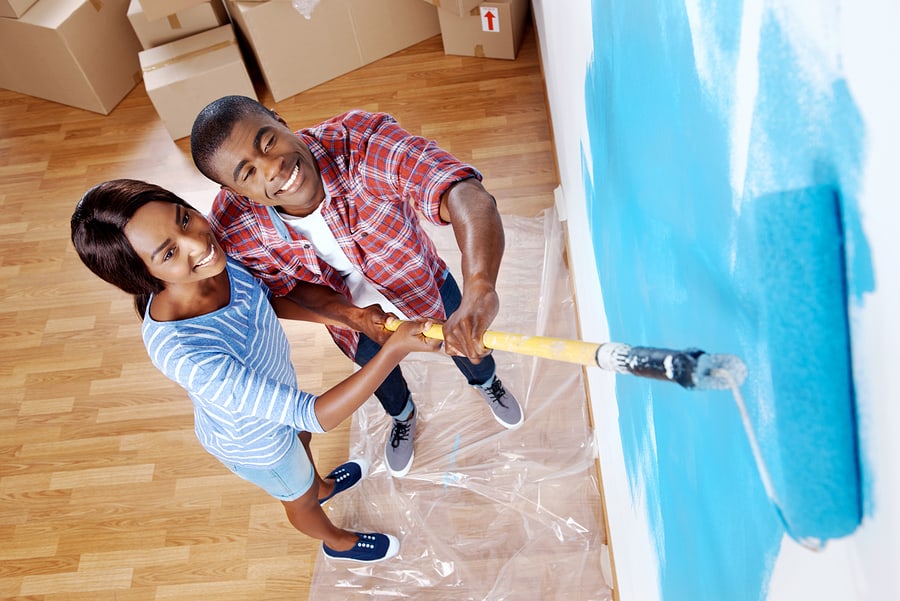 He explained that whenever my stepmom tries to paint she fails miserably, which brings up a whole other issue of generalization based on gender (as well as the issue of insulting one’s partner) but I was still focused on this ‘girls can’t paint’ problem.

I was so confused that I had no idea what to say… which doesn’t happen often. Even long after my dad left, I was baffled.

I have definitely heard my dad make judgements based on gender stereotypes but this didn’t seem to follow the gender assumptions I usually hear. I know that that girls are “supposed” to like pretty things like ponies and glitter while boys are usually associated with dirty metal things, like cars, lawn mowers, and rusty tug boats. But paint (white paint, I might add) seems insanely gender neutral.

This whole paint thing bothered me for weeks until I came up with a theory: maybe my dad didn’t want me to paint, or rather, didn’t want women (in general) to paint, because he uses paint for work all the time. He paints walls and fences and kitchen baseboards every day. In fact, he paints so much that he just happened to have paint all ready to go at a moment’s notice.

I think that somewhere deep in his subconscious, something told my dad that if a woman could paint, then painting was a “feminine” activity. It would be harder for him to reject all things feminine, to make fun of men who wear pink, to call himself “pure man” if boundaries were shaken between genders and men and women had some overlapping skills or attributes.

I realized that my dad’s attitude on masculinity, which I once thought was a harmless attribute of a man living in the past, could in fact be quite dangerous.

If you’re dealing with finding the right love we can help speed up the process. Join LOVE TV today! 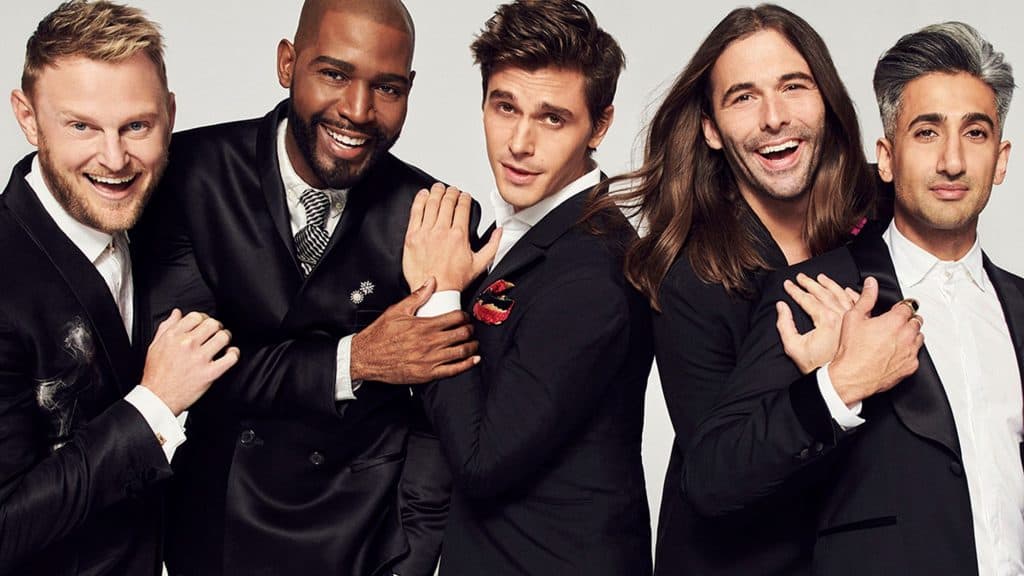 Then I found “Queer Eye.”

Soon after the paint incident, I stumbled upon Netflix’s new show Queer Eye, and fell in love. This reboot of the 2000’s show is relevant, modern, and so important. Instead of looking for straight guys in New York to makeover, the 2018 Fab Five head to Georgia to not only change clothes, but to change ideas of masculinity.

In each episode, the Fab Five meet a man (and his family) and set to work fixing up his style. The show is sure to be incredibly entertaining for anyone, but I found it particularly relatable. When I watched a few of those Atlanta men, the ones who wouldn’t take care of their appearance for fear of seeming “girly” and the ones who wouldn’t show affection because they were busy acting tough, I definitely saw a hint of my dad.

There’s a moment in episode 4 when Tan, who handles the fashion side of the makeover, talks candidly to that episode’s subject, AJ, about his hesitations with dressing “too feminine.”

Neal, a messy techie from episode 2, is afraid to give hugs. 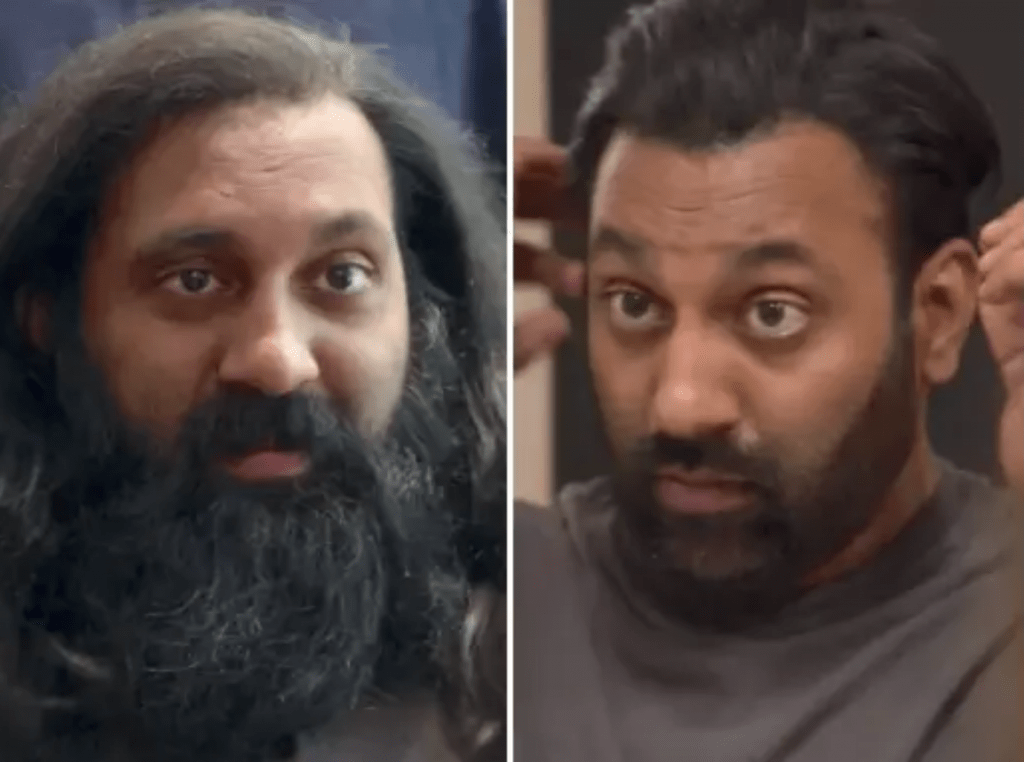 Some of these men were so afraid to show emotion, so afraid to seem even slightly weak or vulnerable, that it was affecting them, and often their relationships and family. I felt so connected to these men, and their stories, that every time they had an emotional breakthrough and cried to the Fab Five, I found myself tearing up too.

But the fight against toxic masculinity doesn’t end with Queer Eye. Recently, many men have stepped up to talk about the dangers of toxic masculinity, and how to fix it. Actor Justin Baldoni did an amazing TED talk on the concept of being ‘man enough,’ and Michael Ian Black wrote an insightful essay after the Marjory Stoneman Douglas shooting about how toxic masculinity contributes to boys committing violent acts.

The truth is, my “girls can’t paint” situation is a very small part of a large problem. Toxic masculinity isn’t just annoying or uncomfortable, it’s also destructive. These absurd societal expectations that men have to be tough and unemotional, even inhuman, are at the root of many cases of abuse and even violence.

I’m so proud to see Baldoni and Black talking about the negative effects of toxic masculinity because I’m not sure if we could fix this problem without people like them.

We need smart, confidant men to show that it’s okay for men to take care of themselves and that it’s good, even encouraged, to do things that have been deemed “feminine.” That it’s not shameful to show emotion, to be a little vulnerable.

Every time I look at the newly painted baseboard next to my fridge I’m reminded that the men and the women of our society deserve better than a world filled with toxic masculinity. The boys and girls of the next generation deserve to not be told what they can and cannot do based on their gender. They deserve the right to be able to do what they love, to express themselves, to be themselves and not be ashamed.

And maybe it will take more than some articles, a few TED talks, and five guys with a Netflix show to fix this problem, but I think, at least, it’s a start.

Don’t forget to check out a LOVE TV membership. We’ll help speed up the process of finding the right person.

How Men in the Media are Creating a Healthy Image of Masculinity: A Tale of Queer Eye, Tough Guys, and Broken Kitchen Appliances