Here are 5 Resolutions to Empower Women After the #MeToo Movement 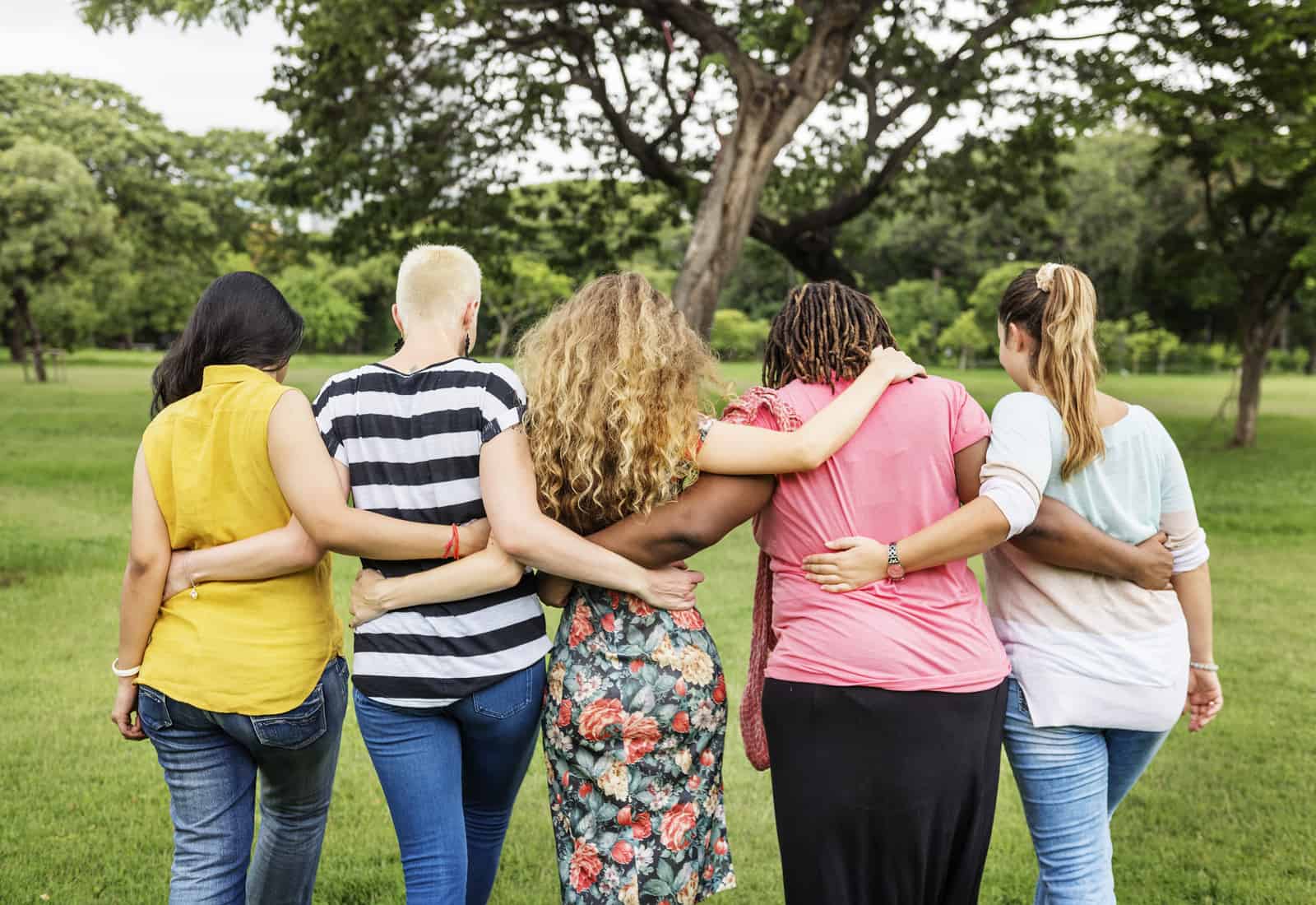 Women’s Christmas present to America was an outburst of honesty, bravery, and a whole bunch of eye-opening truth bombs. My New Year’s resolution is to help do more to support #MeToo.

Every year in December I look back on the big things that happened that year. It’s therapeutic to reflect on my accomplishments and write my thoughts down in a journal. I make notes on how I’ve grown, what I’ve done, and how the world changed.

This year, I did a lot: I finally figured out what to do when the internet stops working at my house, I won eleven dollars on two seperate lotto scratchers (Las Vegas here I come), and finally figured out how to do sit-ups properly (they’re way harder than I thought).

But more importantly, I helped bring sexual harassment into the spotlight and take down predators who took advantage of less powerful men and women. Of course, I wasn’t alone — I joined a chorus of brave voices standing for change.

Since the New York Times reported sexual harassment allegations on Harvey Weinstein in October, women have been stepping forward in droves to name their harassers. It seems that everyone has a story they want to share: from co-workers, to parents, to friends we haven’t seen in years.

As a woman, life can be challenging. Women are often afraid for their safety and well-being, and not without reason. Studies show that one out of every six women will be a victim of attempted or completed rape within her lifetime.

But that’s not to say sexual harassment or violence is only a threat to women. Studies also show that one in ten rape victims are male and one in every thirty-three men are the victims of attempted or completed rape.

So while this certainly isn’t an exclusively female issue, women still stand as the majority of victims. This, when paired with unequal pay and rates of domestic abuse against women, makes for a grim reality.

Every woman I know has a story about being harassed or taken advantage of. But, finally, after struggling through years, nay, centuries of mistreatment and silencing, women are finally being heard. They’re being listened to, and being allowed to tell their stories.

Suddenly, employers care about reporting inappropriate behavior, about creating a better workplace, and making sure this doesn’t happen to others. The internet is filled with stories on how to fight back against harassment, how to help survivors, and even how to raise children that won’t mistreat others. It’s about time.

I’m amazed at the heroism of these women, the ones who told their stories in 2017, and every one before that. Telling the story of what was probably the worst time of your life, the most embarrassing and dehumanizing, can be incredibly challenging.

It can be even more intimidating knowing that many people might not believe you, try to discredit you, or say you have ulterior motives. Every woman who has ever stepped forward has had to face all of that. And every person who has been able to tell their story should be applauded for their bravery.

These women are helping change a generation. And while I’m so proud of everything we’ve accomplished in 2017, I want to make sure that all of this continues in 2018.

Here are some resolutions you can make this year to help continue the movement. 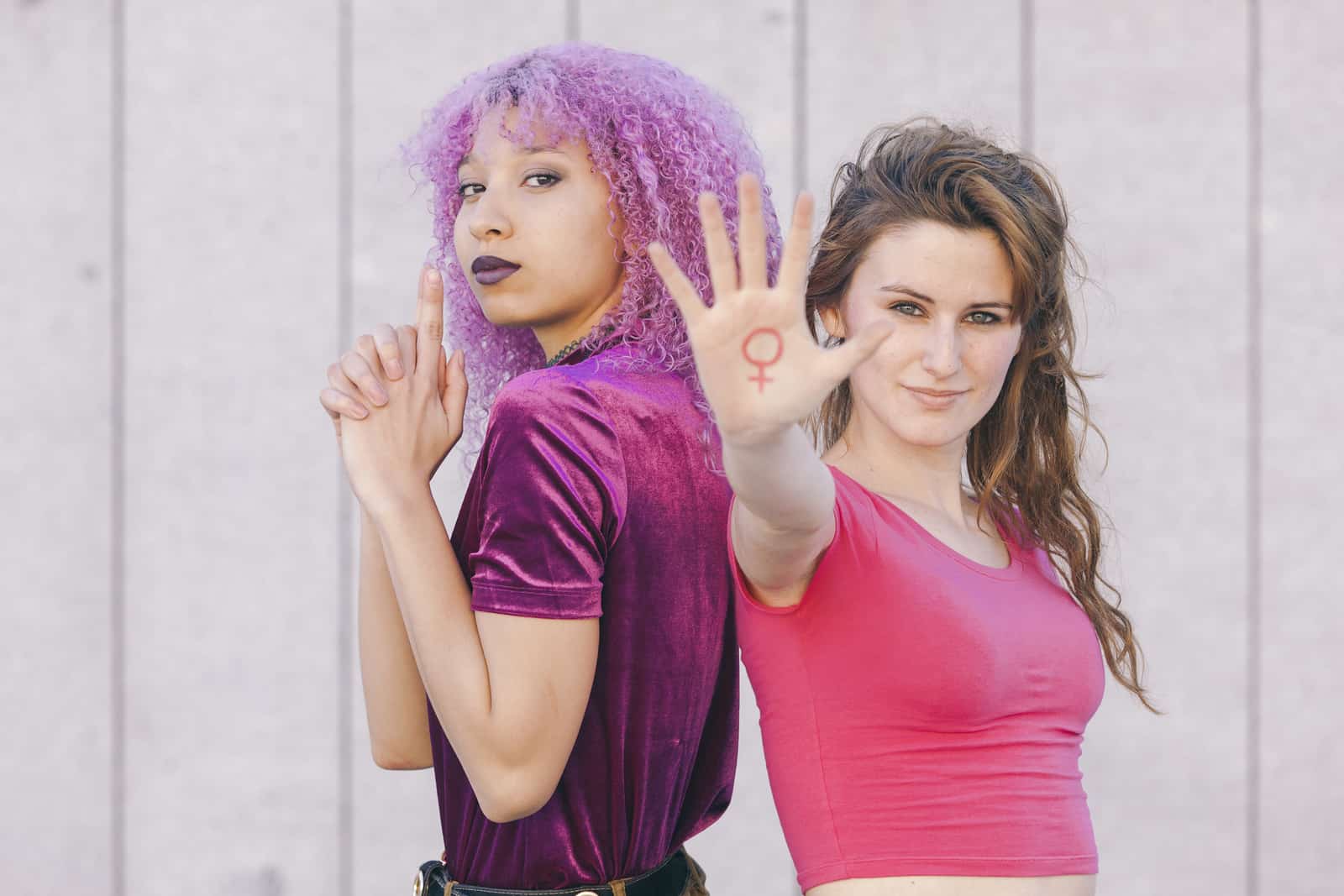 I once had a friend at work who was often scheduled in shifts with an older co-worker. She was 18, and when this 30-something man starting hitting on her, she told him right away that she wasn’t interested. She expected his advances to stop, but when he started saying sexual things to her and began touching her inappropriately, she became scared.

She mentioned her problem to me one day and told me about how the man made her uncomfortable. She was new to the job and didn’t want to cause any trouble, and the man was known for being a good worker. She felt stuck.

I told her how serious this was, how what he was doing wasn’t right, and, when she was ready, I went with her to Human Resources. I waited for her as she made a written statement and told her to call me if she needed anything. Soon after, the man was let go.

If I hadn’t listened to my friend, supported her, and helped her go to HR, that guy would probably still be working there.

It’s easy to tell yourself that something is none of your business, to ignore an issue by reasoning that it’s “not your problem.” But we all have to live in this world, and staying silent helps no one. If you can help someone, do it. New employees, especially those who are young or inexperienced, might be scared or not know what to do when they encounter harassment. Helping someone might mean saving them from a nightmare.

2. See something? Say something.

While you should definitely help someone if you know they’re being harassed, it’s also important to point out anything that seems fishy.

In February 2017, a flight attendant, saved a teen from human trafficking because she felt something wasn’t right. It pays to follow your gut and call attention to whatever seems strange. Whether your friend is acting odd or your co-worker is noticeably avoiding someone, don’t ignore it. If something doesn’t seem right, it probably isn’t.

You might brush off the occasional uncomfortable interaction with someone from work. Maybe you think something’s not big enough to blow the whistle on, so you try to forget about it. But don’t let those things slide.

If someone is being inappropriate to you, they’re probably doing it to a lot of other people as well, or will do it to others in the future. Even if their actions “aren’t that bad” think about how many people he or she could be treating this way as well. If 20 people had the same “uncomfortable but not serious” interactions, that really means something. Plus, if the perpetrator thinks they can get away with inappropriate behavior, they might try something worse in the future.

Let people know when these “not so bad” incidents happen. Let your co-workers know. Even if your voice doesn’t feel very big, it can be made stronger by those around you.

4. Keep an open mind and provide a safe space.

If you’re an employer or a manager, work this year to keep an open door, have an open mind, and provide a safe space for employees to talk to you. The best thing you can do for your employees and your company is to make sure your workers are comfortable and feel safe in their workplace, which might mean dealing with some uncomfortable things.

Make sure that people feel like they can talk to you. Stay open-minded and investigate complaints. You’ll gain respect from your employees and you’ll be able to correct issues fast.

5. Talk to someone about it

The #metoo campaign was so powerful because it showed how many women were affected by sexual harassment, but it also gave women a platform to tell their stories. It encouraged women to speak up — and a woman’s voice is a powerful thing. Continue talking, telling, and listening in 2018.

These five resolutions are a great way to kick off your year. They’ll help you support the brave men and women who stepped forward to tell their stories — and help make a change. By the end of the year, I know you’ll be especially proud of all that you did in 2018.

Read more stories like this such as When You Say “I Do,” Does That Mean “I Do Take Your Name?”, Not All Domestic Abusers Are Men, and What You’re Getting Wrong About Sex Positivity.

Here are 5 Resolutions to Empower Women After the #MeToo Movement