Not All Domestic Abusers Are Men 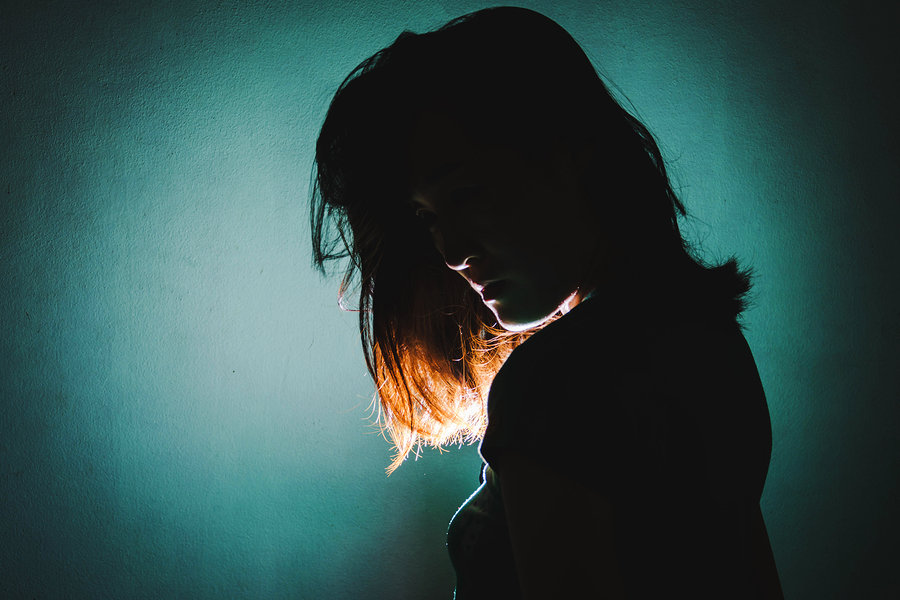 It’s far too easy to overlook that cruelty has no gender.

I used to share an apartment with a committed, monogamous couple. John* was nice, albeit a little moody at times. His girlfriend Jenny was generally polite… to me. But the way she treated her partner was unacceptable. At times, it was downright abusive.

Imagine what would happen if I found John pushing Jenny into a corner, screaming expletives and slapping her in the face. I’d immediately call the police, even if Jenny begged me not to. I’d have seen this scenario on TV enough to know that Jenny was a victim.

But when my other roommate and I walked in on Jenny pushing John into a corner, screaming expletives and slapping him, we didn’t know what to do. John was bigger and stronger than Jenny, we thought. If he was “letting her do this,” then he must have done something to deserve it…right? Wrong.

As the months went on, Jenny’s abusive behavior continued. My other roommate and I avoided going home at all costs, hoping they’d just “sort it out somehow.” Eventually, I moved out. John continued to be victimized until he somehow mustered the courage to leave.

Months later, Jenny had a new boyfriend… and her pattern of abuse continued. In a chance meeting, I finally confronted her. “Why do you treat your partners like this?”

She grinned and said, “A real man can handle it.”

My jaw dropped. “What would you do if he pushed you away?”

This exchange was shocking for several reasons. First, she genuinely thought she had a right to physically hurt men, while they had no right to defend themselves. Second, she used toxic stereotypes to her advantage, emasculating her partners if they couldn’t “handle” her abuse. Third… her new boyfriend was right there. Listening. Saying nothing.

Why did he (or John) put up with this woman’s abuse? The same reason people stay with violent male partners: they’re under the abusers’ control.

The majority of convicted domestic abusers are male, but cruelty has no gender.

As right as our legal systems are in doing what they can to protect women, what resources are there for men? If John were to ask his male friends for advice, would they just laugh it off? And if he were to call the police, would he be taken seriously?

I saw this same dynamic with a lesbian couple I was once close with in college.

Maria came to class with bruises on her upper arms. She laughed it off, saying her girlfriend got jealous over a text message and “pushed me around a little.” Was this abuse? Yes. But because her partner was a woman, Maria said it felt “silly to make it a problem.”

Not all of these “intimate partners” are male. But because male perpetrators are more common, female abusers have learned to rationalize their behavior as permissible – and people around them do, too.

How do abusive women rationalize their bad behavior?

A simple Google search presented some alarming results. Even on social websites like Jezebel, where gender equality is said to be valued, posts like this one present female-on-male domestic abuse as acceptable – even humorous.

With all the progress we’ve made for feminism and gender equality, why do we continue to overlook abuse?

Just a few generations ago, it was still legal and “acceptable” for men to beat and rape their wives in the United States. It was supposedly the man’s “right” to exert physical violence if he thought it was “necessary,” and it was the woman’s “place” to take it, especially if she somehow “deserved it.” Reading this, I couldn’t help but remember Jenny’s chilling rationalization of her violence toward John.

Abuse is never the victim’s fault, regardless of gender, status, or personal disagreement.

Domestic abuse toward women was legal and seen as “acceptable” until victims and allies stood up together to do something to stop it. Today, male-on-female domestic abuse is still a problem, but it’s not “okay” or “humorous” in most modern circles. So why is abuse toward men seen this way?

Why the double standard?

I don’t know why female abusers continue to fly under the radar, especially with so many groups advocating for equality. But I do know that those of us who have seen it happen – and done nothing to stop it – have become part of the problem.

Female abusers are less likely than men to be reported or even labeled as “abusers” by bystanders. But they’re not any less dangerous.

Sometimes, all it takes is one phone call to ultimately save a life. By waiting for the victim to “do something about it,” we are putting the blame on them while allowing the perpetrator to continue in crime.

Dr. Jill Murray, an expert on destructive relationships, has shared some crucial concepts to understand about domestic abusers:

A physically or emotionally violent relationship is not about love. It’s control, it’s abuse, and it’s wrong. If you are a victim of domestic violence, don’t wait to reach out for help. It’s not your job to change your abusive partner. Your only responsibility is to keep yourself safe — even if you love them, and even if they’re sorry. Domestic abusers can (and should) seek help from professionals. But your only responsibility is to seek help for yourself.

No matter your gender (or theirs), you are not alone. LoveTV welcomes thoughts, comments, and perspectives from victims and families of all identities, orientations, and relationship configurations. Let’s keep this conversation going. Share your thoughts or questions below!

*John and Jenny’s names have been changed to protect their anonymity.

Not All Domestic Abusers Are Men