Can Cat People and Dog People Live Happily Ever After? An Investigation. 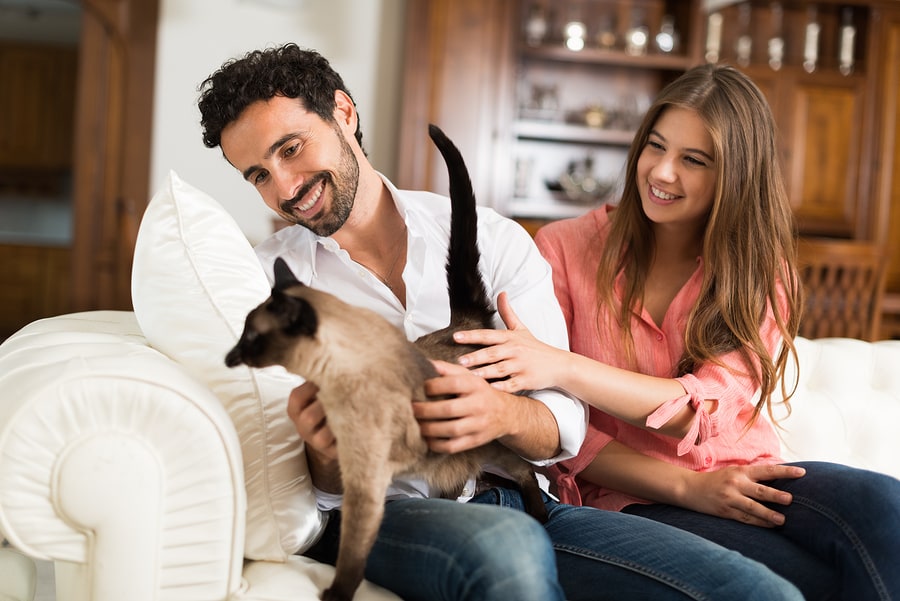 Interviews with dozens of animal lovers reveal three things you should know.

You’ve heard it before. People saying things like: “I’m not a dog person”, or “I’m really more of a cat person,” or even: “I’m allergic to both, and I don’t like pets. They are too much work.”

You’ve also heard things like: “My dog is my baby. I bring her everywhere!”, or “if he doesn’t like my kitty Muffles, there’s no way we will get along!”

While the complications of having a partner who has an opposing political or religious view is often talked about at length, the subject of “pet opposites” rarely gets discussed. So I set out to dig deeper into the feelings of “I hate cats” people and the “I’m terrified of dogs” people, and even the “I like turtles and bugs” people, to see if cats and dogs, and the people who love them, truly can live in peace together.

In short, what my investigation revealed was this:  there are a few key elements and themes to keep in mind when trying to cohabitate with a partner who is your pet-opposite.

While in an ideal world, compromise is bliss, sometimes there are situations that just aren’t going to work.

Sarah found this out when she dated a man who seemed to put his beloved pet German Shepherd, ahead of her needs, time and time again.

“I understand that having a dog is time-consuming, and I even get it that for most dog people, their dog is a part of the family. That’s fine. But when my boyfriend kept cancelling dates on me because his dog Betsy needed another walk, or one time because ‘she looks so comfortable in my lap and I cant move her’, I had to draw the line. But the last straw was when I was in the hospital after a car accident, and he didn’t come visit me, because the dog just threw up. I was in the hospital! So, at that point, I realized where I fit on his list of priorities.

“It had nothing to do with the dog. The dog wasn’t the issue for me. The issue was my boyfriend’s lack of caring skills for his very human girlfriend.”

While this may seem extreme to some, it’s not. Lots of pet lovers will do almost anything for their pets, even if it means sacrificing a relationship.

Its up to each individual to decide what they can and cannot handle, and to make sure that you and your partner share the same priorities.

Oftentimes, it’s the pet that makes the decisions on who should be in the pet owner’s life. Bobette said plainly: “I had a cat several years ago. I could have saved myself a lot of heartache if I had simply ditched any man that my cat hissed at.”

It’s funny what true love will do. There are many couples who start out as total pet-opposites, but over time, the non-pet-lover turns into the biggest pet lover of all, and nobody saw it coming.

Jenny dated a man who said he hated cats with a passion. While they were together, he had no choice but to spend lots of time with her three cats. The couple broke up and remained friends, and now, the cat-hater has had nine cats of his own over the years.

Paula tells the lovely story of being in a current relationship with a cat lover, while she herself is allergic to cats. Being a dog person herself, her dog Pepsi was a huge part of her life. Pepsi was often jealous and possessive when the couple would kiss each other. But over time, Pepsi won Paula’s non-dog-loving partner over. When Paula was away, her man would take care of the dog, and would also sneak him treats when he was feeling playful. Paula says her man went with her when she had to put her sweet Pepsi down.

And according to her, he cried just as much as she did.

Jill shares that her man’s total conversion happened over time. “When we first started dating, he hated cats and I had an orange tabby. A lot later on, I brought a kitten home, and my man didn’t want me to. Fast-forward six months later, both my cats regularly climb off my lap, just to go over and snuggle with him. And he seems to like it.”

Lisa says that her husband was a dog person. One day, while at work, someone brought in some kittens “and he refused to hold the one I was petting, until I shoved it into his arms. The cat snuggled against him and he fell in love, and agreed with me that we had to take it home. I still think he did it because he was in love with me.”

In the end, just like with anything, it’s not really about the cat or dog or turtle or parrot. It’s about compromise, and sacrifice, and communication.

If you are with the right person, and you are willing to put effort into those things, then a pet-opposite relationship can definitely work and be very successful.

Linda and Kevin are the perfect example. When they got engaged, Linda moved into Kevin’s home, along with her three parrots. Kevin was not used to having loud birds, never mind three of them, but he loves Linda more than he hates her birds, and so he compromised.

The couple uses their home office as their bird room. The door stays shut and the room is adjacent to their patio, so the birds also get a sense of being outdoors. The noise level is controlled by a noise machine kept in the room, to minimize all the yapping parrot chatter.

Although Kevin has not developed a love for the birds, he has come to understand his now-wife a lot more, and loves her empathy and big heart for animals. In return, she appreciates the space he created for her pets, and the fact that she was never asked to give them up.

Jason and his partner Eric have two dogs, and though they both love them dearly, they have different opinions about whether or not the large dogs should be allowed in the bed. While Jason loves snuggling with the dogs and letting them sleep there with them, Eric finds it distracting.

“It’s one thing when your partner is stealing all the blankets, or taking up more than half the bed — but I draw the line when my dog is kicking me out of my own bed because he won’t move!”

Since Jason gets up three hours later than Eric for work on a typical day, their solution is as follows: They keep their bedroom door closed to the dogs through the night. At 5 a.m., Eric gets up for work, takes the dogs for an early short walk, and then leaves the bedroom door open for them to have the option of snuggling up with Jason for that three hour period. Since he is up and getting ready for work and then leaving, he doesn’t have to put up with the dogs in his bed, and Jason gets to have a few hours of cuddly time with his beloved pets.

My favorite compromise story comes from Michael and Susan, who met at the office they both work at, and it was love at first sight… Until Susan went over to Michael’s place for the first time so he could make her dinner. She had to leave after 20 minutes, because she couldn’t breathe.

Michael had a cat, and Susan’s allergies were beyond extreme, even with inhalers and meds. Susan could not be in the same home where cat dander had been. Her eyes were puffy and she could barely see, and her throat began to close up.

After a few months of dating Susan, Michael decided he wanted to marry her. He told Susan that he loved her so much, he figured out a way to keep his kitty in his life, but out of his home. He made plans with his twin brother to have the cat live with him, about six miles down the road. Michael’s brother would act as main caretaker of the cat, but Michael would keep a key and stop by daily on his way home from the office, to bond with his cat for a half hour and give her dinner. After a top to bottom cleaning of Michael’s home, Susan was able to move in after they got married, and they lived happily ever after.

In the end, love wins.

Want more ways to find compromise in your relationship? LoveTV have a lot more to offer to its members. Click HERE!

Can Cat People and Dog People Live Happily Ever After? An Investigation.