The Origins of Valentine’s Day Are Not What You Think 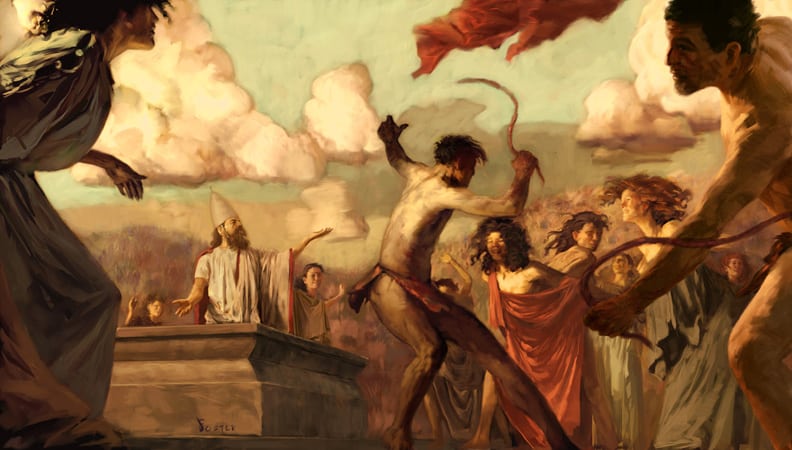 Digging in to the Roots of Love on Wings, Beloved of the Day, and the original Roman festival

In the Western world, Valentine’s Day was observed as long ago as during the Roman occupation of the British Isles. According to the American Book Days, the original connection between Saint Valentine and a lovers festival was quite likely accidental. Saint Valentine was martyred on February 14 in A.D. 270, and his name became associated with the Roman spring festival of Lupercalia, which was held on February 15. This festival, with its theme of fertility, apparently involved putting the names of young women into an urn, to be drawn out by men for “beloved of the year” pairing. Frank Staff, in The Valentine and Its Origins, notes the significance of a popular medieval belief that mid-February was the time birds paired for mating and that the associated idea of love-on-wings became connected to Saint Valentine and human lovers during that period.

Whatever its true origin, by the sixteenth and seventeenth centuries, Valentine’s Day had become a popular holiday, especially in Great Britain. It was a topic for poems and song lyrics, many written expressly for the occasion, such as John 14’ly’s “Apelles Song” 1584 in which Cupid and Alexander’s true love, Campaspe, play cards for kisses. Cupid unsuccessfully stakes his mother’s doves and sparrows on the game: a clear reference to the medieval association I have already noted. In addition, exchanging gifts-many times expensive ones-had become the custom on this date in the homes of the wealthy.

The Origins of Valentine’s Day Are Not What You Think