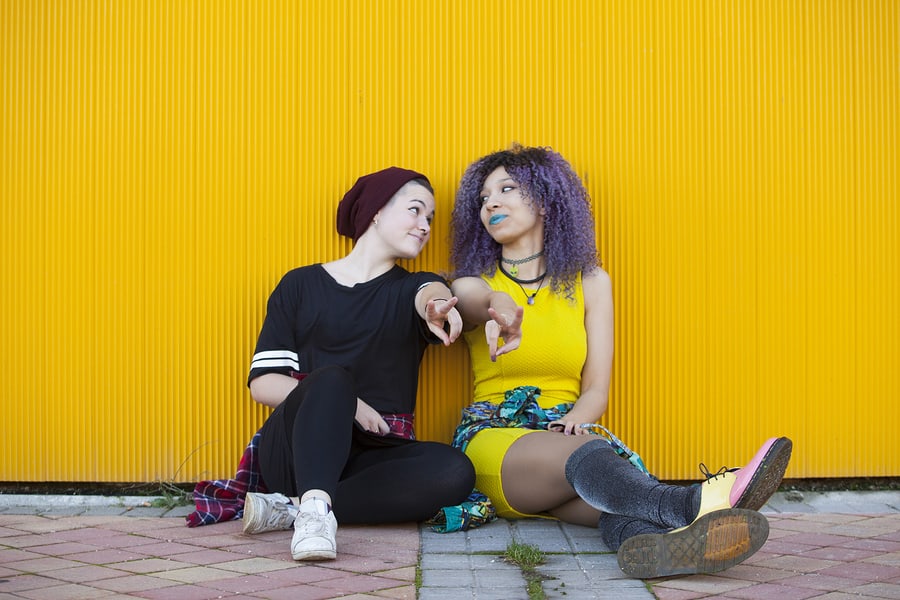 For so long, we’ve given our teens different rules based on gender, especially when it comes to dating. Let’s evolve those old-school ways, and set teens up for healthy relationships.

It seems that every time I watch TV, I see the same tired, old character tropes. There’s the overworked mom and the troubled best friend. There’s the awkward teenage boy and the too-cute little sister. But one sitcom stereotype always bothered me.

I cringe every time a show features the overprotective-dad-of-teenage-girl character.

You probably know the one: this is the dad who’s always trying to intimidate the daughter’s boyfriend or joking about punching her prom date. This is the father figure who interrogates any boy the daughter brings home, while completely ignoring the son’s girlfriend. Talk about a double standard.

We often see posts online of a dad’s “rules” for dating his daughter or threats to any young man who dares to ask his teenage girl out on a date, like this dad who told his daughter’s date that “whatever you do to my daughter, I do to you.” There are posts with dad’s holding guns, dads wearing shirts banning their daughters from being sexually active, and while this is usually meant to be humorous, it’s not.

This attitude isn’t funny or charming. It’s sexist. It plays to the idea that women are their father’s property, that their sexual lives depend on their dad’s say-so. It’s patriarchal, possessive, and downright creepy. Plus, it doesn’t help teenagers be safe or make the right relationship choices in the long run.

These actions tell daughters like me that not only are we not in charge of our bodies, but that we need a man to watch over us. Meanwhile, it sends a message to sons that they can do whatever they want. It also fails to teach young adults (of any gender) about healthy teen dating practices, like how to make good relationship choices, how to communicate with a partner, where to look for red flags about abuse or consent, and how to keep everyone safe and healthy.

Here’s how you can teach your kids about the teen dating world, keep them safe, and even help establish flourishing dating practices.

1. Don’t base curfews on gender.

It’s common to give different children different curfews. You might give older children a later curfew or reward one kid’s good behavior with an extra half hour on a weekend. But don’t let gender be a factor in choosing what time your kids should be home.

I understand the fear of a child staying out late and getting into trouble. You might be afraid that a female child is not as strong as her male counterparts, and could end up being the victim of a rape or sexual assault. That is a very real concern, but the truth is that sexual assault happens in all places, at every time of day, to all kinds of people.

Giving your daughter an earlier curfew probably isn’t going to stop an attacker. Teaching her how to keep herself safe, on the other hand, might do the trick.

If you’re worried about your kids falling victim to attacks, sign them up for self-defense classes, teach them safe drinking practices, buy them pepper spray, and make sure you know (and trust) their friends. Remember that these are all important lessons for girls, as well as boys. But, if you’re still concerned about your kids staying out too late, give them an earlier curfew, but do it equally.

When I was a teenager, I didn’t really have a curfew. As long as I texted my mom where I was and who I was with, I could come home when I wanted. Looking back, I’m so grateful for this system. Instead of trying to enforce a curfew, my mom and I talked about dating, friends, and making safe choices and we built a relationship of trust and self-respect that made me want to be honest about where I was and share what I was doing.

Meanwhile, my mom taught me to always walk with friends to my car, to not take rides with drunk drivers, to always carry pepper spray, how to choose the people I hang out with, and more. When I got older, I used what my mom taught me in college and beyond. When I went out to parties or bars I would use those practices and it helped me stay safe.

2. Treat potential mates equally: don’t give your daughter’s boyfriend 50 questions and wave “Hi” to your son’s girlfriend as she drives away.

Much like having different curfews, treating your children’s dates differently sends a bad message. Your teens can tell when you put more effort into getting to know their sibling’s partner more than their own. Not only is it sexist, but it could lead to feelings of favoritism.

A child might want you to take their relationship seriously, and if you don’t take the time to get to know their date, they might even think you don’t care about their personal life.

Before your teen even starts dating, make rules for getting to know your teen’s boyfriends and girlfriends. You might want to make sure you meet them before the first date even happens, let them know that this is a rule for everybody.

Then, once your son or daughter is seeing someone more regularly, or have made the relationship “official” — plan a dinner at home. Have a set list of questions you’d like to ask, and get to know the girlfriend/boyfriend.

When I was a teenager, I was amazed at how differently parents treated their kids’ dates. All of the girls in my class would complain and stress out about their parents embarrassing them, but they never worried about meeting their boyfriend’s parents.

Even when I met my (now) fiancé in high school, he’d point out how different his dating experience was from his older sisters’. While the girls had strict rules on going out with someone new, my fiancé and I did whatever we wanted. Kids notice the difference in treatment, and take note. 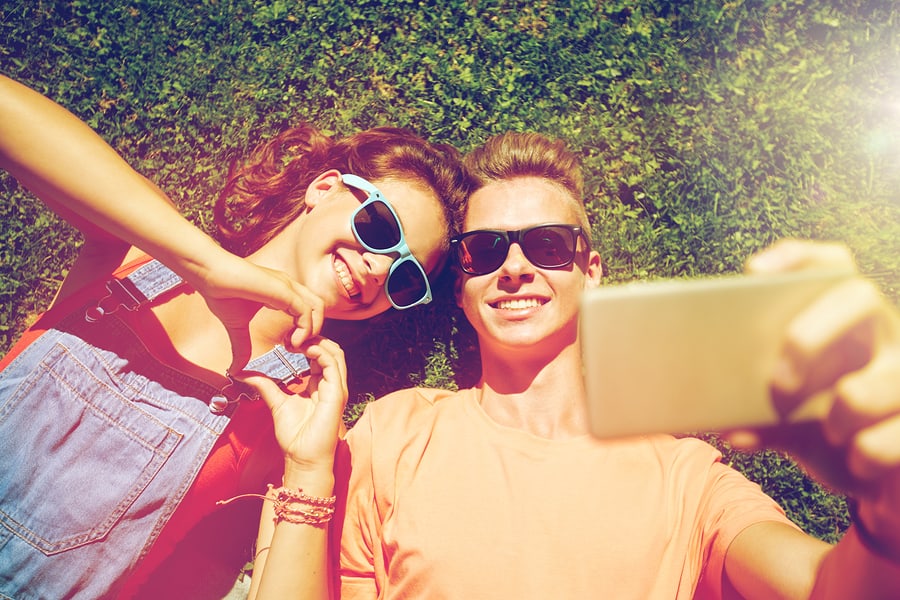 3. Talk about sexism you see on television.

Especially when children are young, they learn a lot from TV, which means you might have to be careful about what they take in.

Of course, TV has progressed a lot. It used to be that women were often only represented as mothers and homemakers and practically all the guys had to be tough manly-men. When I was a kid, I was always bothered by how many young women in shows were only there as a love interest for the male characters.

The great thing about modern shows is that it gives young viewers an idea of the range of who and what they can be. Plus, the shows are more politically correct.

Still, this doesn’t mean your kids won’t run into some old-fashioned sexism on TV and in movies.

When you encounter this problem, don’t be afraid to talk about it. Did a woman experience sexism in her workplace on a show? Did James Bond just spank that woman as a greeting?

Answer questions and talk about why what they’re seeing is wrong. Even if some actions are too subtle for your kids to notice (especially if they’re younger), point it out and talk about why it’s not right. Explain that even if the characters are acting in a certain way, you hold your family to a higher standard.

Use it as an opportunity to open up the discussion about what about what proper behavior is.

4. Be a good example: a healthy relationship at home.

When it comes to relationships, the best way to teach is by example. If you treat your partner with respect, your kids will learn to do the same.

Be conscious about what you say to your partner and treat each other as equals. If you want your son or daughter to be treated a certain way, treat your partner that way. They’ll learn what to expect, and what to do, from you.

One big mistake a lot of parents make is not taking the time to talk to their children about dating, and what to expect in a relationship. I heard of one case in which parents told their girls that they “couldn’t date until they were married.” That’s not realistic and it won’t set her up for a healthy teen dating life.

Don’t be afraid to talk to your children about romantic relationships. We all know it’s going to happen eventually, so it’s best to be prepared and give them the tools they need.

If you have young children, you might consider bringing your son or daughter on “date night” to see a movie and have dinner. Maybe it doesn’t sound very different from what you do normally on a family outing, but let your kids know that what you like most about date night is getting to be around your partner and learning more about what he or she has been up to.

As your kid gets older, don’t be afraid to have one-on-one talks about what to look for in a partner, what to expect in early relationships, and how one should treat a date.

When I was growing up, my mom would tell me about her early relationships, and her openness and honesty stuck with me. I learned from her mistakes and it made me trust her, and her advice, even more. Don’t be afraid to tell your kids about your experiences.

6. Don’t assume that your child is straight. Let them know that any healthy relationship is okay with you.

Of course, you shouldn’t assume your child is straight. Lots of kids are gay or queer, and it could be difficult for LGBTQA+ kids to feel comfortable and confident with who they are when they’re first learning about their sexuality.

Growing up, I was always told that being gay was okay. While I ended up being straight, I still appreciated being told that there were options.

Let your kids know about what a healthy relationship looks like whenever you can, and make sure to include same-sex couples in your examples. This could help your child feel safer talking to you and can help them get the tools for healthy, happy relationships.

Raising children can be difficult, especially when they start dating. But with these tips, you’re sure to help your child enter the teen dating world with the right tools for a healthy relationship.

Read more stories like this such as Play Together, Stay Together, Even Though It Can Be Maddening, Why It’s Great to Be Dating, and 7 Rules for Tapping Your Intuition in Love.