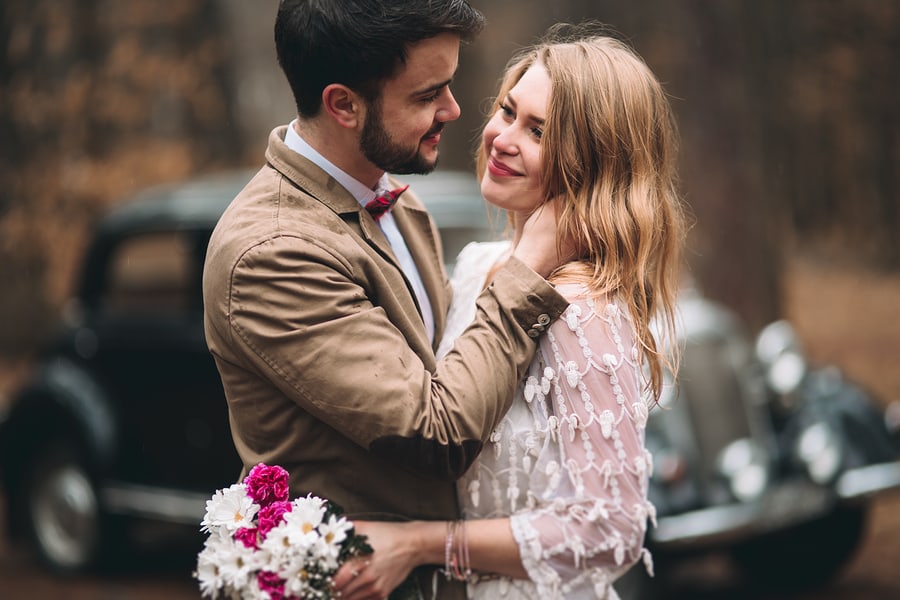 Once upon a time, two newlywed lovers rode off into the sunset. 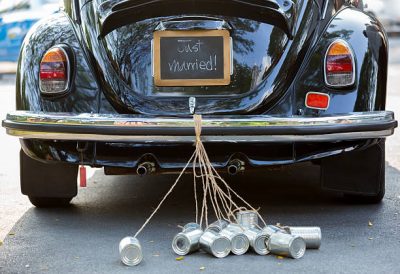 It was a perfect end to a perfect day: The Bride (wearing an off-beat vintage dress that totally said “I’m not like other brides”) took a celebratory swig from a flask in the passenger seat. Her Groom squinted like a sultry James Dean, driving toward the horizon with wind in his hair. The sexy beats of Arctic Monkeys accompanied them as they drove; they thought of the red-hot road trips they took when they had first been dating. This new beginning was just a continuation of a love that was already good.

The couple held hands and agreed: this was perfect, they were perfect, and the future was going to be perfect.

Being married wouldn’t change a thing, they swore. This was the happy ending they’d always wanted. Two lifetimes of buildup and anticipation, all those years of searching…everything led up to this moment.

Soooo…what now? Neither one knew for sure.

The Bride kept drinking her whiskey and the Groom kept playing the same songs on repeat and they tried to do the same things they did before the ceremony, before the proposal, before moving in.

It worked, for a while. But the sunset had to end sometime. What would they do in the morning?

Clouds moved in to cover the stars. The Bride and Groom were now Wife and Husband, and they tried their best not to mess things up.

“What do married people do?” they asked themselves. Both came up with their own answer, based on what they’d seen their parents, friends and TV couples do.

Wife made a nice dinner and set the table for Husband, because she heard she should prioritize quality time. Meanwhile, Husband picked up an extra evening shift at his job, because he heard he should save to buy nice things for Wife.

All it took was a phone call to disappoint them both. Gone were the days of long drives and free flying and throwing bouquets out the window. Now, he was a husband who worked long hours and she was a wife who ate pot roast alone.

“Why does he make me so sad?” She sighed. “This doesn’t seem like us.”

“Why does she make me so angry?” He groaned. “I thought that we would be different.”

She expected a date night; he chose a night with the boys. He expected they’d spend their day off at the beach; she preferred couples’ counseling. On and on and on it went.

One year later, this perfect pairing was dissatisfied in every way. Why?

Things weren’t really that bad, were they? He didn’t cheat, she didn’t lie, and neither one spent all their money. Plus, they were trying so hard! It didn’t make sense that they’d be so unhappy. Was marriage itself to blame?

True story: When my husband and I were married, we were convinced we’d never be like “other” couples. We felt like two single people who just happened to be getting married. “Nothing would change!” we vowed.

In five years, we imagined that of course we’d have romantic evenings of punk records and bourbon on the rocks. And in ten years, naturally we’d have the same careers and wear the same styles of clothing. And in twenty years, obviously we’d be the coolest parents/best friends/partners on Earth. Everyone would envy how non-traditional and happy and open we were. “Traditional” marriage was for the birds, we said!

These weren’t bad intentions at all. But eventually, our unconscious expectations of what should be threatened our conscious dreams of what could be. It took a great deal of listening on both sides to dissect the reasons why we expected the things that we did. And it was hard to admit that people weren’t lying when they warned us that marriage would change things.

Here’s where we went wrong: My expectations and his expectations did not match our collaborative goals. And the higher our expectations, the greater our potential for disappointment.

As much as we denied it, that piece of paper became more than ‘just a piece of paper’ the second we went beyond “I do” and claimed our “supposed tos” and “should.” And it’s okay. I believe that most couples go through this, at some point.

The first few years of committed cohabitation are specifically primed for chaos. The people you both were when you met will have changed by the time you walk down the aisle. And it’s often not until the glow wears off that you notice that anything’s changed. When that happens, it’s not necessarily bad. Just hang on. It takes love, patience and a sense of adventure to navigate what happens next.

I’d thought marriage would be just like dating, just with both of our names on a contract. I imagined we’d be the same people, forever. But that’s like saying “if I win millions in the lottery, I’ll still act like I do making $20,000 a year!” How silly.

When an event or person changes your life, your identity must be affected somehow. If this didn’t happen, no one would grow or evolve. We’d all still be raging toddlers, learning nothing and accomplishing nothing. But while change is a good thing, it’s stressful.

Sometimes opportunity feels like a crisis. Even something as wonderful as finding your soul mate can spark a personal breakdown. But the difference between a breakdown and breakthrough is the way you go about handling it. Change works in your favor, if you let it.

Expansion requires letting go of old limits, and this includes unrealistic expectations. And it’s not as scary as you might think. You can lower your expectations without compromising your standards.

It’s common for couples to articulate the same vision for their marriage, but display conflicting expectations through their actions down the road.

Nobody’s immune to unrealistic expectations, even the most non-traditional of couples. Overcoming this pattern is a challenge that can only make you better, together.

I’m grateful for all of it, now. Good and bad. We’ve been through a lot, and we’re stronger for it. We’re clear on what our relationship is and have chosen to accept and love it for what it is now, not what it “could” or “should” be down the road. At first, I thought letting go would mean accepting failure. But the results proved me wrong in the best way.

Now that we’ve stopped judging ourselves by old rules that don’t work, we’re free to meet the ideals we’d envisioned at the start! Our worst fears were never realized, once we learned to let go of them. 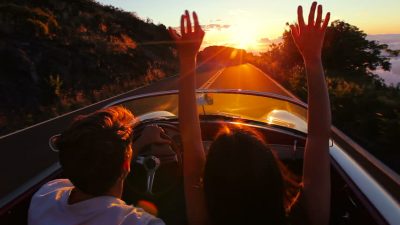 Love is not a perpetual ride into the sunset. Sometimes it’s two flat tires in a blizzard. And that’s fine! At least it’s not boring.

When that sunset ride ends and you run out of gas, get out of the car and push. Hold on to each other through the next morning, the next sunset, the next disaster and dream come true. Have faith in your future beginnings, because there will always be more.