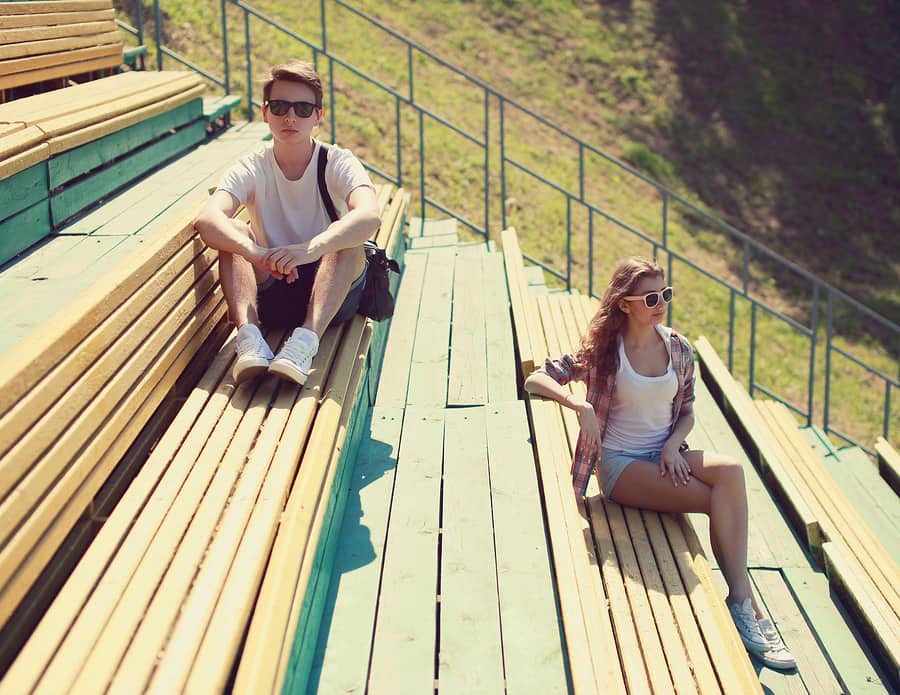 So how do you start getting over the break-up (and him)?

We totally get it: break-ups are tough. When it comes to bad break-ups, we collegiettes have all been there–curled up on the couch with a pint of Ben and Jerry’s, moping about our (now ex-) boyfriend and browsing though the newly posted pictures of him and his new girlfriend on Facebook. Getting over a break-up with your boyfriend is hard enough, but figuring out how to stop obsessing over him can be even harder. Maybe you constantly find yourself reaching for your cell phone to text him or you can’t seem to go anywhere without hearing Adele’s “Someone Like You” on the radio, but either way, you can’t get over him.

Regardless of what caused the split between you and your boyfriend, it’s understandable when you start to have hurt feelings and a sense of loss. Sometimes, you can fall into the trap of obsessing over the break-up, or even worse–reaching back out to him. But no matter what happened between you and your ex, it’s time to move on. So how do you start getting over the break-up (and him)? We consulted founder of Pink Kisses and expert on break-ups, Ellie Scarborough, to bring you the HC-approved guide to stop obsessing over your ex.

Unsubscribe to him on Facebook… or un-friend him altogether.

We social media-savvy collegiettes like to keep connected, checking sites like Twitter and Facebook multiple times a day. But there’s nothing that’s more of a downer than seeing your ex (in a picture with his new girlfriend) pop up in your newsfeed. While stalking your ex on his Facebook wall can be tempting, this only lets you desperately obsess over him. That’s why you should block or, at the very least, unsubscribe from your ex-boyfriend on Facebook.

Annie Pei from UChicago says that for her friend, breaking up with an ex online was an important first step to moving on with her life post-break-up. “A friend of mine unsubscribed to her ex’s updates on Facebook so he wouldn’t appear in her newsfeed,” Annie says. “This basically took away a lot of the incentive to look at his profile. She still did so once in a while, but the fact that he didn’t appear on her newsfeed took away most of the temptation.”

Evelyn, a collegiette from Amherst College, says that although it can take a lot of self-discipline, going on a digital hiatus for a while can be a great way to get over him. “When my ex and I broke up, I made a pact with myself that I’m not allowed to Facebook stalk him until I can be 100 percent sure that I won’t care if I see pictures of him with another girl (which will probably be in like another 5 years),” Evelyn says. “I still haven’t gone on his profile once!”