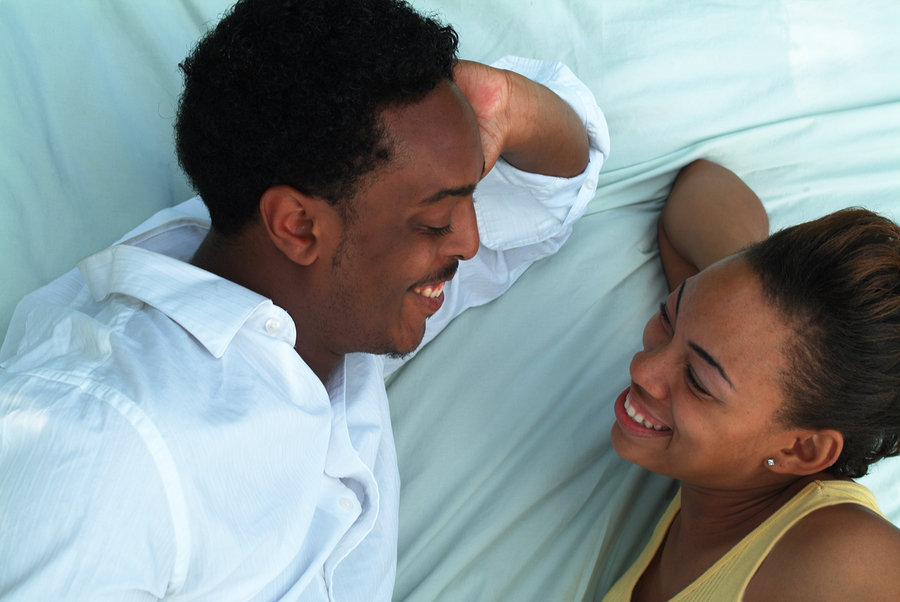 The Four C’s of Having the Talks

Sex is one of the basic instincts in human beings, and it is powerful.

Marriage is an arrangement we have created to discipline and channelise this powerful instinct in us. So, it is natural for us to think about our sex life, our sexual needs, and fulfilment, particularly when we are married.

There are three ways in which people respond, whenever their sex life sets them thinking.

David Reuben, author of How to Get the Most Out of Sex, writes: “If sex is right, then everything is right. If sex is wrong then nothing else can be right.”

Many people think about their sex life in the right direction and in the right proportion, but they may find themselves completely at a loss when it comes to “doing” something about it.

“How can my husband and I love each other so much, yet have such a dull and unexciting sex life?” asked a friend who is herself a clinical psychologist. Did she discuss the problem with her husband, a gynaecologist, to whom she has been married for over 11 years?

“I seem to be able to talk to him about everything, but our sex life,” she said, at last. “I don’t know how to tell him what I need without seeming to criticise.”

Get the signals right

Women, of all educational levels and life experiences, voice similar sentiments. Most married people lack basic information about their spouses’ sexual preferences. Our own informal survey of 70 wives found a myriad of needs they wanted to share with their husbands. But, as one woman told us, “It is difficult to know how to begin.”

Communication on sexual issues is one of the hardest challenges faced by many couples. As we do not openly discuss sexual issues ever with our parents, we do not learn how to communicate in this matter. It doesn’t occur to us to develop these communication skills even though they are very important in our relationship. We have only learnt to be uncomfortable and embarrassed with the subject. Couples often engage in the sexual act blindly believing that they know what their spouse wants based on pornographic viewing, or reading. This invariably results in an unpleasant and awkward sexual act.

Couples really do need to ask questions such as, “What would you like me to do?” “Are you comfortable?” “Does this feel pleasurable?” “What can I do to make it better for you?” “Is there anything in particular that you enjoy more, or something you do not enjoy at all?” If you are uncomfortable asking such questions, then probably you are not at a point in the relationship where you should explore sex at all. You can ask your spouse to signal to you, by squeezing your arm to suggest if she wants anything in particular.

Refrain from presuming and pretending to know what she likes and wants, as she will figure out in no time that you actually do not know what pleasures her. To begin with, young women may not know what exactly they want during the early days of their sex life; however, they soon figure out what they really want and what they absolutely do not enjoy. They may participate in these activities mechanically thinking they “should” be enjoying what their spouse is doing. Men think that they are expected to know what to do and women expect them to know it all. However, the truth is that neither of them knows it all and communication is the only master key to explore it all.

As couple counsellors, it is our continuous endeavour to make couples talk to each other openly about everything that matters to them. It is the first major lesson we teach even to those who come to us for pre-marriage counselling. For everyone in a conjugal relationship, and at all the stages of their relationship, “communication” is the life-line.

Talk, it is vital

If you wish to revitalise your sexual relationship too, communication is critical. It is not the amount or quality of sexual relations that makes or breaks marriage, but rather the degree of “fit” between partners’ sexual needs and priorities. Such mutuality comes only with communication.

Try to define for yourself and your spouse what your complaints and pleasures are. Many people are uncomfortable and shy about making specific requests, but we emphasise that open talk and experimentation are vital! No one can automatically know what pleases another, without adequate feedback.

Love does not make one a mind reader, but instead love is trusting each other enough – to ask openly and answer honestly.

Researchers William Masters and Virginia Johnson say something very insightful in this connection: “Love and physical desire wax and wane throughout a lifetime. This can not only be accepted but even enjoyed, if partners can communicate.”

Deepak came home from work and found his wife Sunita dressed in a long skirt. She greeted him with an enthusiastic hug and announced that she was serving one of his favourite meals – and, that too by candlelight. Instead of complimenting Sunita, Deepak responded to her efforts with an angry frown.

When Linda remarked that she was tired and wanted to go to bed early, her husband Mark bade her goodnight and settled down to watch television. The next morning there was no sign that Linda had benefited from her extra sleep. On the contrary, she snapped at Mark because he had forgotten to put the toothpaste back in the cabinet.

Deepak assumed that Sunita’s elaborate dinner was part of a plan to entice him into making love to her. That made him angry for two reasons: he had put in a hectic day at the office, and was not in the mood for romance. He also disliked being “manipulated.” But, Deepak’s assumption was incorrect. The dinner was a thoughtful gesture, not an attempt at seduction. Sunita had noticed that Deepak had been looking “down.” She hoped a festive meal would cheer him up.

Linda, on the other hand, wanted to make love to her husband, and her pretext of going to bed early was designed to tell him so. But, Mark did not get the message. He thought Linda was really tired, and she ended up feeling hurt and angry.

It is not uncommon for couples to experience such breakdowns in their sexual communication system. Sex is an extremely sensitive and personal subject. Attitudes towards it vary, moods don’t always match, and egos are generally at stake. Thus, it is not surprising that even the most compatible couples are sometimes tuned to different frequencies.

Most couples express sexual wishes with hints, code words and symbolic acts. There is nothing wrong with this. But, husbands and wives who use such signals should be aware of how easily they can be misread, misinterpreted, or simply missed. It is better to choose signals that can be clearly recognised as preludes to sexual activity – wearing particular nightwear, humming a special tune, talking about a previous romantic experience – anything that both partners will recognise and respect, but better still, is clear verbal expression.

It is strongly advised that husbands and wives do not conceal their desires out of fear of incurring a partner’s disapproval. Always take a chance. An invitation to make love is a compliment. Most partners will be flattered, and although they may not acquiesce to it on the spot, they will undoubtedly return the compliment before long.

People who can’t or won’t send out recognisable sex signals are no less a problem than those who can’t or won’t recognise clear messages when they are sent. In some cases, the lack of recognition is deliberate. A partner may prefer to ignore a signal rather than give a negative response. Or, s/he may be upset about something else, and the missed cue is a way of venting wrath, a passive aggressive act.

Can sex survive, let alone flourish, in a long-term relationship? We are pleased to report that the answer is a definite “Yes!” For no matter how long two people have been together, they can still get better and better at connecting with each other, sharing intimacy, making plans, talking about feelings and fantasies and learning how to play and touch.

Couples who never stop using their own intelligence, sense of humour and imagination to refresh their physical and emotional relationship, can have an enriching and meaningful sex life for a long, long time.

As a part of training in communication we emphasise four essential qualities [four “Cs”] that one needs to bear in mind. Communication needs to be Clear, Caring, Complete, and Continuous.

Clear. It is only Clear communication that conveys correct messages. Hints and gestures should be complemented with adequate verbal expression of your feelings.

Caring. Communicate, because you care for yourself, the other and for the relationship. Crass remarks, derision, taunts, abuses and sarcasm are uncaring and toxic to any relationship. They do not communicate, but instead end all possibilities of communication and communion.

The failure to “connect” psychologically is only one kind of sexual difficulty that can arise in an otherwise good marriage. Most couples find that their sexual encounters are influenced not only by how they feel about one another at the moment, but also by job pressures, financial worries, disruptive childaren, and above all, fatigue. Moving from a busy life into relaxed moments of intimacy often becomes extremely difficult, even for loving couples. Almost 50 per cent of wives report that the “inability to relax,” is a significant problem in their sex lives. While life-long inhibitions, fears and guilt may contribute to tension, it is also hard to adjust to instant intimacy when the bedroom door closes.