Why I Prefer for the Woman to Make the First Move 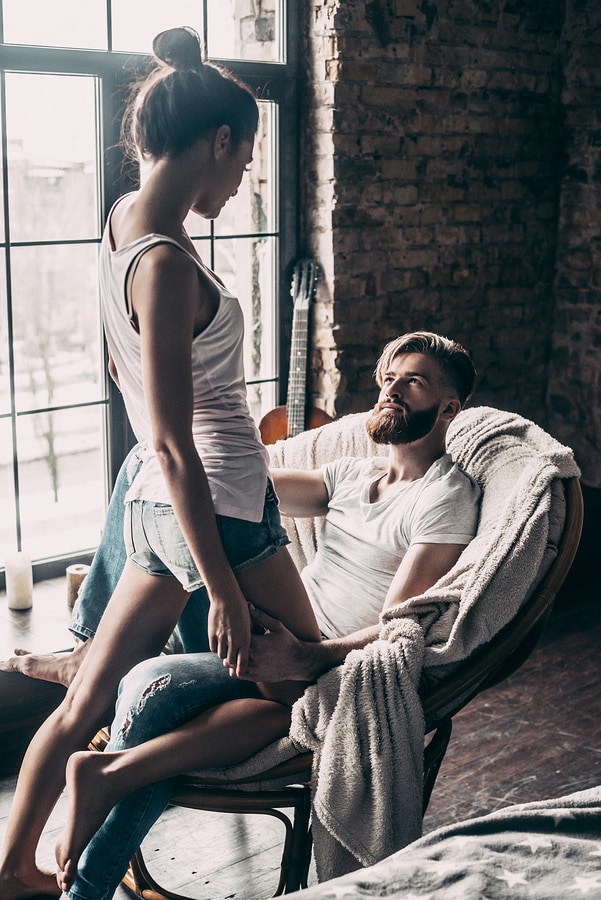 For 23 years, I’ve always felt like it’s been my responsibility to make the first move in dating situations.

It’s not like anyone has ever formally told me this would be my responsibility either.

It’s just one of those concepts that has been instilled in me by society — whether through popular culture or other forms of media — for about as long as I can remember.

And I’m not sure why.

I feel we’re at a place right now, as humans, where gender shouldn’t affect our behavior — or, at the very least, shouldn’t restrict it.

I’m sure there are women at the bar who would love to approach a guy they’re interested in but stray away from doing so because of conventional dating standards.

At the same time, I’d love for a woman to approach me. Here’s why.

It’s difficult to always be the one responsible for making any type of first move.

If I don’t make an attempt to approach you, it doesn’t always mean I’m not interested in you — it’s just that we, as men, can get shy too. And rejection isn’t always how we’d like to end the night.

It would definitely be refreshing for you to approach us once in a while, especially if you’re just sitting around hoping we’ll approach you.

At the end of the day, the first move is just that — the first of many potential moves.

We might just be too shy to make it, early on.

2. I won’t spend half the conversation wondering if I’m bothering you.

It’s difficult trying to create something out of nothing, and conversation is definitely not the exception, especially when you’re approaching a complete stranger at the bar and can’t really tell whether or not he or she is into you — or just entertaining your presence out of politeness.

And while we appreciate your efforts to conserve our egos, if your intentions aren’t on the same plane as ours, it’s really only leading us further down the rabbit hole.

For that reason, if we’re not 100 percent certain there’s chemistry, we may end up pulling the plug on our next move entirely, just to avoid bothering you.

3. I like a girl who knows what she wants.

Women who aren’t sure what they want are usually the ones who end up getting hurt, further down the road.

With that said, part of maturity is understanding what qualities to look for in another person and striving towards that.

It’s attractive to see a woman who is mature enough to act on her desires, regardless of any social “norms” that would suggest against it.

It will also lead to more successful relationships as a result of her being proactive about her own wants.

Nowadays, people are terrified of being single; they’ll settle for the first person who walks into their lives and shows them some attention.

Naturally, this is not a recipe for success. This is actually the fast lane to failure.

In my mind, “settling” comes from a place of insecurity. The way I see things, if you know your own self-worth, you’ll make sure you get something — or someone —  you deserve.

It might take time, and it definitely requires more effort than just waiting for your number to get called — regardless of who’s calling it.

5. It’s intimidating, and I find that sexy.

See, a woman who makes the first move shows she can thrive on the offensive side of things, too — and that can be intimidating.

In fact, I feel like Angelina Jolie has no trouble picking up guys at the bar, or had no trouble doing so back when she was single.

And I’m all about that.

6. I know your intentions from the jump.

I feel like the whole concept of flirting or courting another human being is a game; you want to show the other person you’re interested, but at the same time, you don’t want to show your hand too early on and risk coming on too strong.

A lot of times, however, men will misread the “signals” within this game of dating.

I mean, you might think you’re “playing hard to get,” but I might just take it as you’re not into me and back off.

When a girl takes it upon herself to make the first move, I won’t have to worry about trying to read — or misread — signals; I’ll already have a head start on deciphering your intentions from the get.

7. It shows me you’re confident.

Confidence is the most attractive human quality imaginable, so to see you walk up to me — without any fear of rejection — will always be sexy.

It also tells me you’re not insecure about certain aspects of your character or appearance, which is why you chose not to hide in the corner of the bar like the rest of the girls.

When I see a confident woman, it only makes me want to find out exactly what it is behind it — or what’s driving it.

That’s the basis of intrigue, and it will only encourage a more upfront, give-no-f*cks dynamic to the chase.

There’s nothing worse than pressing a certain girl for days, even months, only to find out she’s made reservations for your ass in the “friend zone” since the very beginning.

I mean, it’s not that you’re uninterested in being friends with her; it’s just that you haven’t been on the same page as her, which becomes frustrating.

If women made the first move more often, we’d be able to distinguish between “friends” and “potential dating options,” which suddenly makes everything clearer.

After all, in most cases, it’s better to keep those eggs separated.

It’s 2015; there shouldn’t be “norms” that still hold the greater population hostage to certain social situations.

If you’re a woman who sees a guy she likes, go talk to him. I doubt we — the entire male gender — will decide to just abandon any responsibility to reciprocate.

It’s not like that. We’re all humans here, humans with needs and wants — and we should all feel free to act upon these desires, regardless of our gender.

10. You’re not the type of girl who waits for things to come to her.

The fact that you possess the ability to see something you want and go and get it is a testament to your overall ambition.

It doesn’t make you any less “feminine” to go approach a male at the bar. I’m not sure how gender even comes into play, quite frankly, with respect to making the first move.

When you see something you want, you should feel free to pursue it — regardless of gender or any societal norm urging you to wait for someone else.

Why I Prefer for the Woman to Make the First Move