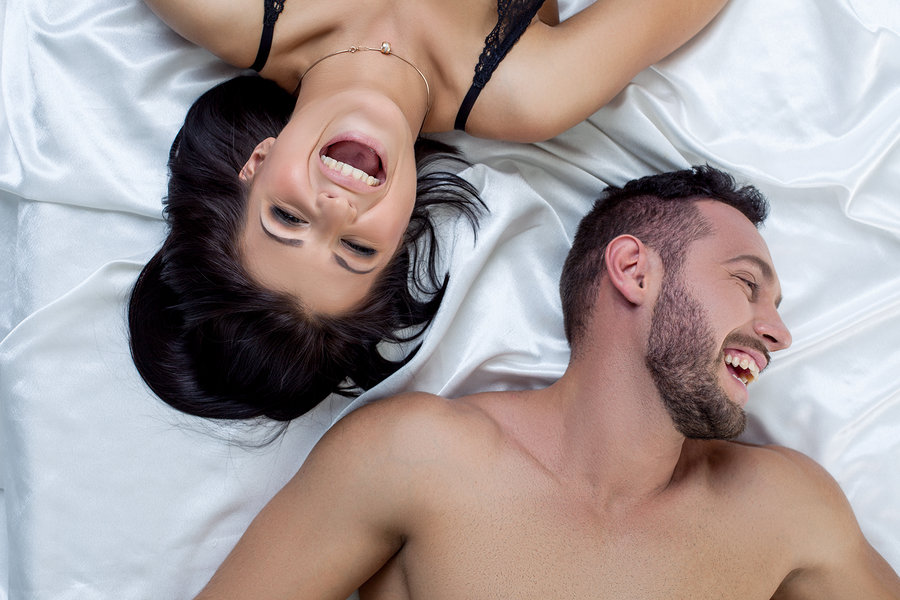 There are four distinct types of female orgasm.

You gotta love routines. They get you out of the house in the morning or into the gym at the end of the day. But relying on a routine to get off in bed? Not so sweet. Here’s why: There’s more than one blissed-out, body-tingling way to a happy ending, and the more paths you travel, the more exciting sex will be (and stay). According to a recent study published in the journal NeuroQuantology, there are four distinct types of female orgasm (clitoral, vaginal, blended, or multiple orgasms). You should try them all—starting tonight.

You know the external sweet spot is highly sensitive, thanks to the 8,000 nerve endings that congregate there. And if you’re like most women, it’s the go-to point of stimulation to send you over the edge. But according to Sari Cooper, a certified sex therapist in New York City and a columnist for Psychology Today, heading straight to the clitoris gives you a less pleasurable orgasm than if your partner touches, caresses, or massages other parts of your genitals before he homes in on that hot spot.

Though there is still some debate as to whether the G-spot exists, 30 percent of women claim they can have a big O from having the famous erogenous zone stimulated through penetration alone.

Techniques to try: First, locate the hot zone. On a solo night, explore the front wall of your vagina with your finger until you feel an area that’s rippled and spongy in texture. Touching it directly should feel pretty darn good. Then, during intercourse, have your man target his thrusting there. Try lying on your sides while facing each other, with your legs intertwined comfortably—think of two pairs of crisscrossed scissors. Keep your parts aligned and make sure his rubs against the front wall of your vagina. “This position allows for deeper thrusts that further stimulate the G-spot,” says Cooper.

Increase your chances: Achieving vaginal orgasm is more likely the longer the sex lasts, according to a study in The Journal of Sexual Medicine. Aim for about 15 minutes and, if it works for you, switch sex positions often. “This reduces the chance of your man ‘closing the deal’ too soon and helps your body experience new and fresh sensations,” says Michael Alvear, author of Not Tonight Dear, I Feel Fat. A warming lubricant can also help; try glycerin-free, water-based Pink Hot Pink Warming Lubricant for Women ($14.36, pinkapple.com).

Experts say a combined clitoral and vaginal orgasm is the most powerful finale (it can be twice as strong and intense as either orgasm is by itself). “You’re getting the best of both worlds,” explains Cynthia Lief Ruberg, a certified sex therapist in Columbus, Ohio.

Techniques to try: The girl-on-top position is popular for a reason—it’s perfect for the double-whammy finish. But you can also try sitting on your partner’s lap facing away from him (he can stimulate your clitoris while you control the thrusting). Or, for a twist on missionary, have your guy inch his body up so your hips are aligned, and tilt your pelvis upward so that the base of his penis is on your clitoris but the rest of him is inside you. “In this position, he’s not really thrusting up and down, but rather grinding against your pelvic bone,” says Ruberg.

Increase your chances: “A blended orgasm is easier if the woman becomes very aroused before she has intercourse,” says Ruberg. Go full throttle with foreplay—lots of kissing, touching, licking, and massaging all over your bodies—and if you feel your enthusiasm waning during intercourse, go back to the heavy petting. To help your partner out a bit, tell him or her to bust out these 10 Sex Tips for Your Top Erogenous Zones All Over Your Body. (Then maybe repay the favor with these 10 Sex Tips for HIS Top Erogenous Zones!)

To be clear, multiple orgasms happen one right after the next, not at different times in one session (although those are great too). Studies show that multiple orgasms are possible for some women if they can withstand being continuously stimulated after their first (and second and. . .) “finishes.”

Techniques to try: Starting in foreplay, have your guy get you to your first clitoral climax using his hands or mouth (or a vibrator). Immediately afterward, he should continue to stimulate your C-spot in a slower manner for about 30 seconds, and then resume a normal pace to get you to a repeat performance. “He’s playing with your level of arousal from a heightened orgasmic state by giving your erogenous area a rest, as it may be overly sensitive to stimulation, and then increasing arousal again,” says Amy Levine, a sex coach in New York City and founder of IgniteYourPleasure.com. From there, begin intercourse, which can lead to multiple vaginal or blended orgasms, using the same technique of slowing down and speeding up, as long as you keep the stimulation going and your arousal high.

Increase your chances: If you’re feeling too sensitive, ask him to continue stroking your clitoris over a buffer like a soft silk camisole or panties, or have him switch his focus to your breasts and nipples. Cooper says touching these after climax can push some women to yet another O. (A nipplegasm? True thing, and nothing routine about that.)