Why Women Love Dating in a Different Age Bracket 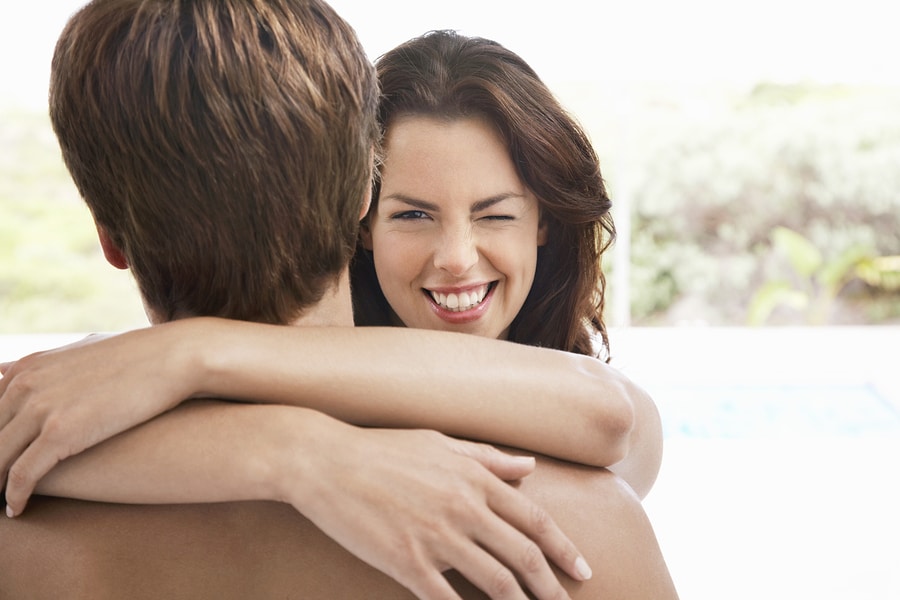 He Was Ready to Become a Dad

Despite an age gap of more than a decade, Colleen Smith and her husband Damian cite many factors that make their marriage work, including her role as the oldest child in her family and their common interests. But it was his dad potential that really won her over. “My husband is 13 years older than I am. The age difference has been good for us because I have a daughter from a previous relationship and Damian was more mature and able to navigate the delicacy of becoming a stepfather,” she says.

“My fiance is 30 years older than me,” says Tirzah Allen. While she waits for people to pick their jaws up off the floor, she explains the benefits of marrying someone old enough to be her dad. “The best thing about the age difference being so dramatic is that we both teach each other so many things about our generations,” she says. Ted is a big fan of old-fashioned chivalry, making sure to open doors for her, pulling out her chair and bringing her little gifts. “I love that he is such a gentleman. I always feel like a lady because he always treats me like one,” she says.

He Makes Me Feel Young

When Marianne Bright first met Christopher Farquhar, she didn’t know that she was graduating high school when he was just starting it. “He has such an old soul,” she exclaims. But she says the age difference, however small it is, is good for their relationship. “He appreciates my point of view and values my opinion as much as I do his. Plus, his boyish personality helps me be more relaxed and better enjoy the funnier things in life. I also tease him about being younger than my youngest sibling. That’s always fun at family gatherings!”

He Balances Me Out

Suzi Pugh says her marriage works because of the 14-year age gap between her and her husband, not in spite of it. “There certainly are some tricky aspects to our age difference but his responsibility and no-BS attitude balance me out. He’s the ying to my yang and all that jazz!” she says.

He Has an Ageless Soul

When it comes to true love, two decades don’t matter as much as you’d think, says Caitlin Constantine. “My husband’s got 18 years on me, but honestly, it’s one of those things that rarely comes up in our relationship unless we’re talking about specific cultural touchstones. But those things are really just cosmetic,” she explains. “The important parts—the parts of us that are most compatible—are without age!” The couple is passionate about endurance sports and takes every opportunity to train together for their next race. Their racing team even earned them a Couple of the Year award.

Caitlin says they share an outlook on life too. “We both tend to prize intangibles like ideas, experiences and relationships over the pursuit of materialistic things like fancy cars or big houses,” she says, adding they’re both “total do-gooders.”  She explains, “Brian once said that one of his main goals in life is to be useful and that’s something I feel strongly about too.”

He Keeps Me Calm

“I love the fact that he’s older and has a different perspective on things than I do,” says Tammy Macias, of her husband, who’s 19 years her senior. She adds that all his life experience comes in handy for her as well. “He’s much calmer in stressful situations than I am!”

He’s Not Afraid of My Success

Meghan McCann has always been an overachiever, but all her hard work has paid off—she has an established career in a field she loves, a house, and spends a lot of time traveling. The only problem was she felt like she was running laps around guys her age. So when she met her fiance Dave and found out he was nearly a decade older, she saw the age gap as an advantage, placing them on equal footing. “Because of where I am in my life and career—what some men would consider ‘ahead’—we connected better than I did with men my age I had previously dated.”

He Loves Being My “Boy Toy”

When Cathy Shipp met her would-be husband Kevin, it was love at first sight, despite the fact that she is significantly older. “We have a lot of fun with the older woman stereotype! He calls me ‘cougar,’ ‘cradle robber,’ ‘old lady,’ and stuff like that. And I call him my ‘boy toy!'” she says. “He’s just plain great.”

Heather Gannoe may be 12 years younger than her husband Jeff, but she often feels like the responsible adult in the relationship. His playful nature and energy make her laugh, but she says he does know how to be a grown-up (when he has to be). “Sometimes he acts younger than me, but he has a good head on his shoulders, takes things seriously when necessary, but doesn’t get uptight over things. Something I think that kind of wisdom really does come with age!” she says.

She Takes Care of Me

“I scored with our 8-year age difference!” Jan Graham says of marrying Robin Wright. Not only is the age gap not an impediment but she says Robin’s stability has allowed her to do the things she’s most passionate about, like running her fitness blog and starting a life coaching business. “My wife is further along in her career and brings home most of the bacon, not to mention she has all that great experience and wisdom stuff too,” Jan says. “Yet she’s young enough at heart to join me on adventures and boogie down on the dance floor and just be a crazy silly goofball sometimes!” The age gap has had another unexpected benefit: Jan points out it has spared them for going through menopause at the same time. (Way to find the silver lining of hormonal havoc, ladies!)

Why Women Love Dating in a Different Age Bracket