A Foreign Affair… How to Navigate Your Differences 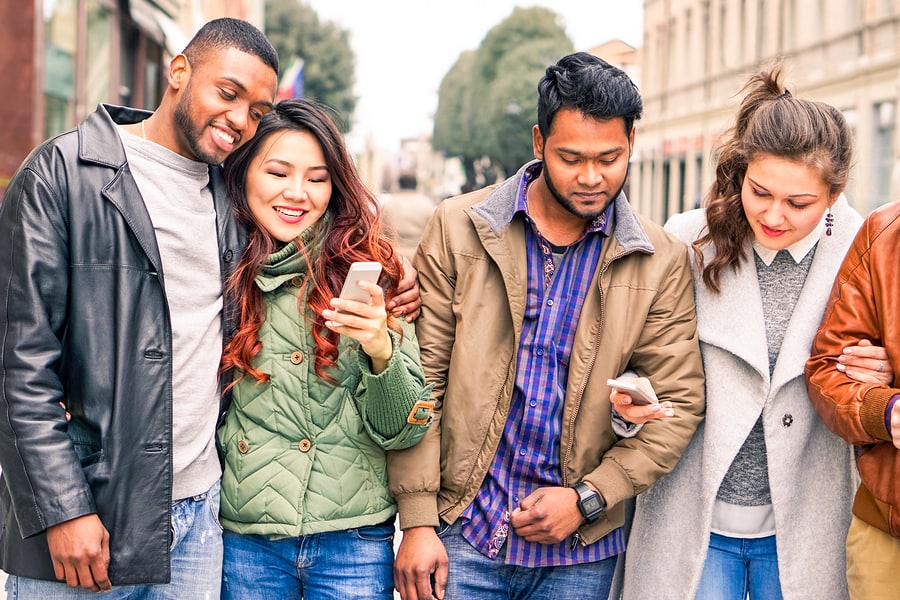 Culture involves the beliefs, behaviors and values of a particular social group. Our cultural identity may include (but is not limited to) nationality, religion, gender, race, political affiliation, ethnicity and socioeconomic class.

We are not the product of a single culture, but several cultures. For example, you may simultaneously identify as a Midwestern, working-class, Mormon, Democrat, American male of mixed Caucasian and Filipino descent. Or, you may be an affluent, Southern, Vietnamese-born female Libertarian who was raised Buddhist and converted to Catholicism later in life.

These various influences can sometimes create challenges in intimate relationships with a person from a different cultural background. For that matter, even couples from seemingly similar cultures may still have to navigate differences. For example, two middle-class, African-American Protestants may still have polar opposite political views.

Inter-cultural relationships provide the opportunity to gain an in-depth appreciation of other customs. Celebrate the festivities unique to your partner’s homeland or religious tradition. Spend time getting to know his/her family. Savor the foods from your partner’s native country. You don’t necessarily have to adopt all of your significant other’s cultural practices. However, willingness to understand your partner’s culture demonstrates love and respect.

Legitimate cultural differences exist and should not be glossed over; however, neither should these differences be blown out of proportion. If and when differing perspectives arise, seek to understand, rather than to judge.

While it is important to be aware of culture differences, also look for common ground. Identify similar values, preferences and interests. You don’t have to share everything with your partner; however, sharing certain core values (such as honesty, hard work, charity, etc.) can help reduce tension in your relationship.

Keep What Matters Most to You

While understanding your partner’s culture is important, you shouldn’t feel pressured to discard cherished parts of your own cultural traditions. Inter-cultural relationships require compromise but should not force one party to abandon core parts of his/her identity.

You may be dating someone from a traditionally reserved culture; however, your partner may actually be quite extroverted. Don’t let cultural stereotypes dictate your understanding of your partner. Instead, let direct knowledge of your partner (his/her personality and opinions) inform your understanding. Additionally, some aspects of your partner’s cultural identity may be more (or less) important to him/her, so learn what matters most to your partner. Carefully discuss any expectations for the relationship and/or marriage that may be influenced by your upbringing; these factors may include perspectives on gender roles, intimacy, finances and the holidays.

While society is generally now more accepting of inter-cultural relationships, many families still object, especially in the beginning stages of the relationship. Some parents persist in this resistance, even to the point of disowning their children. However, most families become more accepting of such relationships over time. Often, concerns about inter-cultural (and in particular, inter-racial) relationships are couched in terms of the impact on any potential children. While, even today, multiracial children may still encounter certain challenges, the American Academy of Child and Adolescent Psychiatry notes that such children are likely to celebrate diversity and appreciate being brought up with the benefit of various cultures. If you initially encounter resistance from your family, try not to be too reactionary. Instead, patiently affirm to your family your respect for your partner and the specific things you value in him or her. Hopefully, they will grow to love your partner as much as you do.

Plan for the Future

Cultural differences often become more acute when it comes to getting married or having children. Once a relationship becomes serious, you may have to make important decisions about where the wedding will be held, if/where you will worship and how your children will be raised. For example, if your partner regularly attends church, but you want to continue going to synagogue, your choices might include: 1) attend your respective services alone 2) rotate the weeks you attend at each location or 3) go to both services each week together. Cultural differences can also affect parenting decisions such as discipline, helping your child define and understand his/her cultural identity and what language(s) will be spoken in the home.

Our culture is part of our worldview—and our worldview influences how we see everything, including relationships. Loving your partner means loving him/him for who he or she is and culture is a distinct part of that.

While cultural differences can introduce certain challenges, these challenges are certainly manageable within the context of respectful and supportive relationships.

A Foreign Affair… How to Navigate Your Differences