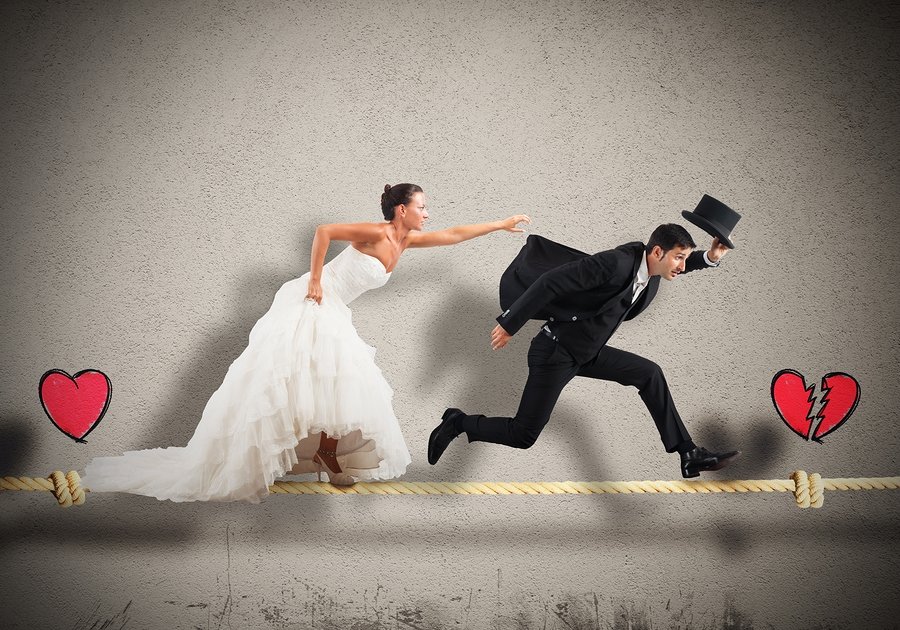 But here’s the important part: Not all men are terrified of relationships! When it comes to the subset of men who are, what makes them different? In other words, why are they so afraid of relationships?

The debate about whether men and women are extremely similar or extremely different doesn’t seem to go away, and it’s largely because we have little way of proving much within the psychological arena. Who knows, maybe one day we’ll learn so much about the brain that we can definitively answer the question. Odds are, however, that the day may never come: Perhaps the social influences shaping males and females are so powerful that it’s primarily the social part, and not the biological part, that makes men and women who are they are.

Do men fear relationships more than women? The truth is that it’s hard to tell. Measuring fear of intimacy among men and women in a research sense is tricky, but one study (Thelen et al., 2000) attempted it and found that men scored higher on a Fear-of-Intimacy Scale. To women who have known men terrified of relationships, this research will come as no surprise.

Anecdotally, my fifteen years as a therapist have shown me that men are often more afraid of letting their guards down and being vulnerable than women, so it would make sense if they fear relationships more than women. To give some context, the media is always reporting about the different ways boys and girls are socialized, and many of us see such gender-restrictive parenting among folks within our social circles. Because it does appear that boys and girls, at least historically, have been socialized differently, it would make sense that girls who were socialized to engage in cooperative play grow up to be women who are better at handling emotions and relationships than boys who were socialized to engage in competitive and physical play and grow up to be men who are less comfortable with vulnerability and emotional intimacy in relationships.

But here’s the important part: Not all men are terrified of relationships! When it comes to the subset of men who are, what makes them different? In other words, why are they so afraid of relationships?

Men who, as children, had an absent parent, a parent they lost, or a parent who abused them in any way are going to have an awfully difficult time seeking out and maintaining a healthy relationship. The wake of trauma can make romantic relationships almost unbearable and undoable if the man has not processed the trauma and worked through all the associated thoughts and feelings.

In addition, men who are afraid of relationships may have had a previous relationship as an adult that was traumatic. Having a previous partner who abused them in any way, cheated on them, left them or died can cause these men later to avoid emotional intimacy and relationships altogether. Though some or all of these men may still have a desire for closeness, the emotional pain from the previous trauma is too great for these men to take the risk and jump into a relationship again.