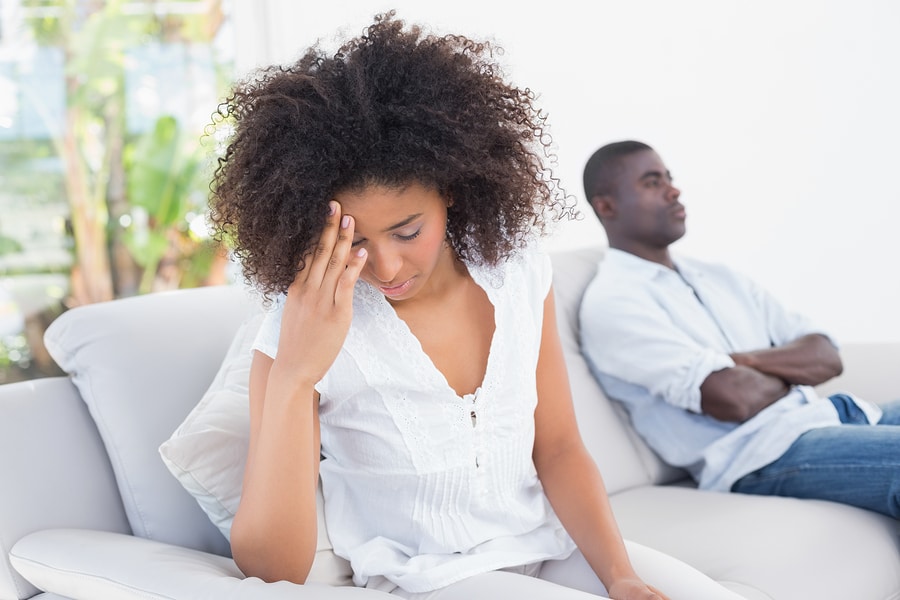 What’s the worst fight couples have?

Depending on your history with fights in relationships, the question might send a shiver up your spine. I solicited relationship experts of all stripes to reveal the most harrowing fight they commonly hear couples have — that argument that ends the relationship, or at least damages it nearly beyond repair. One conclusion: People say horrible things to each other in fights. Another: There are ways to avoid ever having such destructive fights to begin with. In terms of subject matter, the experts didn’t cite one particular awful fight as most typical, but rather each expert related a different spat they’d heard over and over that clients wish they’d never had. However, though the topic may have varied, the theme was the same: These brawls were down-and-dirty, rough, inconsiderate — and brutal.

None of these squabbles were of the ilk I’d file under “healthy fights,” but rather came from places of mutual disrespect, anger, fear, resentment and genuine lack of support for one another, rife with insults, judgment and attempts to control one’s partner. It doesn’t take a brain scientist to know that a quarrel like that isn’t going to end well.

The fights couples have that they wish they could go back in time and take back — the doozies, the ones that cause near-irrevocable fissures or linger in the relationship indefinitely — are the ones we’d all like to avoid in our romantic relationships. The good news: They are avoidable, as long as you stay on top of issues and don’t let your relationship spiral out of control to begin with.

My favorite response was short and sweet, from Joan Fradella, a Florida Supreme Court certified family mediator: “The one fight couples wish they never had is the one that preceded the appointment with either an attorney or with me.” Preach.

This one should be a no-brainer, but it turns out that couples who fight during or immediately after sex come to regret it (and yes, as usual, pun intended). “Avoid all arguments, and never say anything even vaguely critical during or immediately after lovemaking,” say authors Patricia Johnson and Mark Michaels. The married couple have written several books about sex and love, including Designer Relationships: A Guide to Happy Monogamy, Positive Polyamory, and Optimistic Open Relationships, and are adamant about barring fights from the bedroom. “Most people are in a highly vulnerable state when they’re turned on and after a sexual encounter,” they say. As such, a little tact and gentleness go a long way.

“If something is not working for you in the moment, and certainly if an activity is causing you any discomfort, it is good to speak out,” they advise. That said, steer clear from any language that implies blame or judgment. Don’t say, “Why are you doing that? It feels awful,” Michaels and Johnson recommend. Instead, try something more effective, such as, “I’m not sure I love that. Could you try this instead?” Unless there is an immediate need to say something, though, it’s best to put a pin in it and address your concern at a later date. “If something happens during sex and you feel the need to discuss it, kindness (not to mention enlightened self-interest) often dictates that you should save the conversation for later,” Johnson and Michaels say. It’s kind to bring up hard things, especially sex-related issues, outside of the bedroom; and it’s in one’s own best interest to do so, as there’s a better chance it’ll lead to a rational discussion — not a fight.

Michaels and Johnson put a spin on the old adage of “Don’t go to bed angry”: They suggest that you take it literally, and never have an argument in bed. Putting fights to sleep before you put yourself to sleep “is a somewhat controversial bit of conventional wisdom, though some recent research tends to support the idea,” they say. If you have to have a difficult conversation with your partner, try to do so at a time and in a place that “will minimize their potential for disrupting your connection” — not just before it’s time to snuggle. “While it may not be humanly possible to avoid ever going to bed angry, doing your best to minimize conflict in advance of sleep is kindness in action,” they say. So try not to have a fight just before bedtime, and “dedicate a space for your disagreements,” they say.

I’m just going to quote Johnson and Michaels here, because what they have to say on this is so brilliant.

“If you’re getting ready for bed and are having an argument or feel one brewing, choose to take the discussion into that dedicated space and wait until things have cooled down before calling it a night. Most couples have most of their sex in bed, and it’s difficult enough to eroticize your shared sleeping space. Thus, it’s a good idea to refrain from creating an association between your bed and conflict. Being kind is not an abstraction; it’s all about making choices that demonstrate your esteem for your partner and send the message that, even if you’re furious about something, your anger in no way diminishes your regard.”

Mic down, Michaels and Johnson.

“Money is … the number one topic that couples fight over (with sex coming in second),” says relationship coach and psychic medium Cindi Sansone-Braff, author of Why Good People Can’t Leave Bad Relationships. Money fights, or what Sansone-Braff calls “fiscal infidelity,” happens when “one partner learns the other partner has cheated on them in monetary matters.” The cause changes, but the problem is always the same: “Whether this person is guilty of lying about how much money he or she makes, claiming he or she can’t find work, gambling, spending too much, abusing drugs or helping out other family members without his or her partner’s consent doesn’t matter,” says Sansone-Braff. “The bottom line is that fiscal infidelity causes people to feel that they have been deceived and betrayed.”

It all depends on how deep the fiscal betrayal goes. “The extent of financial ruin, and the amount of lying and manipulation employed to cover up the financial sinkhole, can and will determine whether these actions become a deal breaker,” Sansone-Braff says. “Additionally, If money had been a major issue in either or both of the partners’ parents’ marriages or relationships, then this can really trigger a ‘War of the Roses’ scenario that can either destroy a relationship — or rebuild it back up from a more honest and stable foundation of pecuniary transparency and trust.”

In other words, this fight offers a chance for healing if it’s played right. If it’s an ongoing fight that gets dragged out for a ride every month or two, it’s obviously not healthy and will lead nowhere. But if you and your partner see this conflict as an opportunity to work on fundamental financial issues and invite each other to have more truthful conversations as a result, the fight could lead to harmony in the end.