When You Are Kissing These Hormones Get Released 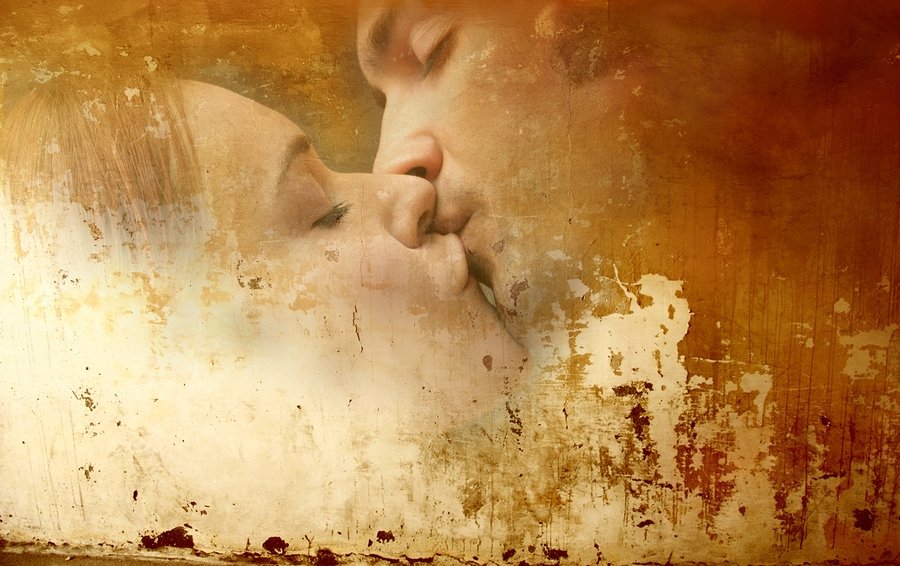 What’s in a kiss?

In the average lifetime, most people spend 20,160 minutes kissing. A passionate kiss can burn up to five calories per minute. The longest kiss, recorded in Thailand in February 2013 by Guinness World records, lasted 58 hours, 35 minutes and 58 seconds. But these philamatology1 factoids2 don’t really explain why people kiss.

Kissing not only feels good, it’s good for you. It relieves stress and releases epinephrine into your blood, making it pump faster, which signals a reduction of LDL cholesterol. But while “swapping spit” in today’s culture most often denotes sexual attraction, there’s more to it than that:

“’Mucous membranes inside the mouth are permeable to hormones such as testosterone. Through open-mouth kissing, men introduced testosterone into a woman’s mouth’ which ‘is absorbed through the mucous membranes… and increases arousal and the likelihood that she will engage in reproductive behavior.3”

But because some cultures don’t include kissing in their mating rituals, it’s possible the first kiss was given by a mother to her child rather than being shared between a couple.

Psychologists conjecture that kiss-feeding – exchanging pre-masticated food from one mouth to another was how babies received the nutrients needed to grow up strong and healthy (as they’re not always available from breast milk). This jump starts the digestion process and makes vitamins like B-12 more easily absorbable.

Actress Alicia Silverstone’s blog recently included a video of herself kiss-feeding her child4, nicknamed Bear, offering a clue to the meaning of mouth-to-mouth contact from a child’s perspective:

“I just had a delicious breakfast of miso soup, collards and radish steamed and drizzled with flax oil, cast iron mochi with nori wrapped outside, and some grated daikon. Yum! I fed Bear the mochi and a tiny bit of veggies from the soup from my mouth to his. It’s his favorite… and mine.

He literally crawls across the room to attack my mouth if I’m eating.”

There’s a school of thought that contends that the cuddling, visual attachment and emotional bonding that takes place between mother and child during breastfeeding and/or kiss-feeding helps the child establish healthy attitudes toward food later in life. Subsequent baby-led weaning (BLW), which includes premasticating regular whole foods in lieu of serving processed baby foods and spoon feeding, is said to:

But it’s also said to help children develop confidence and security in their future relationships. Of course, what you feed your baby after breastfeeding also is crucial. Merging from breastfeeding on demand to gradually introducing regular foods is what humans have adapted to do.

According to Dr. Kevin Boyd, whose anthropological studies led him to ascertain that children’s dental health depends very much on this transition, as well as an absence of carbohydrates and sugar in their diets.

Interestingly, babies up to four months old can only focus on objects eight to ten inches from their faces – about the same distance between infants and their mother’s face when breastfeeding5 – suggesting that facial recognition is the beginning of emotional, not just physical, attachment.

The phenomenon of pareidolia – seeing faces in flowers and cloud formations – may reinforce the possibility that the search for emotional attachment may be one of mankind’s most elemental instincts.

In the 1950s, Dr. Harry Harlow conducted experiments on attachment at the University of Wisconsin which today would undoubtedly be considered cruel. Harlow separated young monkeys from their mothers soon after birth and placed them in cages with two “fake” mothers.

One was an immovable doll made of soft cloth, while the second, mechanical “mother” was made of cold, unyielding wire which nonetheless provided food. The young monkeys were then confronted with a scary, threatening contraption. But rather than running to the mechanical food source, they invariably scampered to the soft, cuddly doll mothers, showing that comfort was more important to them than food.

Harlow also created a rejecting “mother” that used a blast of pressurized air to push the baby monkeys away. But they clung even tighter to these mother figures. The scientists observed that the “rejection” actually strengthened the baby monkeys’ determination to hang on, and essentially, attach. In the 1960s, similar experiments conducted by Dr. Eckhard Hess6 at the University of Chicago involved electric shocks to keep ducklings from attaching to figures they imprinted on. But this only strengthened the ducklings’ behavior and made them follow even closer.

Experiments by A.E. Fisher on puppies in 1955 divided them into three groups. The first was treated kindly, while the second group was treated harshly and punished whenever they approached the researchers. The third group experienced random kindness mixed with punishment, so they never knew what to expect. But the third group of puppies formed the strongest attachment to the researchers. Guy Murchie7 dubbed this the polarity principal, which says the stress of uncertainty is one of the strongest factors affecting attachment, love and dependence.

These clinical tests introduce a paradox, which can be valuable teachers into the human psyche. Like the baby monkeys, ducklings and puppies, uncertainty can affect attachments and the most deep-seated behaviors – including who and how you kiss.

But what happens when early attachment was “iffy,” if not altogether absent, or when later attachments or relationships leave you feeling neglected or even abandoned? This is just one type of stress you can address using the Emotional Freedom Technique (EFT), which can help you eliminate emotional “scarring,” reduce the emotional impact of memories that trigger emotional distress and reprogram your body’s response to emotional stressors. EFT along with eating well, getting adequate sleep and exercising regularly, can help restore your energy meridians as well as your mind/body balance – whether or not you spend 20,160 minutes of your life kissing.

When You Are Kissing These Hormones Get Released