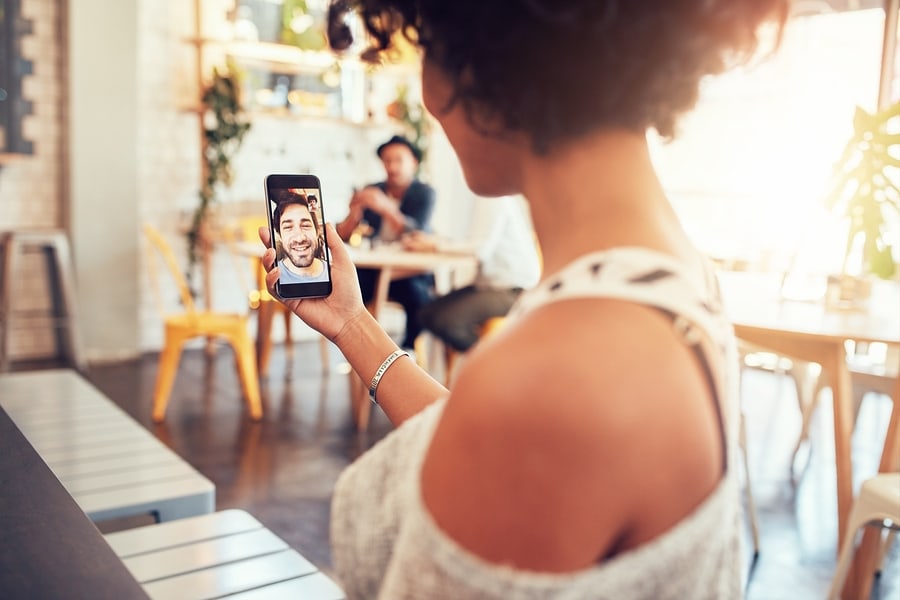 Oh, great, that’s a decent response to the ever common, “so, what do you do for work?” dating question. I was especially relieved at this response considering the fact that on my Tinder profile I specified, “no comics.” I had just broken up with a comic, the third of which I had dated, and I was, as they say, “over it.”

There’s a certain unmatched immaturity and weird competitiveness that comes from these special little beings, particularly when they’re paired up with a female comic such as myself. Now, don’t get me wrong, not all comics are assholes. But a great many of them are, and when they’re not, they’re often quite immature, or very sexist, or extremely egotistical, or unbearably cynical and insensitive, or terrible with their finances and in incredible amounts of debt, or just overall difficult to have any real conversations or sweet moments with. But again, they’re not all like that. Just the ones I’ve dated. And met. And heard about.

But it wasn’t just comics I was trying to avoid. I wanted someone far away from the entertainment industry as a whole, which can often be a challenge when dating in a place like Los Angeles, but here we were. Finance. Lucky me!

We were both really excited to meet, but I was working a day job in addition to an internship at a comedy theater in exchange for free classes. My schedule was slightly hectic and he and I lived a “far” distance from each other. (I was in the valley and he was in Hollywood, which in any other part of the country would be close, but in LA we might as well have been in different states) These circumstances meant that it would take awhile for us to set something up.

As time went by, he was seemingly more frustrated with the wait. His impatience was becoming quite clear, but he was cute and I was still serial dating at the time. We had sexted a couple of times and he seemed like he might be fun in that area of life. My policy at that point was to say yes to a date with anyone and everyone because at the very least I’d have a great story. So when someone got an attitude with me, I didn’t really care. I wasn’t looking for “Mr. or Ms. Right” at the time. I was looking for someone to have wild sex with, or at the very least give me something entertainingly bad to talk about later.

Eventually after a bit of whining and attitude, he told me he might be able to meet me during his lunch hour on a Monday. He worked from home but could pull himself away at around 1 if that was okay with me. Best part about it up until this point was the meeting place he chose: Target. There’s a Target in Hollywood with outdoor seating, in a sort of strip mall-type atmosphere. So that’s where we met. Not for lunch, just to meet. It was clear by this point that he wasn’t even intrigued enough to pay for a meal, or even go halfsies. Despite my policy of saying yes to everyone, I hadn’t had a super douchey date yet. Up until this point, that is.

I couldn’t really figure it out. He would sip on his green can of Monster energy drink while telling me things like, “you’d probably be a pretty good cam girl. You could make like…15 bucks an hour I bet.” He talked about his ex girlfriend a little more than most would consider to be polite on a first date. We also talked about my comedy a little bit. I told him I just received an email about the Last Comic Standing audition at the Hollywood Improv. I showed him the email because I was excited, and he said, “Oh, so, it’s probably like an open mic or something.” I explained that, no, this was an invite-only type of situation, to which he replied, “But probably a lot of people get invited, like thousands I’m sure, right? ‘Cause they have to have bad people to film at those things.”

I didn’t get it. Why was this guy being such a jerk, and why was he acting like every comic I’d ever dated? Was I wrong in thinking that the competitive asshole element would be removed if I dated someone outside of my chosen career path? Why was this guy starting to turn into the green monster that he drank before very my eyes?

I left the “date” feeling strange and almost defeated. What was it all for? I wasn’t even left with a good story. It was just…icky. I put it out of my brain for the most part but every now and then I would think about how odd it all was. About four months ago I deleted our message thread, which I had forgotten even existed, during a phone cleanse.

A few weeks ago I asked a neighbor if she had any good dog watchers/walkers that she could recommend. I was preparing for a trip and wanted to get a good person at a decent price so I was asking around. She texted me the contact numbers of three people and said they were all great. I went to contact the third one and realized…he was already in my phone! IT WAS HIM!!! The asshole “finance” guy was a dog walker?! No WAY!? I texted my neighbor to tell her and here’s how the conversation went:

Me: One of your dog walkers is a guy I went on a TERRIBLE tinder date with! I went to message him and he was already in my phone! Eep!

Me: It’s funny too cause I saw him walking (Dog’s Name) once and was like, that looks like that (Dog Walker) guy, nah, no way, he said he was like a big shot finance guy. Can’t be (Dog Walker).

Neighbor: What?? Rly??? He is like an unemployed comedian.

Boom. And there you have it. The explanation. And a justification. It suddenly all made sense! The way he always came back with a snarky remark when I texted, “Tonight won’t work, I have a show.” The way he acted when I told him about my audition, and the way he acted in general. Everything finally added up! He was just another in a long line of asshole comics.

So the date wasn’t completely pointless. I guess I did get a pretty decent story out of it after all.