That Tape! and My Triggered Flood of Shame Memories Starting At Age 6 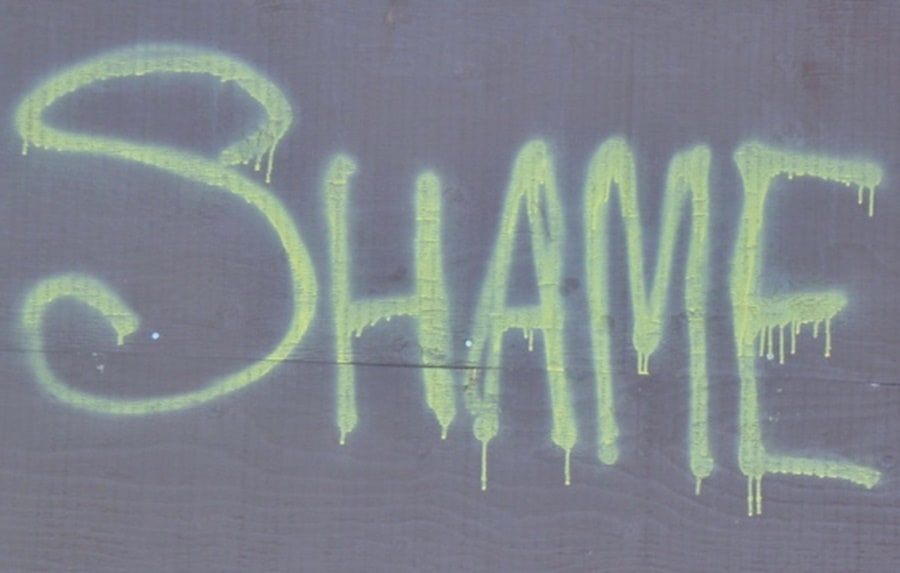 I felt the over bearing weight of shame that I did not deserve or provoke….Have you ever felt that?

Shame doesn’t really care who’s taking it on, even if it’s not deserved.

When I was asked to write about the Donald Trump media leak of him bragging about sexually assaulting women, I thought it wouldn’t’ be hard to conjure up some opinions on the subject. I am, after all, a woman who has a vagina that could possibly be up for grabs by him, so yes please, I’d like to tell you what I think. However, as I sat down to write about it, my thoughts became all jumbled and messy, and I would begin draft after draft only to erase the whole thing and start over. Why was I having so much trouble writing an objective piece on hearing a man who is running for President of the United States talk so openly about grabbing and kissing women?

I took a long time to sort out my thoughts, and when I finally did, what I discovered was an ocean of bad memories of my own sexual assaults, with the first being when I was six years old. I pushed these memories out of my mind, covered them up with other happier memories, like my wedding day and the birth of my daughter. But now, here they were. All dusty and dirty, occupying space in my mind. So now I guess I have to deal with these feelings. Fuck.

The first memory from when I was a little girl happened around my home by a kid I knew. He didn’t rape me, or molest me, but he did expose his penis to me and grabbed my hand to make me touch it. He was 13.

While I don’t remember many details of what lead up to that event, I do remember the feeling that came over me that I later recognized as shame. For the first time at six years old, I felt the over bearing weight of shame that I did not deserve or provoke. It was thrust upon me and in a span of no more than 10 seconds; this feeling became a part of me, and reared its ugly head a lot over the years.

I felt shame again when I was 10 and a brother of a kid in my school chased me and grabbed my chest really hard, then ran away laughing, and again when I was 19 and a guy in my group of friends pulled down my top to expose my breasts then jammed his hand down my pants, and again when I was in my 20’s and the manager of a fine dining restaurant I worked at for a few years harassed me, sexualized and bullied me so much I started to feel nauseous on the way to work.

When I sit down and define what the feeling of shame actually is for me, it’s a combination of fear that I will somehow be in trouble if I report it or don’t go along with it, that no one will believe me anyway, and that it will automatically be assumed that I did something to provoke this unwanted behavior.

That Tape! and My Triggered Flood of Shame Memories Starting At Age 6

Amy Albert - Amy Albert is a comedian writer lady person. She is a sketch comic who lives in Los Angeles with her husband, dog baby, Dave and human baby, Bo. Amy is a member of sketch team The Mutiny who was the recent recipients of the Del Close Awards for Best Scripted Show and performed at the Comedy Central Stages. Amy wrote a web series called “Assistance” about being a Hollywood assistant to an actress that was a 2015 LA Webfest award winner for Outstanding Writing in a Comedy, Ensemble in a Comedy and Outstanding Comedy Series. Amy has also written and starred in a one person musical character show called Delilah Dix-America’s Showgirl, which toured all over the US and UK in venues like the Edinburgh Fringe Festival, Women in Comedy Festival, Los Angeles Comedy Festival and Ars Nova in New York where she was once referred to as a “really talented broad”. It was at that moment she discovered her love for the word “broad”. Visit her website at www.laughatamy.com