Vixen…Interview with a True Burlesque Diva 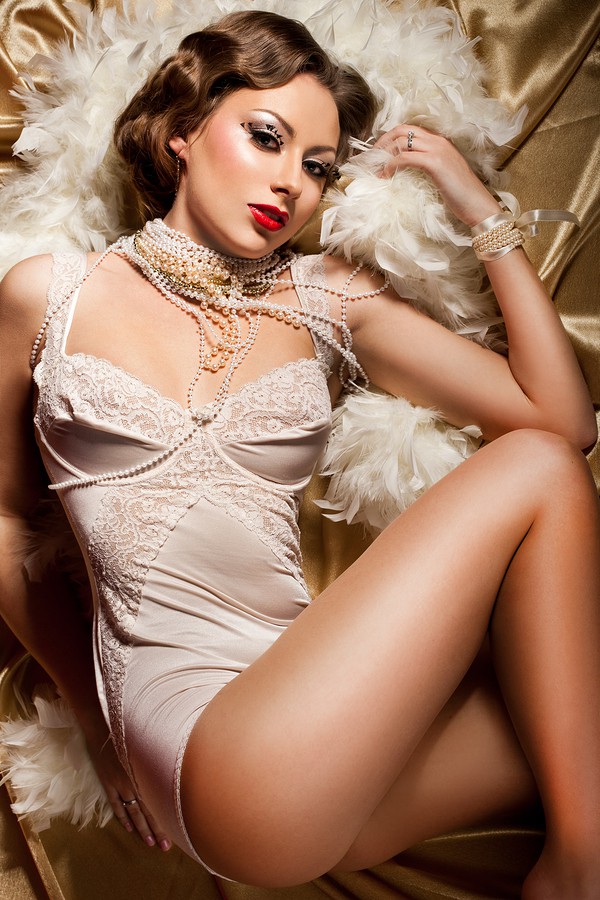 Are you looking to improve your confidence, both in and out of the bedroom? Look no further than your own boudoir. Burlesque is more than just the tease; it is an attitude of confidence that can positively impact every area of life. There is a body-positive revolution brewing; and today, we meet a British bombshell who is setting the west coast ablaze with it.

Prepare to meet your next girl crush.

The Performer: Vixen Deville is an other-worldly sex goddess: she swallows fire, walks on glass, defies gravity with aerial hoops, and tantalizes audiences with her curves. Since leaving London for Los Angeles, Vixen has been blowing Hollywood minds with her saucy personality and sensuous feats of daring.

The Person: Cat LaCohie is a force of nature with a big mission. She lives to awaken the power in others, by teaching women (and men) to embrace their wildness and express their sensuality through Burlesque.

I recently got the chance to sit down for a no-holds-barred interview with Cat. In this intimate conversation, she reveals the lessons she has learned. In Part 1 of the following Q&A, Cat LaCohie tells us how it all went down. In Part 2, Vixen shares exclusive tips on how you can harness your own feminine power.

The Birth of Vixen

How did Vixen come to be?

“Originally, Vixen was everything I wanted to be, but wasn’t in real life. Growing up, I was overweight and unpopular. I hated giving presentations at school. But by the age of 9 or 10, I fell in love with acting…and I identified with strong characters, like Scarlet from Gone With The Wind. I wanted to be her, wearing corsets and dresses and everything. I became more comfortable being someone else. As a character, you can say whatever you want with no personal consequences – because they all assume you’re pretending.”

Who is Vixen, now?

“Looking back on it, I realize that if I had the confidence at the beginning, there would have been no need for a character. The stage was a safe space to express my honest thoughts. Vixen DeVille was me. When I feel powerful and sexy and shameless as Vixen, I am embracing my vulnerability and power as Cat. Vixen and I are very similar.”

I feel like everyone has a brazen alter-ego inside of them. What are the benefits of embracing this?

“As myself, I have become more confident in certain situations because I realize I’m not being judged for what I say anymore. If I say something a bit off the cuff, a bit more tongue in cheek, people like me for it. People like me for not giving a shit. You don’t have to ‘fit in’ or guess what people are expecting you to be. People love the quirkiness and weirdness that is you.”

Does Vixen also play a part in the bedroom?

“I think people expect me to be really adventurous and dominant in the bedroom, because of the persona. And Vixen is very domineering…all leather and corsets and all that. But I’m not even into that. It’s like how Halloween comes once a year and you have an excuse to dress how you’ve always wanted… Now that I play Vixen on a weekly basis, I don’t need that outlet anymore.

“In the bedroom, having a connection with somebody is way more important than sex toys or bondage or anything. It can be fun, but it shouldn’t be everything. If someone feels the need to do this with somebody, they might be avoiding connection. Great sex means simply being in tune with each other. Everything else is just bells and whistles. I personally like being dominated a little bit. It’s a give and take, really.”

So while you and Vixen are very similar in life, does it bother you when people expect a certain thing in bed?

“Just because I dress a certain way, or listen to a certain type of music, or behave a certain way onstage…I’m not that way in bed. Marilyn Manson doesn’t go around killing children. You like to watch horror films, but you’re not an axe murderer.

Vixen does not discriminate when flirting with her audience. How do people respond?

“Onstage, I flirt with men and women absolutely equally. Men really like Vixen, but women find themselves attracted, too. Last night I did an act where I brought a woman onstage with me.

“People tend to over-think their sexuality to the point of shame. The stage is very freeing…if I didn’t have Vixen to speak through, I might not have had a chance to explore my sexuality. The audience jumps right in. It’s like group therapy!”

Vixen…Interview with a True Burlesque Diva