How to Have Empathy and Speak Up for Myself 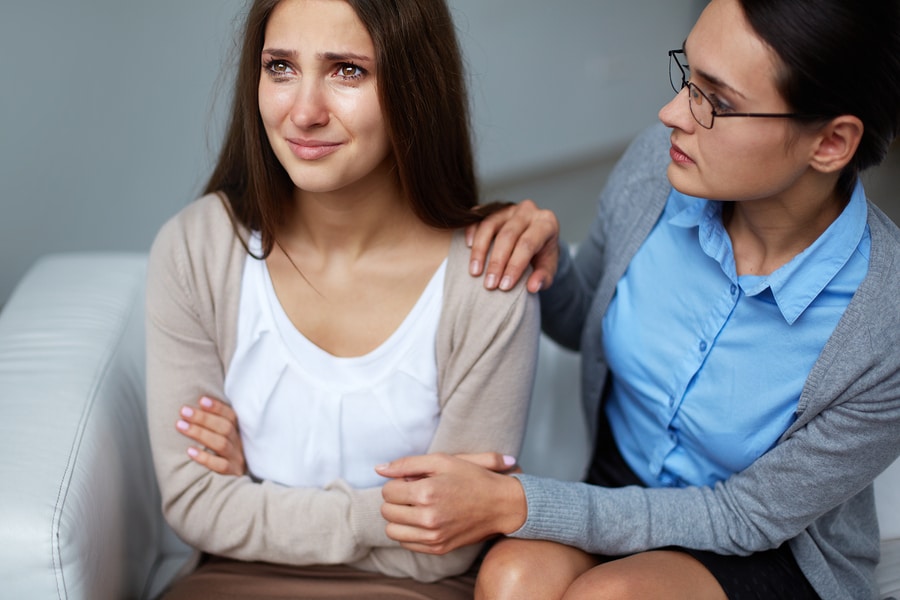 I was seething but there was nobody to direct my anger because he hadn’t done anything intentionally harmful.

In one night, I experienced a perfect storm of disrespect at a comedy show that I was booked to perform on.

I came out as a transgender woman a year ago, and since then, I’ve received lots of support, but I’ve also heard many people mistakenly refer to me as “he” instead of “she.”  I understand that it’s hard for people to readjust since transgender issues are relatively new to the mainstream, and I’m sympathetic that most of my friends have had to refer to me using male pronouns for most of my life.

With all that in mind, I entered the comedy show knowing that mistakes would be made; I just didn’t know how pervasive it would be.

As soon as I entered the venue, the host called me “bro” three times within a minute.  I went to correct him and he apologized, but a few minutes later, he made the mistake at least six more times in ten minutes.

Eventually, he said, “Can I ask you some questions?”

Even though I was annoyed, I was excited that he was at least trying to learn and be educated, so I was eager to help.  “Sure,” I said.

He began telling me about “a man” he saw at a different comedy show who was wearing a skirt and boots, and this man would try to smile at others to put them at ease.

The host continued, “And I thought about how hard it must’ve been for him, because I’m sure that he knows deep-down that everybody is looking at him knowing that he’s actually a dude.”

I was too heartbroken to respond — especially since what he said was so well-intentioned — because I knew that it was how most people actually saw me.  They saw me as a man in a dress.  The host was just articulating in an honest manner, and his words are what I imagine most other people — even most of my friends — actually think about me.

My girlfriend spoke up, “Are you sure he was a man?  This person might’ve been a transgender woman.”

“Oh,” the host continued.  “I don’t know the difference I guess.”

He got up and left.

I was seething but there was nobody to direct my anger because he hadn’t done anything intentionally harmful.  A couple of minutes later, another comedian entered the room and looked me up and down.  “So, you trying to be a girl or something?  Or what’s the deal here?”

I took a deep inhale because I didn’t want to snap at her.

Later when she was onstage, she made a joke about a woman with a mustache, turned to me, and said, “But not in a tranny way.”

I tried to be patient, and I even smiled at her when she made her joke because I didn’t want her feeling bad.  But in reality, I felt really angry and unbelievably depressed.  On the ride home, I was crying and screaming in the car, and I had a panic attack.

“I look so stupid,” I said out loud.  “I can’t believe I’m putting on makeup and dresses.  What’s wrong with me?  At least they were honest.  I know that’s what everybody thinks of me.  I’m just a man in a dress!”

Luckily, I had therapy the next morning and I told my therapist about this whole incident.  As she began expressing her anger over what had transpired, I got very defensive and started pleading with her that nobody had done anything wrong.  “It was the society that we were all brought up in,” I said.  “They tried their best and I had no basis for getting upset.”

She slowly asked me, “Do you want to know what I think is part of the reason why you’re so upset?”

I sat back and thought about it and I realized that she was right.  In my attempt to be completely empathetic, I offered way too much sympathy as well.

But there was something I couldn’t reconcile.  “They tried their best though.  How can I get mad at them?”

My therapist shook her head.  “No, they didn’t.  They could’ve made more of an effort.  They could’ve been respectful.  You can be empathetic, you can be compassionate, but you’re also allowed to be angry when others mistreat you.”

This was a concept that I had never thought of before.

My therapist helped me realize that it’s okay to ask for what you want, and it’s not unreasonable to request that others respect you.  It was an empowering message that I needed to hear because I had been putting myself down for the comfort of others.

She also told me that it’s okay to be empathetic without being sympathetic.  I can see things from other people’s positions without excusing their behavior.  The example she used was if someone changes their name and someone repeatedly mispronounces it, the person who mispronounces the name shows a lack of effort on their part.

When she used that example, the floodgates opened and I began letting loose and screaming about the host and the comedian from the show, wishing they would’ve tried harder.  I realized that making the same mistakes ten times in one night showed that they just didn’t care very much.  I realized that while it’s not their job to care, it’s also not my job to placate them when I feel disrespected.

The balance for me is still very challenging.  Asserting my needs is hard enough, but I’m also afraid that if I begin speaking up for myself, I’ll start blaming others for my anger instead of owning up to my feelings.

The way I’ve reconciled this is by absolving myself from being concerned with how others feel.  I trust myself enough to not hurt others intentionally, and if I do, I’ll apologize.  But I’ve stopped presuming that any type of correction or speaking up for myself is a burden on another person.  I can ask for what I want without constantly worrying about what this does to other people’s feelings because I’m also entitled to respect.  This doesn’t mean I have to be harsh; I can speak the truth while also being tactful.

I think that being empathetic without necessarily being sympathetic is a great compromise, especially when you feel anger and resentment rising up.  If you’re constantly catering to other people’s needs without thinking about your own needs, your level of internalized anger will increase significantly.  Conversely, if you’re vilifying others and labeling them as a “bad person” without any empathy whatsoever, you’ll become overly resentful of others.

Asserting yourself while being empathetic to others is a very freeing feeling.  When you direct your anger at the right people without perceiving them as a “bad person,” you’ll get the anger out of your system before it simmers and gets out of control, and you’ll feel a sense of self-respect.

No matter how much you understand another person’s positions, you should speak up for yourself anyway because your voice deserves to be heard.

How to Have Empathy and Speak Up for Myself