Having Great Sex, In Spite of a Rare Sexual Disorder 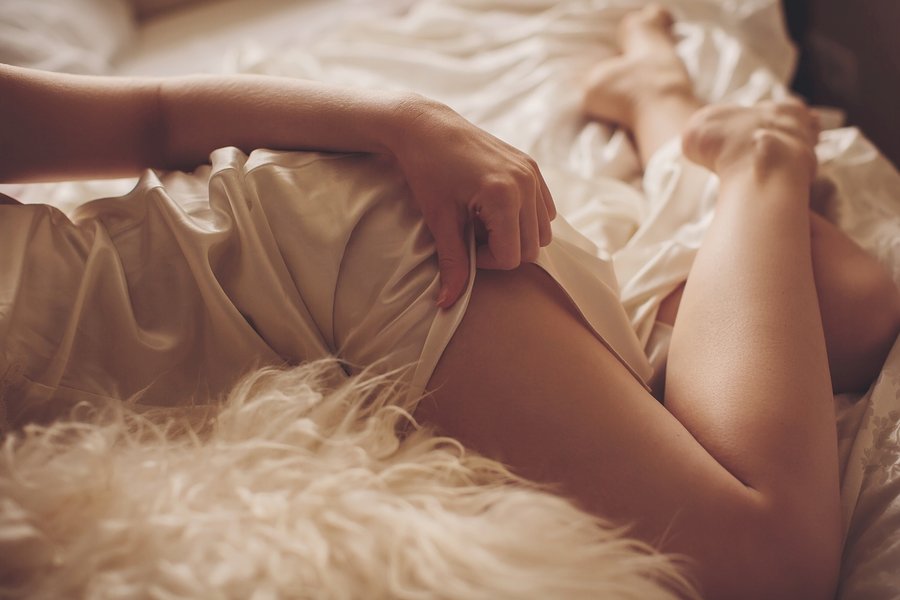 Perhaps the hardest part of having vaginismus is the stigma associated with it.

I’m 21, in a long-term relationship with my partner AMAB (assigned male at birth), and I’ve never had vaginal sex. This is because I have vaginismus, a condition that causes my vaginal muscles to painfully tense up whenever penetration is attempted. I first became aware of my vaginal limitations when I attempted to use a tampon in middle school, and began to take it more seriously when any attempt at sexual penetration was met with the feeling of a literal wall blocking off my vagina. I’m not entirely sure of the cause, but my lifelong anxiety disorder as well as the multiple sexual assaults I experienced in my late teens definitely point to a few possible causes, or at least contributing factors that have made the condition worsen over the years. Between skeptical friends and ignorant doctors, I haven’t been met with much understanding about my condition. But thanks to the support of my loving partner and Internet friends who also suffer with vaginismus, I’ve learned to navigate life with the condition and discover possible solutions — while also learning to reshape my own definition of sex.

Lately, I had been going through a tougher time in my treatment. I purchased a dilator kit a few months back to help gradually stretch my vagina, which was going smoothly at first. However, using the very hard and plastic dilators became painful, so I stopped. Feeling slightly guilty about ceasing treatment, and feeling discouraged by the prices of the more comfortable silicone dilator kits, I turned to the corners of the internet where vaginismus forums congregate to seek some comfort. However, I was unhappily surprised when I saw most of the forums and blogs were chock full of women (who reported having had oral and other kinds of sex in their lives) lamenting over how awful life is without sex, or how depressing it is to be a 30-year-old “virgin.” This turned my chronic worry into utter confusion. Never had sex? But they had just been discussing oral sex and clitoral orgasms. Immediately, the reality set in that society’s super strict and heteronormative idea of what sex looks like was plaguing these women, making them feel virginal, infantilized, and altogether without satisfaction. Their fallacious thought process was obvious, but it still felt familiar.

My vaginismus is annoying and has caused me embarrassment and frustration in the past, but I don’t let it prevent me from having an amazing sex life. Unfortunately, what I’ve seen in society and even in conversations with vaginismus sufferers, it’s commonly believed that you can’t have sex if you can’t be penetrated.

Having Great Sex, In Spite of a Rare Sexual Disorder