The Strange Romances of “Dancing With the Stars” 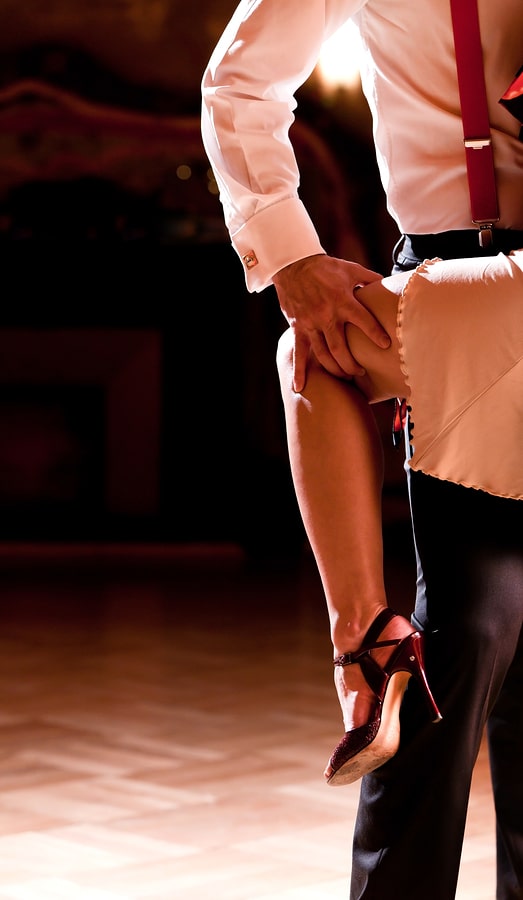 In the world of television and reality-TV, it is expected that one would find many examples of contestants finding romance or chemistry whilst in the midst of filming.

After all, shows such as “The Bachelor” are created so that people can find love. But what about a show like the very popular hit: “Dancing With the Stars”? As season 24 is set to begin on Monday, I thought it might be fun to take a look at the possibilities for matchmaking that exist in this season’s new cast. This “chemistry between dance partners” thing has happened on multiple occasions throughout the show’s run, so either there is something in the air on that dance floor, or host Tom Bergeron is secretly matching people together behind the scenes with his witty charm.

In past seasons, there was the pairing of pro dancers Emma Slater and Sasha Farber, who announced their engagement on the show live in 2016. Mario Lopez and pro dancer Karina Smirnoff had an immediate attraction during their 2006 pairing on the show. When their romance fizzled just months later, it was rumored that Lopez had been cheating. Very soon after, Smirnoff then ended up dating fellow pro-dancer Maksim Chmerkovsky, and the two got engaged. Then, the two split, just a few months later, calling off their engagement.

Are you confused yet? I am. Actress Shannon Elizabeth fell hard for pro-dance partner Derek Hough, and the two were an item in 2009 for more than a year. And then they weren’t. One of the most obvious attractions I can recall on the show happened between Maksim and Meryl Davis, during season 18. The two never admitted to a romance, but the sparks were hot and heavy from the start, and the judges commented on their sexual tension almost every week. (To be fair, Judge Bruno Tonioli could find sexual tension in a chunk of plywood). And in another twist, that Maksim sure gets around! He was also rumored to be dating dance partner (and winner) Erin Andrews, who later became co-host of the show. NOW are you confused? Because I still am.

Basically, everybody dates everybody, because the Rumba is kind of hot, and when you are rehearsing sexy moves together for ten hours a day over a few month period, things tend to get a little bit touchy-feely. Unless you are Judge Len Goodman. Then you just drink some prune juice and take a nap. Sometimes in the middle of the show.

In any case, will romance be in the cards for any of these pairings? Here is a look forward at the upcoming cast, and some entertaining romances that would be fun, or just plain weird, to see, starting this Monday …..

CHARO is on the show this season (with pro-dancer Keo Motsepe), and really, this needs no further explanation other to be hilarious, because it’s Charo. She has one name. She is actually listed that way on the cast list. No last name. You may remember her dancing from “The Love Boat”, or from other TV shows she appeared in over the decades. She is a pop culture icon who dances, sings, and is just generally entertaining, and she has GOT to be in her 70’s or older by now. Perhaps her and Judge Len Goodman should pair up, since he is also older, and her charm and sparkly personality could fix up his crankiness and moodiness. Seeing them as a couple would be hilarious.

MR. T is on the show this season, as is former “Saturday Night Live” cast member Chris Kattan. Although they are not paired together as dancers, since neither of them are pros, I would pay a lot of money to see them as the new, power, gay couple of the season. Mr. T could yell at Kattan: “I pity the fool who says no to me!”, and Kattan could do one of his many wacky characters in response.

Olympic ice-skater Nancy Kerrigan is dancing this season, which begs the question, where the hell is Tanya Harding? If Harding was on the show and didn’t win the Mirror Ball Trophy, I would hate to see what kind of action she would take in protest. Not pretty.

Nick Viall just finished his run as “The Bachelor” this week, and he got engaged to Vanessa Grimaldi. Starting Monday, he will be paired up with pro-dancer Peta Mergatroyd, and history has shown from past seasons, that this is NOT the best way to begin your engagement – by spending 10 to 15 hours a day dancing all sweaty-like with another beautiful woman. Let’s see if Nick and Vanessa can survive the jealousy of the Tango or the Salsa, or will Nick succumb to the gorgeous Peta, and leave Vanessa in the dust?

Perhaps Bergeron and Andrews can up their co-host game and start flirting with one another. Or maybe the two male judges can take turns dating Carrie Ann, the female judge. Or perhaps Mr. T and Charo will have a little fling, and then Maksim Chmerkovsky will break them up so he can have Charo all to himself, because apparently he dates every single dancer on the show. The possibilities are endless, and quite humorous. I can’t wait to see what surprising couples emerge out of this upcoming season, and the many ways that love (or lust) spring to life. To see what happens, tune in this Monday, March 20th, on ABC.

The Strange Romances of “Dancing With the Stars”