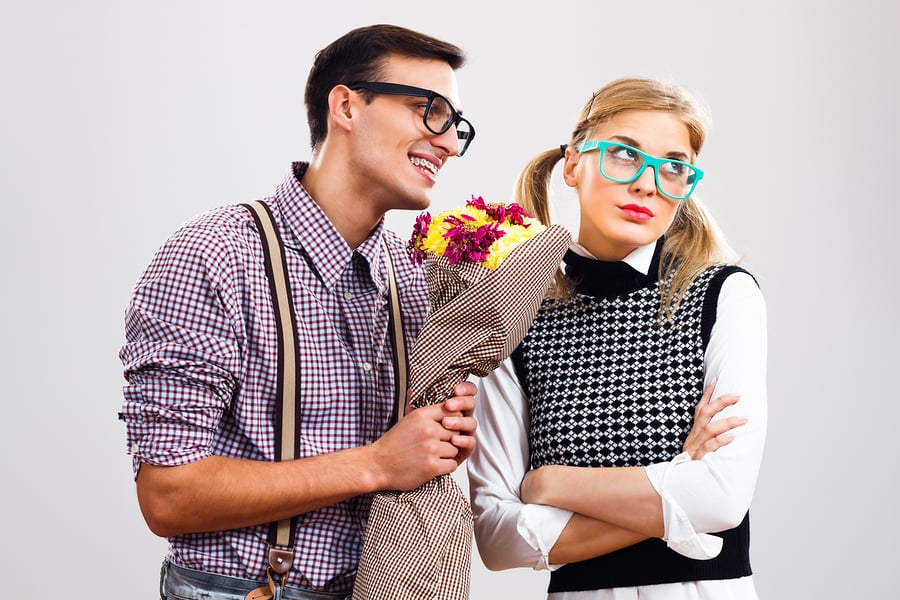 ” I wrote long love letters and emails (I’m talking like thousand-word essays) to any girl who was willing to say “hi!”

There were several television programs that distorted my views on love for the majority of my life.  Seemingly harmless shows like “Boy Meets World,” “Doug,” and “Family Matters” featured protagonists who were “nice guys” pining for the girls of their dreams.  Living in my own little fantasy world, I modeled my life after Steve Urkel, the breakout star of “Family Matters,” in his crusade for Laura Winslow’s affections because I thought his love for her was pure and romantic.  I had no idea how creepy Urkel’s character was at the time.  Subsequently, absorbing the themes of this television show turned me into a borderline stalker to several women without even realizing it.

These shows made me feel entitled, like I deserved for my feelings to be reciprocated just because I had spent time and energy pursuing my love interests.  It was all about my feelings, and their wants and needs were the least of my worries.  For example, Steve Urkel would perform grandiose acts such as climbing up a tree outside of Laura’s window to serenade her while she was trying to sleep.  He’d dress up like cupid and shoot arrows at her on Valentine’s Day, much to her dismay.  There’s an episode where he literally asks her out for the thousandth time, and other than slight annoyance from Laura, this is represented as an admirable–and even endearing–act.  His persistence was seen as quirky and cute, and in the end, the show represents Urkel to be an underdog.  Laura’s “no” was cast aside, and he literally couldn’t take “no” for an answer.  But that didn’t matter.  The audience loved him.  I loved him.  I cheered him on along with most of America.

The worst part of the whole “Family Matters” saga is that after years of stalking and annoying Laura, the two actually end up together.  She is his reward for hanging in there for so long.  Steve Urkel “getting the girl” in the end did so much damage to my perception of romance.

I took cues from this show when I began developing crushes in school by attempting to replicate these grand gestures to show my romantic pursuits how much I liked them.  I’d buy gifts for girls who were basically strangers and stare at them in class to let them know I was interested.  If they looked uncomfortable, I didn’t care.  I was persistent just like television taught me.

A lot of shows–whether intentionally or unintentionally–encouraged this behavior.  The program “Doug,” a cartoon created for children, featured Doug Funnie having the hugest crush on Patty Mayonnaise, and he would continuously back down from telling her about his feelings, and this caused him great distress.  To me, it also served as a cautionary tale: don’t ever let your feelings go unspoken.  Doug never let Patty know about his feelings for her, and that was represented as a mistake.

“That will never be me!” I thought.  As a result, I “went for it” every time I had a crush and always made my feelings known.  I wrote long love letters and emails (I’m talking like thousand-word essays) to any girl who was willing to say “hi” to me once or flash me a smile in passing.  In hindsight, these are incredibly shameful and embarrassing actions.  I creeped out many girls, and I wish I hadn’t done these things.