Time for a Paint Job? What Bedroom Color is Best for Getting Turned On 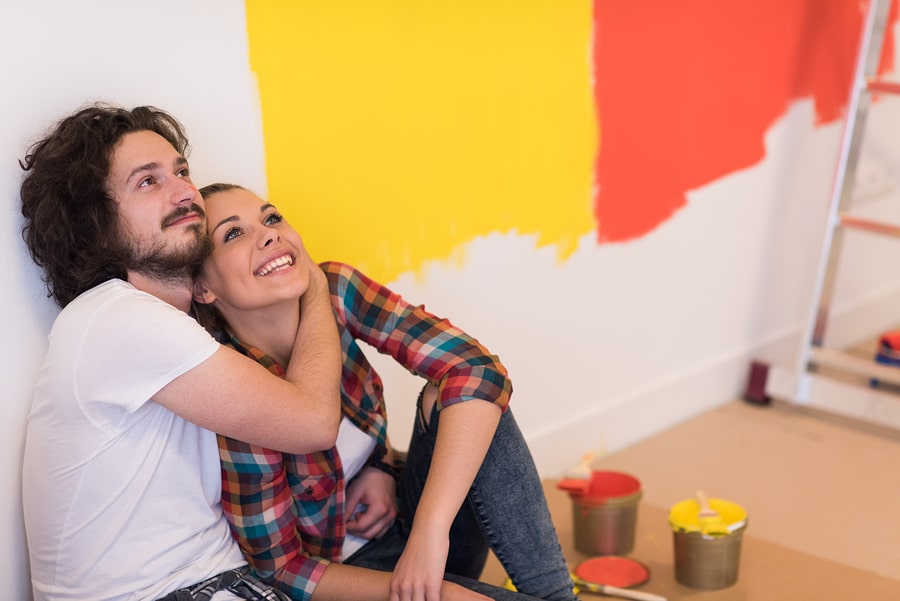 More sleep and more sex? Yes, please! A new survey involving 2,000 Brits shows a strong correlation between the color of your bedroom walls and decor with how much sleep and sex you’re having. The takeaway: People with blue rooms appear to be getting the best night’s sleep, while people with caramel-colored walls are having the most sex. Let the mad dash to invent caramel-blue paint begin!

Here’s how the survey breaks it down.

Of course, you don’t see much color with your eyes closed and the lights off, but the color of your walls and decor affects how you sleep before you close your eyes, the survey found.

On average, the survey respondents sleeping in a blue bedroom get seven hours and 52 minutes of sleep, the most in the survey, which was conducted by Travelodge, a budget-friendly hotel chain in the U.K. Builders, teachers and civil servants tend to choose blue most often for their bedrooms, according to the survey.

The study surmises that since blue has long been associated with feelings of calmness — water, blue sky etc. — the color helps us chill out before sleep.

“This is an amazing result, as there are specialized receptors called ganglion cells in the retina part of our eyes, which are most sensitive to the color blue,” says Chris Idzikowski, a sleep expert at the Edinburgh Sleep Centre, in a press release about the study. “These receptors feed information into an area deep in our brain that controls 24-hour rhythms, and affects how we perform and feel during the day. That interaction between light, sleep and wakefulness is supremely important.”

An amazing 58 percent of Brits in the survey who sleep in blue rooms say they regularly wake up feeling happy. Cheerio!

Certain shades of yellow come in second in promoting the best night’s sleep: seven hours and 40 minutes on average per night.

Warm yellow relaxes the body by stimulating the nervous system and calming the nerves.

Green also creates a calm and soothing vibe, which is why it appears to be the third best color for getting sleep. People with green rooms get an average of seven hours and 30 minutes of sleep per night, and 22 percent of those surveyed say they wake up “feeling upbeat and positive.”

The survey suggests that a soothing silver bedroom mimics moonlight, which cues the brain to know that it’s nighttime and time for sleep.

People with silver bedrooms get an average of seven hours and 33 minutes of sleep, while 21 percent surveyed say they are more motivated to exercise in their bedroom.

Orange, surprisingly, is close behind, with people getting an average of seven hours and 28 minutes of sleep. The warm color also creates a “stable and reassuring atmosphere and can even help digestion too — especially if you have eaten a large or late-evening meal,” according to the survey.

The color has also been found to relax muscles, so you fall asleep more quickly.

Though similar to silver, gray, an incredibly popular house paint color, didn’t perform well in the study; people in gray rooms get an average of only six hours and 12 minutes of sleep per night.

It’s thought that brown and gray can be “dreary and depressing, especially in the bedroom, and make occupants feel emotionally isolated and uncomfortable — resulting in a restless sleep,” the study says.

What’s more, the survey found that Brits with gray rooms spend the most time shopping online in bed.

Those with a brown, cream or white bedroom are most likely workaholics who take their work to bed with them at least three times per week. Shop workers are most likely to have these colors in their bedrooms.

While elegant and artistic, the color is thought to be overly mentally stimulating. Coupled with a busy day, purple walls can make it difficult to turn off a racing mind and switch into sleep mode. (I’m guessing the color has a different affect on chipper dinosaurs named Barney.)

Most interesting, to me anyway, is that the study found that couples in bedrooms with a caramel decor scheme have sex, on average, three times per week.

Unfortunately, the study doesn’t offer any possible reasons. Is the color tricking people into thinking about Milky Way candy bars and chocolate, making them more excited? Or is that just the case in my house?

Not much magic apparently happens in red bedrooms, where couples make love once a week on average. Maybe Roxanne should have put on a caramel-colored light?

Time for a Paint Job? What Bedroom Color is Best for Getting Turned On