My Name is Alexandra, and I am Co-Dependent 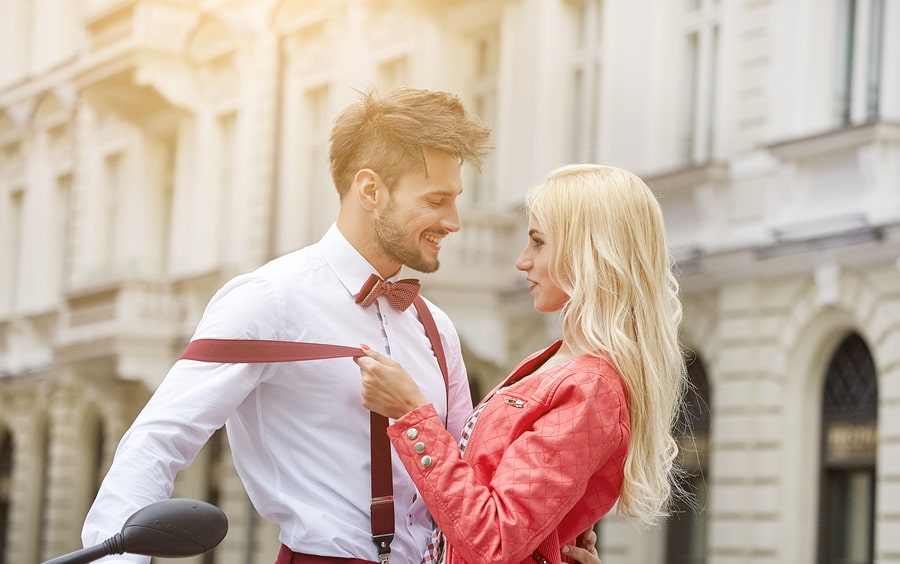 I felt wrong. All. the. Time. I couldn’t figure out if I was being abused or if my lack of understanding of any boundaries were closing in on him and he was responding accordingly. Probably both. I underestimated the power of infatuation.

When Jonathan called, his voice was bright and excited. At this point, I hadn’t thought much of him other than that he dressed well in vintage and was a fun person to talk to. By the end of the night, after inadvertently getting caught up spending several hours talking, he was the first to acknowledge the spark, and asked if I wanted to kiss him. I blushed, sputtered out an excuse, and stared straight forward at my steering wheel. I felt something, but at this point it was premature; and my gut clenched up.

As the back and forth in planning our next meet-up transpired, it began to occur to me that I really did want to see him again.  Every moment we were together, I found myself swept away and I couldn’t (and had no desire to) shake the daze I found myself caught in.

Between my frequent flyer points and his impressive gifts of return flights surprise trips to Toronto, we somehow saw each other every couple of weeks for the rest of the year. I began making plans to shift my work over to LA as much as possible. We nearly missed every return flight as our feet dragged behind us to the airport to say goodbye, and saying hello never came soon enough.

Of course, the other shoe always loomed above our heads, ready to drop at any moment. I often found myself saying something that would set him into a tailspin, and I would scurry to pick up the pieces. I could never figure out what I was doing wrong, and he would withhold the answers judiciously, like they were part of a test I never read the textbook for.  He was very smart, experienced and appeared to have his life together. I was over a decade his junior;  though I knew I was smart and capable, I followed his lead like a lost puppy. I was his ball of wax to mold; except that beneath the wax were my previously existing flaws and human characteristics that were not at all complimentary to his. They were eager to poke through at any inconvenient moment.

As you might imagine, the cracks in our love turned to canyons, and I found myself in a deep hole. I had gone deeper into debt attempting to keep everything afloat in a foreign country, blinded by my ambitious romantic entanglement, without any real plan. I returned to my mother’s house in my hometown to start over from scratch in my late 20s along with my bruised tail between my legs.

Each morning, I would attempt to go for a swim in a nearby pool. My body felt so heavy and tired, like I was carrying around a deadweight with my head attached to it. Swimming made me feel temporarily lighter and relieved and I could quiet my mind for a few minutes. It was the only thing I could convince my body to do aside from gluing myself to my computer. What I was going through felt like an emotional rock bottom. I had put every last egg in one basket with reckless abandon. This has been something that has served me with unbelievably unique and remarkable experiences and opportunities. But those experiences sometimes went the other way and led to disaster. In this case, it shattered me. I was devastated to a point that it had occurred to me that my breakups felt like a death. An extreme feeling that it occurred to me might not be normal.

My addiction, as it turned out, was people. More specifically, I used relationships to help me feel whole. The amount someone cared for me seemed tantamount to the number of gestures they would produce that showed me this; washing my car or building me something or even just letting me be the little spoon when cuddling, made me feel loved and therefore special and gave me value.  Which stands to reason that when that person decides not to “do” these things, I feel slighted, hurt and empty. My whirlwind romance had become a drug for which I was compromising every aspect of my life; my finances, my stability and any semblance of a healthy interaction with anyone around me.

I had remembered a friend mentioning an organization which was called Co-Dependents Anonymous, modelled after the 12 step programs for recovery from drug and alcohol addiction. As fate would have it, there was a group within walking distance of my mother’s house in the middle of a suburban wasteland. I added this to my short list of things to get out of bed for, and started attending regularly.

For the first month, I had been a shadow of former extraverted self and quietly listened, shell-shocked, to the familiar stories of those around me. I was not alone, and as unique as I would love to believe myself to be, every story I heard felt like a chapter from own experience. These people were me. For the first month, I quietly wept at every single meeting, but would almost always compose myself enough to collect some thoughts to share and kept moving forward. It helped to hear from other people who were at various stages of pulling their shit together and learning what healthy boundaries felt like.

While I began to piece my life back together, I took a couple of interim jobs in depressing call centers lined with mini-cubicles, headsets and the color grey. I filled the time between calls working on the program’s steps and finding balance. I talked objectively to more people one on one than perhaps I ever had in life, alternately asking people survey questions or helping file insurance claims. As removed from my career path as it all was, I was good at it; I felt like I was contributing something constructive to the universe. This helped me feel human and that I had worth. I began to feel lighter and more awake as I readied myself to jump back into the life I had left hanging.

It is at three months when you are considered a recurring member of a 12 Step Group, and can be relied upon to participate in such things as chairing meetings and handing out commemorative chips. I mentioned to some of the members in charge of organizing the meeting for that week that I would be picking up my three month chip that night. The woman on the schedule to chair that evening, graciously offered me the opportunity to lead the meeting for the night. It remains one of my most fulfilling moments, being able to stand confidently in a leadership role in front of the group who had seen me in my most fragile, broken state, as a person who could smile with a genuine warmth from inside. The icing on the cake was having the opportunity to help a newcomer at her first meeting. I picked up my chip, held some hands, submitted my requisition with the universe for serenity and headed back to LA.

For more information, visit www.coda.org and feel free to reach out to me if you are struggling with your own codependence.

My Name is Alexandra, and I am Co-Dependent