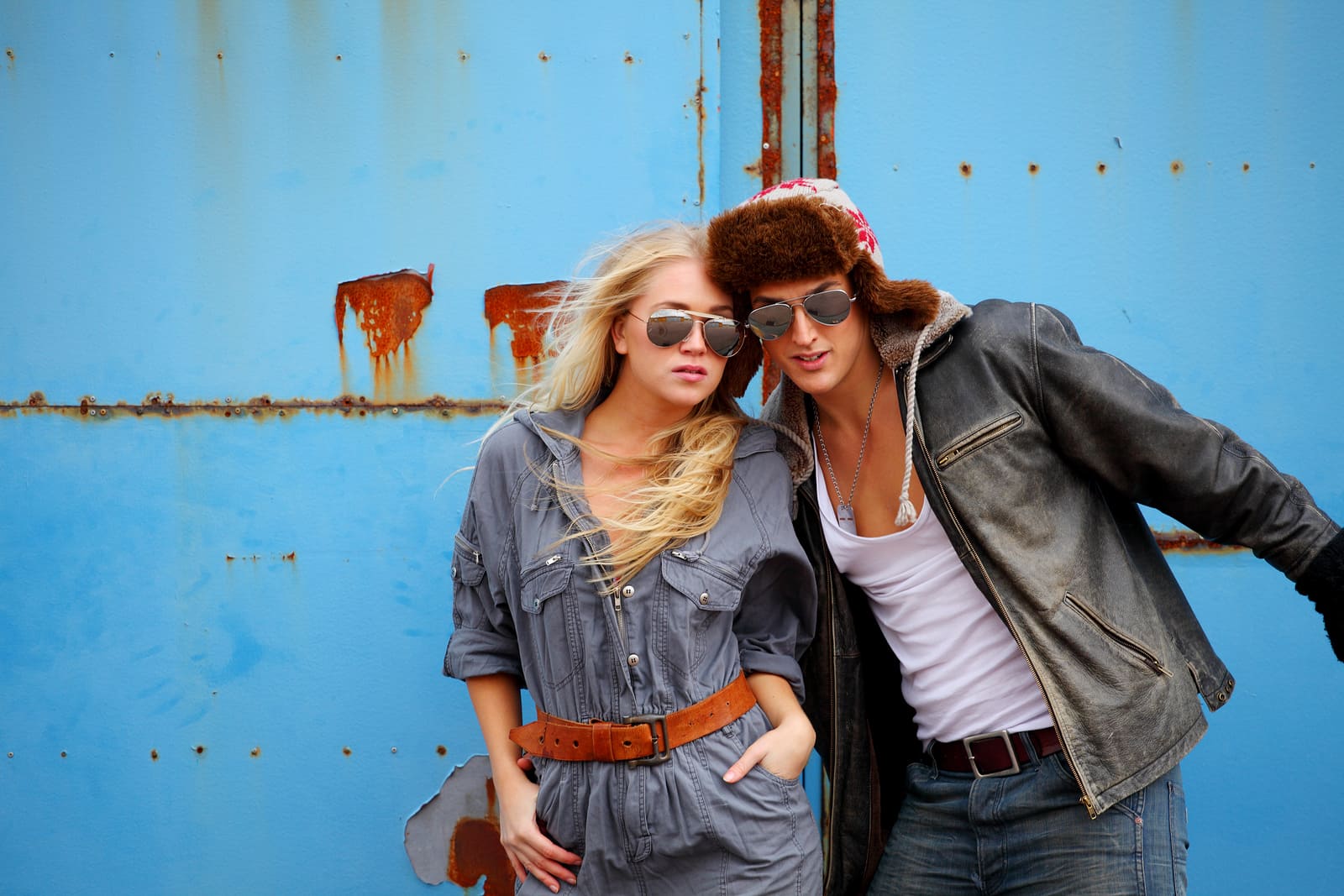 Have you seen these headlines?

‘Are Dating Apps the End of Romance?’

‘Love is Dead, and Millennials Killed It.’

Thanks for the laughs, Google. I wholeheartedly disagree.

While everyone is different, I believe that most Millennials do believe in love and commitment in some form or another. The fact that we’re free to feel otherwise and/or change our minds can actually strengthen our ultimate resolve to have these needs met. Millennials want joy and fulfillment in our relationships, in whatever way we feel is best for us.

Maybe that’s the key difference that’s scaring everyone. We don’t choose partners based on “whatever society says is best,” or even “what our parents think we should do.” We love in whatever way we feel is best for us.

The ways in which today’s singles ‘hunt and gather’ in relationships looks drastically different than previous generations, but that’s not necessarily new. Our parents’ love lives were different from their parents, just as their parents’ were different from their grandparents. As technology and culture jump forward, so do the ways in which we live our lives. Call it evolution, development, advancement, whatever – change can be uncomfortable for some, but it’s important.

In the 60s, ‘free love’ was said to be the end of relationships. Was it?

When women began prioritizing their education and careers, they were said to be ‘destroying traditional family values.’ Did they?

When divorce was legalized, it was an outrage. “Commitment is dead!” they said.

Fast forward to 2017: same kids, new toys. Millennials are not the first generation to shake things up, and it’s okay. Commitment phobia, ‘ghosting’ and one-night stands are not new concepts. We just have flashy new apps, websites and catchphrases for them now.

Instead of going out for milk and never coming home (as great-grandpa did back in the day), we can just press ‘block,’ ‘delete’ and then go on with our lives. It’s cheaper and safer than the old-fashioned alternatives, especially if marriage hasn’t entered the picture. Millennials aren’t forced to enter legal contracts before they’re ready (risking long-term unhappiness, family dysfunction, infidelity and more). We are free to pick and choose the kinds of relationships we actually want.

So why isn’t everyone celebrating?

As great as evolution is, these advances do make things a little more complicated.

In Scientific American, Helen Fisher (a relationship expert at Rutgers University and chief scientific advisor at Match.com) has said that she does not subscribe to the idea of a ‘relationship apocalypse.’ Instead, she describes modern dating trends as “slow love,” meaning that Millennials are taking more time to experiment and find out what they don’t want before they settle down with what they do want.

Thanks to dating apps, we have infinitely more choices when it comes to selecting a partner. This makes love more complicated than it was for our grandparents, dating only within their own towns and cities.

If I’m offered three types of breakfast cereal to choose from, it might take five minutes to pick. But what about three hundred choices? I might be in the breakfast aisle forever.

I’m not fickle or indecisive for using multiple dating apps. Like any sensible human, I want to consider all the options before making a decision. It isn’t impulsiveness or fear that leads Millennials to jump around; it’s actually a sense of responsibility.

The behaviors we engage in are not new; our openness about them is. LGBTQ+ Americans have always been around, whether we were socially accepted or not. The gender spectrum hasn’t changed, our language for it has. Single parenthood, premarital sex, polyamory, fetishes, and infidelity are not new ideas. Neither is blaming ‘those damn kids’ for things that make us uncomfortable.

Being open about our needs has a number of positive benefits: safer sex, improved psychological health, better relationships, increased acceptance of ourselves and others, and fewer wasted years trying to hide and fit into lives that aren’t genuine. With that said…I get it. Dating is fine and dandy, but what about commitment?

In a generation that notoriously struggles to ‘adult,’ what do Grown-Up Relationships look like?

I remember sitting in the schoolyard at five years old, trying to picture myself at twenty. I imagined I’d be married, have a house, two kids and a dog. Now that twenty has come and gone, I can’t help but giggle at this outlandish fantasy. The vast majority of today’s twenty year-olds can’t afford their own rent, let alone support a family.

To understand why we most likely aren’t married (yet or ever), let’s consider some of the factors surrounding our life decisions. According to the Pew Research Center, Millennials are more educated but significantly less affluent than previous generations. Adults in their 20s and early 30s are more likely to still live with their parents; this comes not out of desire or laziness, but of need. Most of us can’t afford to throw a wedding in our twenties, let alone buy a house and start a family. While the bar for success has risen with our education, the odds for a stable career are lower than ever. Is it any wonder then, that most of us won’t marry young?

If by ‘grown up’ you mean financially stable, most of us aren’t there yet. But if maturity is a measure of emotional independence, personal commitment to improvement and working hard to attain stability – then yes, we’re all adults, here.

Millennial relationships are Grown-Up Relationships. And modern grown-ups don’t need to get married. We need love and support – and that doesn’t necessarily mean following blueprints set by our parents. Most of my Millennials friends don’t consider marriage a bad thing, but they also aren’t ready (or willing) any time soon.

I married my partner, but I am definitely not a “grown-up” with a house and two kids the way my five-year-old self had anticipated. Our world is not that of our grandparents, so today’s typical marriage looks a little different. I wouldn’t expect anyone else to make the same choices as me, or vice versa. My grown-up relationship is not your grown-up relationship, just as my  day-job is not your day-job. As Theodore Roosevelt said, “Comparison is the thief of joy.” Don’t let outdated standards determine your modern needs.

Perhaps instead of worrying that our love lives aren’t ‘mature’ by ancient standards, we can look at the big picture and accept that we are exactly where we’re supposed to be for this time in history. If you’re one of 1.8 billion Millennials navigating love in an unprecedented world, I applaud you. You’re not alone, you’re not the first, and you’re certainly not the last.

Welcome to Millennial Love. What does it mean to you?