Marry the Man that Asks 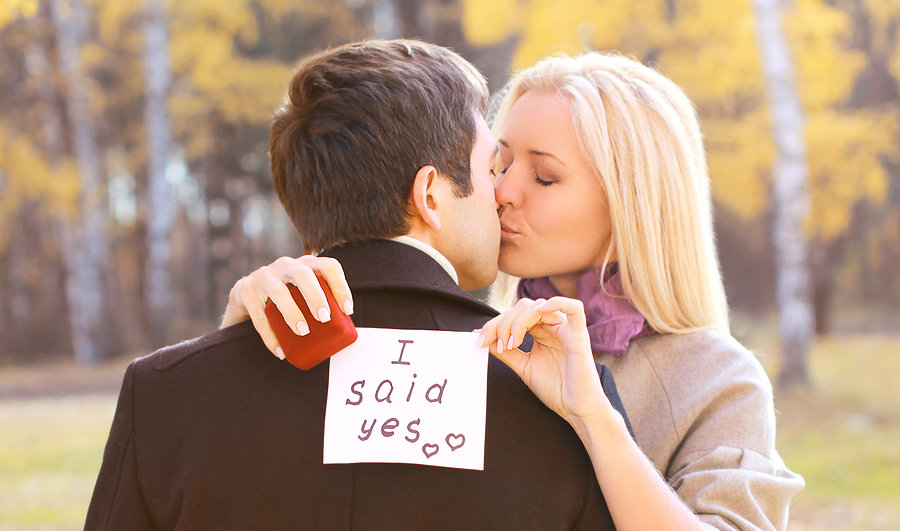 A comedian friend of mine by the name of Paul Danke, once gave me some very sound advice “Marry the man that asks you to marry him, because the men that want to get married, GET MARRIED.”

As modern day women, independent, self sufficient, and sometimes downright arrogant, we can forget that it takes two people to be in a relationship. We often feel that we are the masters of our own universe, and that our dream guy is just going to fall out of the sky because we “manifested” it. We fail to realize that we can’t actually get married unless someone asks us to be his wife. Yes, feminism aside, the power ultimately still lies with men. We can decline, but they have to ask, and cough up 3 months salary in jewelry.

The problem is, there are only a certain number of men around that are willing to do that. We can date guys, fall in love, break up, have passionate romances, but only a few of those men are ready enough to be adults and step up to the plate. Rejecting them can be a dangerous game.

What is the #1 reason we reject people? Because we think we can do better. Taller, more handsome, better job, different family, bigger penis, whatever. We can dream up an endless list of the things we would like to have. I always thought I was going to marry a French diplomat that loved female stand up comedians. I married an Egyptian talk show host that grew up in New Jersey. AND HE IS JUST GREAT.

The reason so many of us are single is because we are delusional about our own self worth. We think we deserve the world, but what we really deserve is standing right in front of us. It’s what we’ve attracted. It’s the universe presenting us with a gift. Do we open it or regift it to someone else?

Nothing can stop a man that wants to get married and have a family life. They aren’t afraid to take the plunge. Who does that leave behind? Divorcees, commitment-phobes, lifetime party boys, basically not anyone that was on your “list.” These guys can be a lot of fun, but do not be fooled — expect nothing from the guy who cancels plans last minute because they “have a buddy in town.”

“Marry the man that asks you” is basically saying “Marry the man that loves you the most” aka is willing to spend the rest of his life dealing with your mood swings, unprovoked fury and (often psychological) criticisms in an effort to be with you. I’ve often been asked what my “type” is. I don’t have a “type.” My type is anyone that likes me; guys that aren’t into me are a turnoff, because I like myself. I don’t want to spend the rest of my life chasing someone that feels he is “out of my league.”

It’s hard out there. With Tinder and the myriad of online dating services, it’s easy to feel like the possibilities are endless. It’s a false illusion. Sure, there’s always a penis around the corner, but it doesn’t have a ring on it.

Marry the Man that Asks