It’s Not the Climax Date on the Calendar That Matters 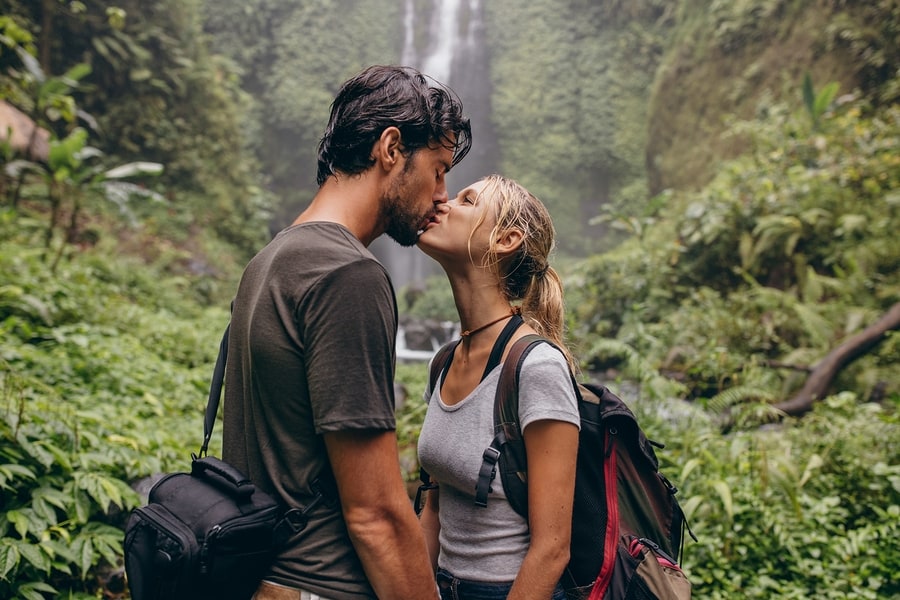 This plan couldn’t be beat…until it was.

I’ve never cared much about Christmas, or Thanksgiving. I don’t go “home for the holidays.” I haven’t given Valentine’s Day a second thought since I was a teenager.

I’m not completely devoid of sentiment. I do have a couple of special days a year that I celebrate “religiously.” Halloween and New Year’s Eve have always had great significance to me. Halloween because it’s when everyone acts the way they wish they could the rest of the year, and New Year’s Eve because it’s symbolic of a new beginning, a wiping of the slate, a celebration of accomplishments from the year before and an acknowledgement of goals and dreams about what’s to come. Those are precious days to me and as such, I try to spend them doing special things with people who I find invaluable to my life.

This year, I spent Halloween with a friend rather than my partner, because my partner was out of town for a couple of months. When he’d announced his plans to be gone over my favorite holiday, I was slightly heartbroken, but understood. It was for the trip of a lifetime and I wasn’t going to let a one-day, city-wide costume party get in the way of that for him. It just meant to both of us that New Year’s Eve would be even more special.

His mom was in town on over the holiday weeks, so on New Year’s Eve Day we went to a small island off the coast of Southern California and did some cave kayaking. It was amazing. I saw wild foxes, seals, dolphins and some whales; truly an unforgettable day. That night, however, was for us and his mom understood that, so she said we should take it for ourselves and do something special.

When he had asked me what I wanted to do, being the overly amorous gal that I am, I told him my only real goal for the night was for us to be climaxing during the countdown, and for a full release at “Happy New Year!” He agreed that would be an epic New Year’s plan. All that was left was location.

We’d originally intended to go camping, somewhere not too far, like Joshua Tree. However, the weather had other plans, deciding that torrential downpours followed by sub-zero temperatures would be a better way to spend New Years. So J Tree was out, however, there were closer places we could go. We explored all of our options, and as wet and cold as it was going to be, it seemed like the best plan would be to just stick to a hike somewhere close. We would get to the top of a mountain, screw each other’s brains out until the countdown was over, and then head home.

This plan couldn’t be beat…until it was. My partner, who avoided drinking water during our all-day kayaking trip because he didn’t want to pee in his wet suit, was extremely dehydrated. We took in a bunch of fluids and made some macaroni and cheese. Did I mention he’s lactose intolerant? Just a little bit, but apparently something like that is greatly exacerbated by a weakened system due to dehydration. Needless to say, he started to not feel very well.

Should I Stay or Should I Go

We took a quick nap before our hike and I woke up ready to go! He woke up…slightly less excited. I couldn’t tell at that point whether he just didn’t feel like going out or he was really ill. So I said I could go on my own. This was in no way meant out of spite or passive aggression, and he knew that. I simply wanted to be outside at midnight and I don’t like dragging people along when they don’t want to be there. He insisted on coming with me. He just kept saying, “I wanna be with you.”

What I should have said was, “okay, let’s stay here then.” But I still didn’t fully realize just how bad it was, until we got to the mountain. We got out of the car with our backpack filled with Trader Joe’s fireworks chocolate, sparkling apple cider, and a blanket. He wasn’t looking great, so I asked him if we should go back. “NO! I want it to be special.” Just minutes into the hike it became apparent to me just how ill he was. We were stopping every few minutes for him to collect himself. This was certainly going to be a special night. But not the type of special either of us had intended.

The Mountain at Midnight

We made it up to the mountain and during the midnight count down he was off in the bushes taking care of some nasty business while I toasted myself for my achievement of keeping cool and not being too grossed out. We headed back down the mountain and I drove us home. By this time more than ever I felt terrible for making him come with me and being so insistent on this being a special night.

I took care of him the rest of the night and the entire next day. While I nursed him back to health I realized something. I don’t know if it’s because I’m older now and don’t party anymore, or if it’s because I’ve finally found someone who I’m calm and comfortable with, but it didn’t matter to me that it wasn’t ideal. This night was actually the opposite of ideal. It was kind of the worst. I watched disgusting things happen to the person I was supposed to be doing altogether other kinds of disgusting things with. But despite this, I was glad to have spent the night with him. I was happy to have been able to take care of him and I was glad he was around. This leads me to ask the ever important question: what happened to me?!

Another Day for a “Special” Date

We made a deal to do a countdown later on this year, which we’ve set a date for. We’ll recreate New Year’s Eve well past its actual date, but it doesn’t matter. What matters is that we’ll be together, and that we were together.

So this Valentine’s day, I urge you, dear reader, to treat it like any other day: special. Special not because it’s February 14, but because of the company you’re with and the moments you share. Even if those moments turn out gross.

It’s Not the Climax Date on the Calendar That Matters