How Will and Grace Changed the Way We See Relationships 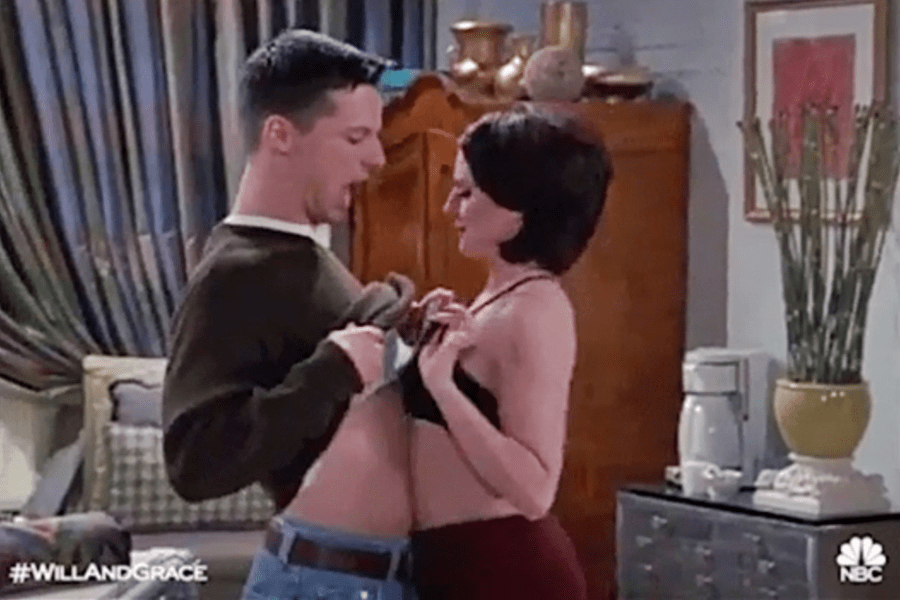 Will and Grace was always funny, sexy, and clever — but it was also incredibly inclusive when it comes to relationships.

Will and Grace is back, and I couldn’t be more excited. I’ve always loved the show. I cried when it ended, I reminisced over reruns, and I threw a party in my head when I heard of its return.

I loved it not just because it was hilarious and fun — I loved how it called out societal problems and represented real, modern relationships. The show addressed issues with laughter and wit — something I think is needed now, more than ever.

Back when the series started in 1998, Will and Grace was not only a big step for representation for the gay community, but it was a huge step for modern and non-traditional relationships in general. So many shows at the time had a story that went like this: a boy and a girl like each other, they go back and forth about getting together, and eventually end up getting married (just in time for the series finale).

Meanwhile, Will and Grace depicted relationships that we rarely saw on TV.

It defied the traditional romance story, and recognized that in the real world, there are so many different kinds of relationships. Some people are gay, some people are straight. Some take a lot longer to find love while some find themselves in troubled marriages.

It was a big deal to see Will and Jack’s dating lives on the show because same-sex relationships didn’t have that kind of representation before then. Sure, there were gay people on TV, but they were usually secondary characters or guest spots in episodes that dealt with the drama of them coming out. Such episodes would usually feature the character’s family and friends accepting (or not accepting) them, then the gay character would often disappear, returning the show’s focus to the straight characters and their relationships.

Just the fact that we could see the men in Will and Grace date around, find love, and experience heartbreak just like everyone else on TV, was amazing.

The show was groundbreaking for the gay community, but it was important for women’s relationships, too.

The other two main characters, Grace and Karen, didn’t follow the mold of other leading ladies at the time.

At the time the show came out, most female leads fell into two categories. One type was the young, fun, and pretty ingenue who searched for love and eventually ended up getting together with either a supportive guy friend or a long-time crush (Boy Meets World, The Nanny). The other was the nagging wife and mother who spent most of the show telling her husband to do something (and getting mad when he didn’t), taking the kids to soccer practice, and arguing with other moms (Married with Children, Everybody Loves Raymond). Karen and Grace weren’t either of these.

Grace was struggling in relationships, but was in a different situation than the bright-eyed high school or college-aged ingenue searching for “the one.” She was a little older, quirky, had a successful design business, and a lot of trouble finding love. She went on bad dates, had strained relationships, and was even cheated on by her husband.

Meanwhile, Karen was married, but wasn’t the “happy housewife” we so often saw in other shows. She was fun-loving and wild, but had real problems in her marriage. She was faced with boredom, had a strained relationship with her step-kids, and wondered if her marriage would last.

These characters, with their issues and quirks, seemed so much more like modern women I knew than a lot of what I’d seen on TV before.

They had complicated relationships and difficult problems, and they showed different options for a woman’s romantic life. Grace and Karen’s lives weren’t simple, and maybe they didn’t represent most women’s relationship goals, but I think these characters brought something real and honest to television.

So far, I haven’t been disappointed. In just the first few episodes, we’ve seen Grace struggling to move on after a divorce, Will dealing with the question of dating outside his political party, and Will and Jack realizing their age when they try to go out with millennial guys. These issues seem real for these characters, but are also current to the modern relationship scene.

In the 11 years Will and Grace has been off the air, relationships have changed.

Online dating is huge and relationship expectations have evolved. Plus, there’s so much potential in exploring middle-aged and older character’s relationships in a time when more and more people find themselves divorced, widowed, or still single later in life. There’s much to explore, so many angles to analyze and critique, and I can’t think of a better team to do it.

Although it’s a different decade, much of what the show taught us about relationships when it first aired is all still true. People are different, and their lives aren’t simple. Some find love, while some learn that their best relationships are with their friends.

For more stories at the intersection of TV & modern romance, check out this discussion about romance on “Dancing With The Stars” or this piece about what Supergirl’s sister taught us about coming out.

How Will and Grace Changed the Way We See Relationships