Capture his Heart and Go Deeper in Love 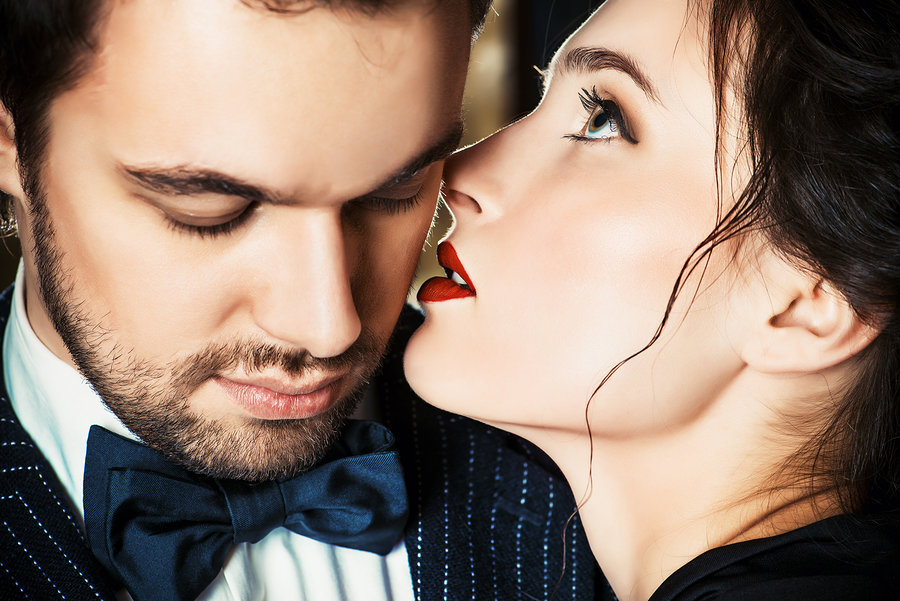 Are you longing to go deeper in your dating relationship but not sure how to connect and take your relationship to the next level? Eric Charles gives a man’s point of view on what your beau is looking for.

What does it take to get a man to truly commit and want only you? It’s a question I’ve been asked more times than I could ever quantify.

What men desire most is a woman who inspires them to be their best self. Being that woman is a much different mindset than what most women typically do these days.

So what’s the major error that trips women up? It’s their focus. Instead of focusing on the feelings and experience they create for the man, the woman fixates on her own wants, her own worries, her own fears. And amidst this completely self-absorbed mindset consumed by what she wants, it’s no wonder that she’s unable to hook a man’s interest in a significant way, one that goes beyond just hooking up.

Sure, that woman might cook him dinners, perform in bed, and tell him how much she likes him, but none of that stuff penetrates a man’s psychology on a deep and meaningful level. Forget about just getting commitment. When you really understand and master the art of tapping into the deep parts of a man’s psyche, he will want to move mountains to possess you.

Men don’t start out there when they first meet a woman, though. She needs to reach him at that level by recognizing his ambitions, his fears, his motivations, his “mission” in life and where he ultimately wants to “win.”

Here are four ways to reach a man deeply and make him want to commit and devote himself fully to you.

1. Understand: Choice is Everything

I have a confession to make, when I was revising this article to get it ready for publishing, it was three ways to make him commit… not 4.

The original article came off cold, harsh, and even depressing because I had left out the most important element of all.  So in this revised version, I made sure to convey the most important piece of the puzzle right at the beginning.

In my personal life, I meet all sorts of people.  Some people are easy and fun to be around… I can spend hours with them, talking about things, laughing about things, and just genuinely enjoying their company.  Being around them doesn’t require effort and I don’t want anything from them.  I would have just as much fun driving in the car with them and chatting as I would doing something “exciting.”

On the other hand, there are people who I meet that immediately make me feel uncomfortable and defensive.  I feel like I have to constantly be  on my toes, choose my words carefully, and being around them is far from pleasurable.

Between those two extremes, there are all sorts of people who fall somewhere in the middle.

As a writer who talks about dating and relationships, what has always amazed me when it comes to relationships is how people completely disregard compatibility.  They describe what it’s like to be with their guy and it almost sounds like they’re talking about their arch-enemy… there is no comfort, no trust, no compatibility.

Personally, I needed to date around and experience several relationships before I had a good understanding of what I really wanted, valued, and resonated with in a relationship.  In my late teens and early twenties, for example, I knew that I wanted a girl that had a hot, fit body and a beautiful face.

It took me a while to figure that out. When I realized it, I mentally revisited my past relationships and realized something very important that I want to pass along to you…

When I think of relationships that didn’t work out for me in the past (ones where I wanted things to work out and I got dumped), I realize that the woman I was with at the time was never going to be that woman with me.  Even if she wanted it to work.

I can clearly see now, years later after all the emotion and attachment is completely gone, we never would have reached that level of intimacy that is ultimately valuable to me in a relationship.

All those emotions have nothing to do with love or compatibility.  They’re just fear, ego, and a false sense of identifying with relationship success.

Real relationship success is not about making a relationship with someone work when, at your core, you and him are ultimately incompatible.  It can be hard to see if you’re blinded by fears of loss, self-doubt and relationship fantasies that you want to come true…

And what’s the easiest way to know if they’re a good match or not?  Plain and simple – how do you feel about yourself when you’re with that person? Do you feel better about yourself?  About life? About the things that upset you?

How you feel with the person you’re with is the best indication of whether you’re with someone who’s compatible or not. How much you want it to work is the worst indicator of a good relationship (in fact, usually the people who tell me how desperately they want something to work are highlighting how incompatible they really are from their partner)

The guy you’re into has to be sexually attracted to you. This is not a radical claim, it’s just fact. If he doesn’t feel a sense of biological, physical attraction to you, then nothing else I say will matter. His physical attraction isn’t the end-all be-all of his desire to be with you, but it is a required foundation.

That’s the bad news… if you want to call it that. The good news is that some of the most powerful seductresses the world has ever known were not the most beautiful.

My advice is to strive to be as attractive as you possibly can, and fortunately, this is largely in your control. And for the things you can’t control…. own it.

Too many women kill their attractiveness by walking around with insecurities and no self-esteem because they feel that something about their appearance is flawed and they’ll never be good enough to attract the man they really want.

Whatever your supposed fault is, I can guarantee that your self-doubt is far more unattractive. Nobody is perfect and no man demands or expects perfection. But those who own their imperfections are massively more attractive than those who do not or cannot.

There is definitely something attractive about a woman who owns her imperfections and is totally OK with them. Conversely, being insecure is a massive energy drain to you and the people around you. Insecurity stinks of desperation and desperation kills attraction.

So change what you can to be sexier and more physically alluring and appealing. Spend more time at the gym, eat healthier, learn how to apply makeup to enhance your best features, train your voice to be pleasant and seductive (tape recording yourself works wonders), master attractive body language and facial expressions, dress to flatter your figure, you get the point.  And that which you can’t change… own it.

What makes you irreplaceable in the eyes of your man? Your ability to reach deep into the depths of who he is and inspire him. To put it more bluntly, you must offer something that is much more rare and valuable than sex if you want him to treat you as something important in his life. I mean… duh, right?  And yet this obvious truth gets distorted and overlooked.

Ask yourself: what are you bringing to the table besides a physical hookup that he values deeply?

Men have a deep unconscious fear that their life, their contribution to the world and their existence is pointless, meaningless, and insignificant. At the same time, every man has hopes, dreams, and aspirations.

And here’s the major lesson: In order for a man to feel truly alive and truly fulfilled, he needs to be pursuing his deepest aspiration and his “mission” in life.  Your ultimate gift as a woman is to inspire him to do that, to realize his ultimate potential as a man.

4. Put Energy Into the Right Places

If you’re still stuck in feeling needy and out of control, you’re not going to see the necessity of bringing that value to the relationship because you’ll still be fixated on your own worries, your fears, your insecurities. And with that fixation, you won’t be able to put energy into the relationship, you’ll have wasted all your energy needlessly worrying about stuff.

I understand that after you’ve been continually hurt and disappointed by men using you, you may have formed some insecurities and frustration around relationships. But in the end, those emotions do nobody a favor – they repel men, they waste your energy, and they make everyone miserable.

The only way to get out of that cycle and move towards building a firm foundation that leads to a good relationship is to find your own self-love and fulfillment independent of a relationship.

Remember: a relationship will never fill an emotional void, complete you, or “make you” happy. You have to show up to a relationship “whole” and happy already. If you show up “broken,” the guy will either leave or you’ll attract the type of guy who will take advantage of you… then leave.

The energy you put into the relationship is the only thing that matters. Putting energy doesn’t come from a self-absorbed place, it isn’t attached to feelings of anxiety, fear, worry, anger, rage, resentment. You are outside of yourself and putting energy into giving him that “extra something” that makes you valuable, rare, and inspirational to the guy.

I don’t care if you like it.  I don’t care if you think it’s fair or unfair. It is a simple truth that people value those who bring a unique, special, meaningful value to the table.   If you honestly think that you can have a man want to choose you and only you forever without bringing something deeply valuable to him… then you’re either choosing very low quality men or you just haven’t thought through reality yet.

Sex is not enough. And loving him the way you want to be loved is not enough either. When it comes to him choosing you, you have to love him in the way that’s deeply meaningful to him. Your energy would be better spent figuring out what this is rather than worrying about him leaving you.

Capture his Heart and Go Deeper in Love