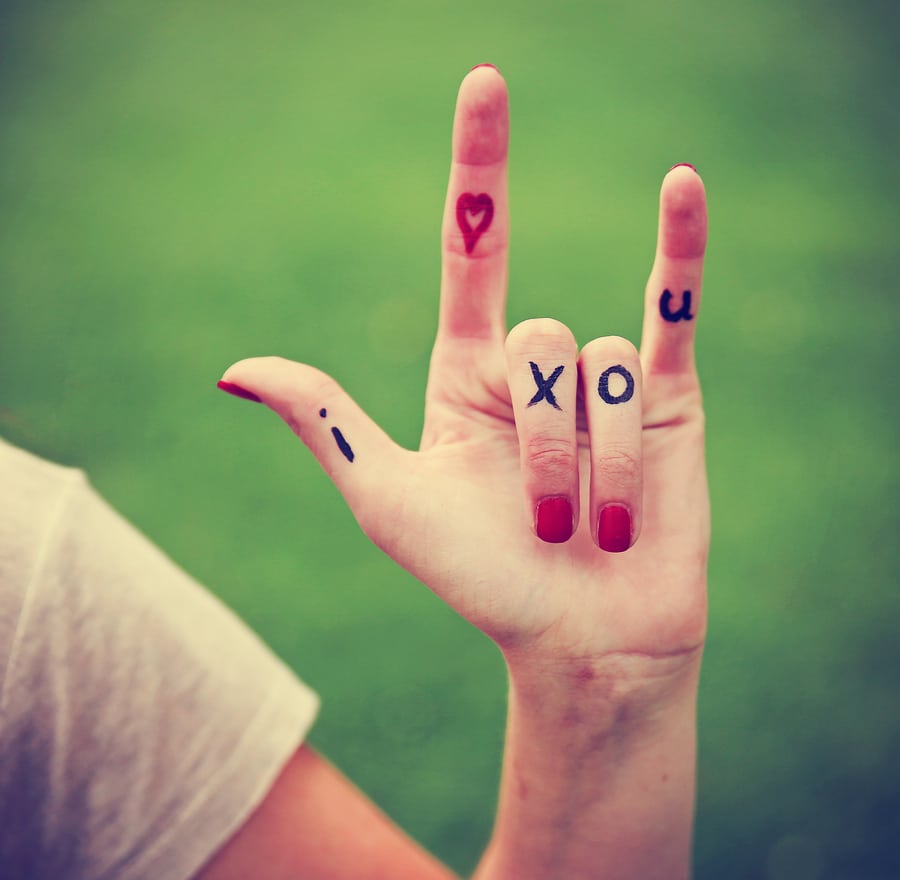 The Amayas’ marriage is like any other: There’s constant learning. Like all couples, they fight sometimes. But they can’t yell at each other from across the room — they have to touch each other’s hands to talk, even if they’re mad.

“Many people think the same thing, ‘Oh, he’s deaf, that means you guys never argue,'” Tania said, laughing, her cheeks pink. “Well, of course, we do.”

Jose, a big grin on his face, showed what he does when they fight: He yanks his hand away from hers so they can’t talk.

Every Friday, the Amayas hold an open lab for blind-deaf people at the Braille Institute, where all classes and services are free. Jose and his guide dog, a golden retriever, commute by bus from the couple’s Van Nuys home.

On a recent morning, a deaf-blind man, Paul Hoffard, came in with his iPhone. He uses a Braille device to type on it, and the Bluetooth connection didn’t work. The device was still synced with his wife’s phone — she’s blind and deaf too.

Jose sat with him, and they held hands, signing, fingers flying. Jose donned a thick pair of specialized glasses and inverted the colors on the iPhone screen, trying to make out the magnified words.

For several minutes, he worked with the phone and Braille device, as Hoffard, an old friend, vented about the tech issues. Jose was having trouble with the needed fix — and it was a maddening mishap. He was trying to enter a serial number but couldn’t see that he was typing too many zeroes. Tania helped figure it out, and Jose signed the good news to Hoffard.

The Amayas both smiled.