His Reactions Mystify You 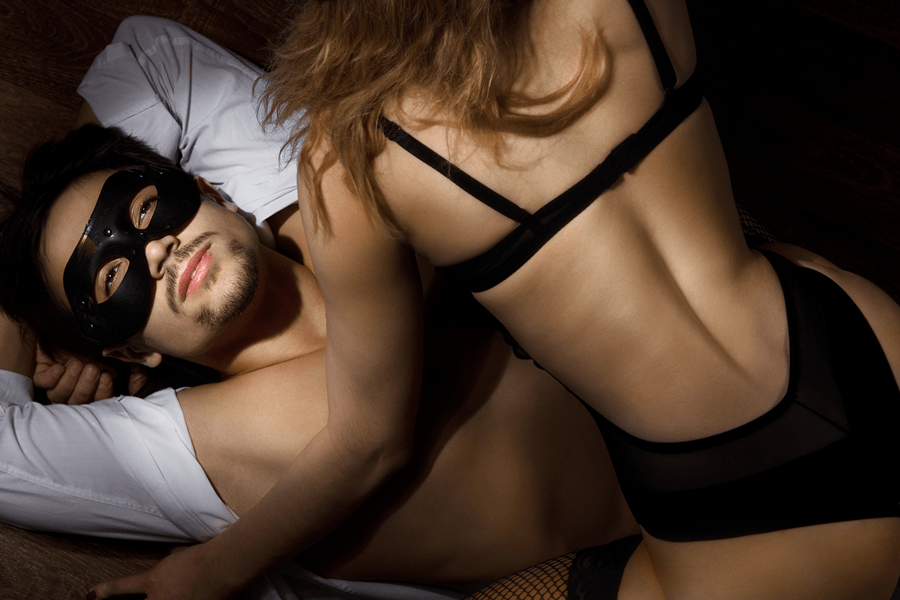 Many ballsy women are afraid to say ‘Please do this’ or ‘Don’t do that’ in bed. Here’s what some women are really thinking.

Our sexist culture unleashes many forms of toxic socialization on its inhabitants, but few lessons seem to take as well as teaching girls from the cradle to coddle the male ego, not just with flattery but with a deep unwillingness to speak truths that could cause men to feel uncomfortable or imperfect. And nowhere is this less true than in the sack. Many a woman who feels herself a ballsy broad in her daily life finds herself in bed, afraid to say “Please do this” or “Don’t do that” for fear of confronting a man looking shocked, upset, or disappointed—which can push a button installed in us as little girls labeled Failure As A Woman.

We know we should get over it already. We know we should speak up and take our lumps and men who can’t handle it are bad lovers we should be dumping anyway. It’s not like we’re not trying. The female half of the human race spends an ungodly amount of time and money trying to unlearn passivity and replace it with a dose of speaking up for themselves.

In the meantime, however, there’s a number of things women are thinking about sex that tend to go unsaid, but you men should probably know them anyway.

It’s not that cultural jokes about two-pump chumps are completely baseless. Women do like having sex, and most of us can point to at least one or two experiences where a man orgasmed as soon as he touched you, and then rolled over and fell asleep while you wondered if that was all you’re going to get. But just because women would prefer intercourse to last more than 60 seconds doesn’t mean that longer is always better. If you consider a point of pride that you can thrust away for an hour without coming, there’s a high chance your partner is lying under you wondering how on earth she can say she’d have liked to wrap it up 40 minutes ago, but is afraid to say anything because she doesn’t want to stomp all over your accomplishments. The vagina’s ability to continue lubricating itself is limited, which can make marathon sex feel more like a duty than a joy.

3. We actually do know what will get us to orgasm.

4. “Getting there” is more trouble than it’s worth.

This is only true for a minority of women, but when I put the call out on Twitter for women to tell me what they don’t tell men, the women who said this were the most passionate respondents. For women who have trouble orgasming, sex could be fun, but it isn’t not because of their lack of orgasm so much as their fear they’ll disappoint their partners. They find themselves avoiding sex because they don’t want to have to endure endless attempts to bring forth an orgasm that will never come, but they still like to masturbate, even if they usually can’t reach orgasm. So, when you’re having that talk explaining that you’re not going to freak out if she starts speaking up about her needs, be clear that you’re not going to judge her if she’s feeling like orgasms don’t have to be the star of the show every time she has sex.

Many women don’t fake orgasms. But pretty much all women turn the volume up on the ones they do have, because they know you like it. This isn’t lying, but embellishment, and it would be nice if men returned the favor. Sex is no time for masculine stoicism. A little verbal appreciation in the form of moaning and groaning makes a nice two-way street.

5. Our bodies are very sensitive when aroused, so err on the gentle side.

When I put the call out for suggestions for this article, this was probably the No. 1 category, with comments like, “That’s a clitoris, not an elevator button.” Nipple-twisting was also denounced, and one woman noted that not every woman is a fan of finger-banging, which can feel rough and sort of pointless. Men who dive at your genitals with their mouths were appreciated for their enthusiasm, but not so much for their technique. Overall, the feeling was that more pressure can be added as needed, but the shock to the system of having someone overdo it can be a major turnoff.

Obviously, every woman is different, and even with these most general of guidelines, you’ll find dissenters. Communication between partners is the ideal. But have some sympathy on women who haven’t read enough self-help books or seen enough therapists to overcome their fear of speaking up. You might find that having patience and understanding will make it easier to draw them out over the long run. To encourage more communication, don’t make faces or act like your ego is hurt when women do push themselves to speak up. It likely took a lot of courage to do so in the first place.

His Reactions Mystify You