Can You Guess? What Times We All Like to Have Sex 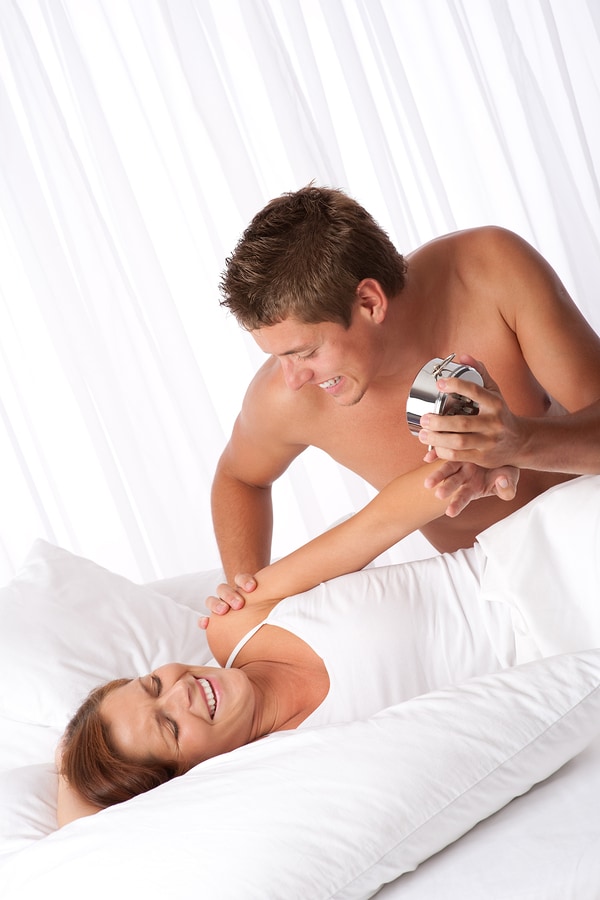 There’s no right or wrong time to have sex, but for whatever reason, certain days and times seem to be more popular than others.

In fact, according to a survey by the married dating site IllicitEncounters.com, there’s one time that everyone seems to be rallying around: 10:24 P.M. on Saturday nights.

It’s not too surprising, really. People don’t usually have work the next morning and couples are getting back from date nights or wrapping up romantic nights in. Whatever the reason, that’s what the survey of 1,000 couples found. People also said they hit their peak arousal at 5:35 P.M. on Saturdays, which means they must be waiting five long hours.

Generally, Saturdays were the most popular day of the week to have sex, with 42 percent of respondents saying it’s their favorite day for the activity. The least popular was Mondays, with only 1 percent of couples preferring it.

It also looks like sex drives vary by season, with 62 percent preferring to get busy in the summer, despite research suggesting higher temperatures can actually hinder our sex lives. Only four percent cited fall as their favorite time of year to get it on, and despite its reputation as “cuffing season” and its popularity among online daters, winter was the chosen season of only 20 percent of people.

For many couples, though, the timing of sex is just a matter of convenience: 45 percent said they literally schedule it to make sure they have the time. Hey, whatever works. You might even want to try scheduling it for 10:24 P.M. next Saturday to see what all the fuss is about.

Can You Guess? What Times We All Like to Have Sex