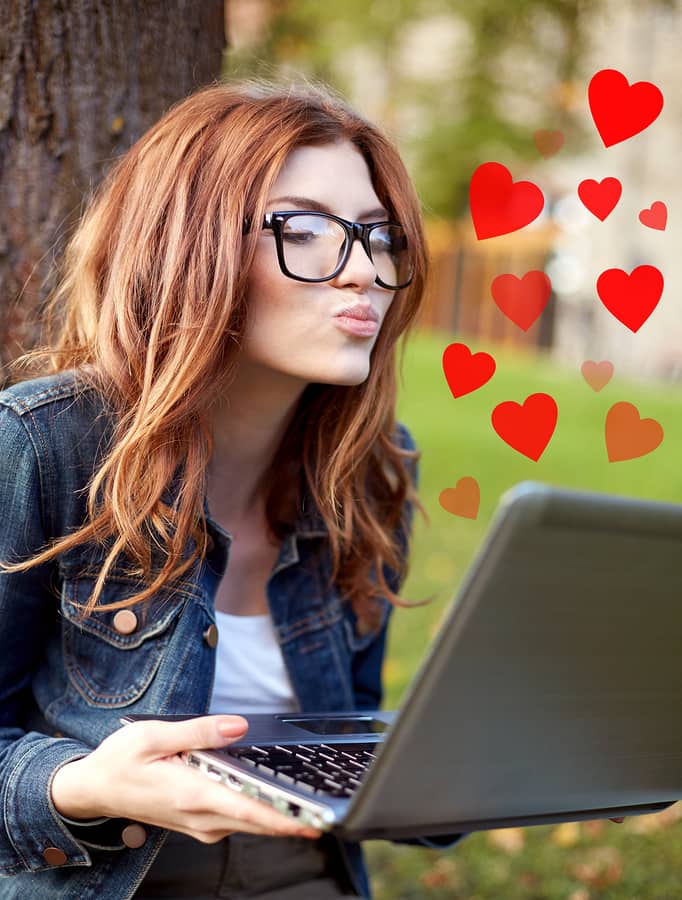 I cringe when I see someone publicly trying to flirt on Facebook and failing because it reminds me of me.

I’ve noticed that the most common technique is one I utilized for years, the “I’m kidding…unless YOU’RE not…” approach, where someone makes a flirtatious overture under the guise of it being a “joke” to soften the blow of potential rejection, but also opens up the possibility of moving forward if the response to the “joke” is positive.  I get so embarrassed when I see this tactic because I look back and realize how transparent I was for years while thinking I was so slick, smooth, and suave.

A few weeks ago, one of my friends posted a status that said, “I dropped my iPhone and now it won’t turn on, can somebody help?” and inevitably, a poor sap commented, “I can show you how to turn YOU on, haha….”  The comment went unliked, unresponded to, and sat there like a Facebook sore thumb.

I’ve made similar inappropriate comments publicly so many times, and my friends have asked why I did this so frequently given how empathetic I seem nowadays and how I’m currently in a loving long-term relationship.

The main reason I used this approach was because I always thought women were oblivious and did not know how to take hints.  When my advances went unanswered, I’d think, “How could she be so unaware that I’m flirting?  I guess this means I need to be more obvious next time.”  Many movies and television shows had a trope where several men would make advances to the same woman and part of the humor rested on the woman’s unawareness, so I assumed that all women were this oblivious in real-life.  I subconsciously dehumanized them and saw them as vapid creatures who never knew what was happening around them.

Little did I know that every time I tried to be subtle, they almost always knew I was attempting to flirt, and they didn’t challenge my intentions because it would’ve made the situation too awkward.  And in some cases, they were generously helping me save face.  However, since I came out as a transgender woman, I started receiving messages and awkward comments from strangers who try to flirt with me (which is a completely new experience), so I am now experiencing what I’ve put so many women through.

I used to wonder why my female friends never told these people–mostly men–to “go away” bluntly, and now that I’m experiencing the awkward amorous overtures firsthand, I realize it’s because this entire flirting technique is immersed in plausible deniability.  These men can easily deny that they were ever flirting and can even claim that the other party is being “arrogant” when confronted.

A few years ago, I had a crush on my friend and while we were chatting online, I made an allusion to how beautiful she was as a “joke” and followed up with a meek “lol…”  Looking back, I could see she was protecting me when she told me she only saw me as a friend and wanted to cut this off at the pass before I got the wrong idea.  She told me she wanted to make our relationship clear, that we were only friends, and that while she was flattered, she didn’t want us to be anything more.

Immediately, I felt my face turning red and I was so embarrassed that I didn’t know how to deal with it.  I convinced myself that I was just trying to give her a compliment.