The Exclusive Talk… How and When to Have It 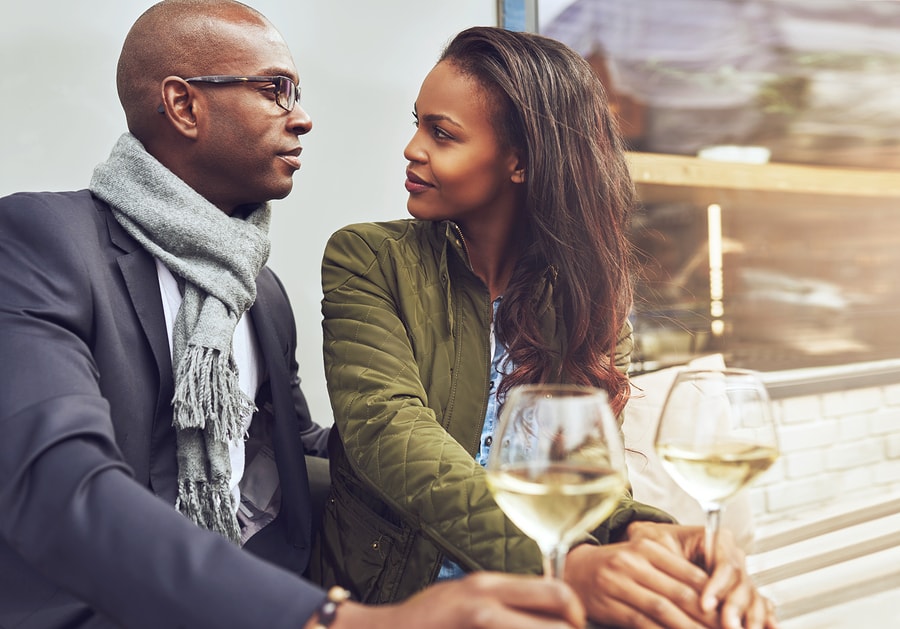 But it all took a turn when me and my friends went to the bathroom to fix our faces and they started getting in my ear about how strange it was that he and I weren’t official yet, and what a bad sign that was.

The first time I had “the talk” turned into more of a ridiculous display of exactly what not to do. I was in college and had been seeing this guy for a little over a month and had never felt so strongly for someone else, ever. We spent a ton of time together and I figured we were heading toward being “official” but it wasn’t a pressing matter on my mind, it just lingered in the depths.

That all changed one night when I introduced him to my friends for the first time. The night started out great, we had some drinks and went to a bar with some of his friends. But it all took a turn when me and my friends went to the bathroom to fix our faces and they started getting in my ear about how strange it was that he and I weren’t official yet, and what a bad sign that was. In addition to a fresh coat of powder and gloss, I left the bathroom with a giant chip on my shoulder.

Later that night, fueled by tequila and insecurity, I absolutely needed to know the status of our relationship, like right this second. As soon as he and I were alone back at his place, the tsunami brewing in my head all night came rushing forth, catching my guy completely off guard. In the end, I had no title and a severe lacking in dignity (those got washed away by a flood of drunk tears…the absolute worst kind of tears).

The relationship trudged on for some time, but the dynamic had completely changed. From then on he always felt out of my reach. I wanted to be official and he wasn’t ready. The terms of the relationship became entirely his to dictate and I anxiously waited for him to pick me, while I tried to prove that I was good enough and worthy of being his girlfriend.

Okay, so now that you’ve seen an illustration of what not to do, let’s get concrete and talk about the right way to have the relationship-defining talk.

That’s right, the best way to have the talk is to not! Relationships work best when you can just live in the moment and let things unfold naturally, without pressure or an agenda.

If it’s a good relationship, if you connect and genuinely get and appreciate each other, then it will just happen. And you won’t even feel that anxiety that comes from not knowing. When a guy likes you and wants to be with you, he’ll make sure you know it!

At the same time, be mindful to not act too much like his girlfriend before you actually are (this is one major mistake I made) and continue being a confident, independent woman who loves her life and doesn’t need a relationship to fill some sort of void.

I would say wait about two to three months before getting into the title talk.

Relationships take time to develop. At first you’re just getting to know each other and seeing how well you work as a unit. The relationship I described was moving at warped speed, but even still, a month isn’t all that long.

Don’t let other people tell you how your relationship should or shouldn’t be. Every relationship is a unique experience and moves at a different rate. However, I’d say three months is a pretty universal expiration date for feeling things out. By that point, you should have an idea of where things are headed.

3. Be clear on what you want before you go in.

In my case, I wanted a committed relationship and instead settled for something that made me feel inadequate and kind of pathetic. And because I wasn’t fully clear on what I wanted, and what I would and would not settle for, I convinced myself that this non-relationship would suffice.

Before having the talk, or even getting serious with a guy you’re dating, decide what it is you really, truly want. When you recognize and admit what it is you want, you will be better able to move towards it. It is only when you’re confused and unsure that you settle for things you don’t want.
The truth is, most of the time you know what you want, you’re just afraid to admit it. Remember, you deserve to have the relationship you want and do not need to settle for the scraps someone else is willing to spare.

If what you want is a monogamous, committed relationship then there’s no shame it admitting that! Take a few days or even weeks to get clear on exactly what you want from a relationship. Let this information penetrate your being and embolden you. When you are solid in your convictions you will be able to come from a place of confidence and high self-worth, which ultimately sets the foundation for you to get what it is you want.

4. Don’t do it when you’re drunk or in an overly emotional state.

If you approach him when you’re feeling especially upset or unsettled about the situation, he won’t take what you say as seriously. Instead, he might dismiss you as a typical woman being overly emotional (or worse, ask you if you’re PMS-ing).

So if you must have the talk, make sure to do it when you are strong, clear-headed, and know exactly what it is you want. Don’t let your emotions consume you; be logical and straightforward. I’m not saying emotions are a bad thing, we’re women and our capacity to feel and express our emotions is also our greatest strength, but it’s just important to remember that men aren’t wired the same way and in some instances, coming from a place to strong emotion can cause your message to get lost in translation so it’s better to speak in a language he is better equipped to understand.

You should also mentally prepare yourself if you don’t get the response you want. If he says he doesn’t want to be official what will you do? Will you stay and wait it out? Walk away? Spend some time really considering the answers to these questions.

Do not open with the dreaded “we need to talk” line. Nothing sends chills up a guy’s spine faster than those four little words and he might immediately go on the defensive, or just shut down and withdraw.

Instead, just casually say something like, “You know, for the past few months I feel like you’ve been acting like my boyfriend, is that fair to assume?” Or ask if you could introduce him to your friends as your boyfriend. When it comes to these things, it’s best to just take a casual, light-hearted approach. If he really likes you, he will happily put a label on it. If he’s iffy or on the fence, he’ll stall or come up with excuses. Again, just make sure you don’t come at him from a needy or desperate place. Be a confident woman who knows she deserves an amazing, fulfilling relationship and isn’t afraid to pursue that…or walk away if a situation isn’t what she wants.

Also, this talk can only be had in person. Don’t do it via text, G-chat, or even over the phone.

So you’ve done everything mentioned above. You approached him in a confident, direct manner and conveyed to him in your own way that you want the relationship to be official. Now it’s his turn. Let him speak and express what’s on his mind and be open to hearing his point of view, even if it’s counter to your own or isn’t what you were hoping to hear.

Don’t blame or attack him for feeling the way he does, just acknowledge what he’s saying and tell him you understand where he’s coming from (and try to do this genuinely). If you start arguing or debating the matter it means you’re pushing him farther than he’s willing to go in the relationship at this point. And if he starts to feel attacked or blamed, he’ll shut down and will be even less likely to want to make it official.

In my situation, I heard what my guy was saying and his reasoning (basically it was that he had been burned by the girl he dated right before me and needed to go slow), but I didn’t take the time to really understand where he was coming from. Instead, I came from a selfish place and let my ego get way too involved. I didn’t consider his hurt or his pain, only my own and what it said about me that he didn’t want to be my official boyfriend.

I’m not saying you should agree with what your guy’s reasons for not wanting to be official, but it is important to at least try to understand it and have an open mind.
—

There you have it, the top tips for having the talk and getting the relationship you want. I know it’s scary, but think of it this way, either you’ll get what you want or you won’t, which isn’t as fun but at least it will free you up for a guy who is on the same page.

The Exclusive Talk… How and When to Have It