Speak Your Truth and Build Happiness Together 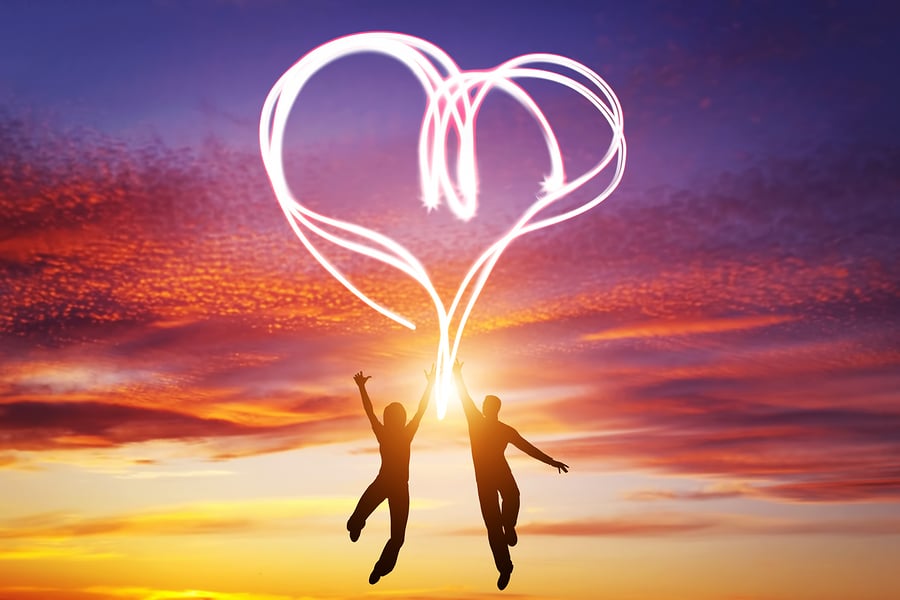 After years of emotionally abusive relationships, I currently have a loving and supportive partner, but it hasn’t come easy.  Most of my past relationships fell apart due to miscommunication and feeling unheard.  I had to learn from my missteps and change my approach to communicating effectively, and although this is a difficult and ongoing process, proper communication skills are key to a relationship’s sustainability.

Here are some useful communication tools that I’ve acquired over the years after learning from past mistakes.

It was never easy for me to request anything from my ex-partners because I was deathly afraid that they would either think less of me or leave me.  More importantly, I didn’t feel like I deserved to be treated well.

One of my ex-girlfriends would tease me about my weight constantly and I never let her know how much it hurt my feelings.  Instead of having a potentially uncomfortable conversation, I built up resentment towards her over time.  The main reason I never confronted her was because I had such low self-esteem that I thought she was doing me a favor by being with me.

By treating myself like a charity case, I didn’t put any value in myself which made it harder for us to put any value in our relationship.  I still think it was unkind of her to constantly shame me for being overweight, but it’s also possible that she didn’t mean any harm, and I’ll never know how she would’ve felt if I communicated that she genuinely hurt my feelings.

Over the years, I’ve learned to value myself more, which means that I have to occasionally request that my emotional needs are met.  I try my best to bring up the conversation gently and reassure her that my words are not meant as a personal attack.

These conversations generally aren’t comfortable and can get contentious, but I would much rather cope with some discomfort than to let years of resentment build up.  It’s better for your relationship–and for you personally–to realize that you are valuable enough to ask for what you want.  You owe it to yourself to let your voice be heard.

2)  Don’t demand to have your needs met.

Asking for what you want is different from demanding to get what you want.  When you become forceful in conveying your needs, you are selfishly disregarding your partner feelings.

I became incensed in a past relationship when my ex-girlfriend would take too long responding to texts.  Instead of simply letting her know that this was bothering me and discussing this issue like adults, I told her that she needed to text me more often, and I accused her of not caring about me if she didn’t comply.  Needless to say, we didn’t last.  Coercion is an unhealthy way of connecting with someone.

The mistake I made was conflating her actions with my self-worth. I thought that her lack of texting meant that I was an unlovable person. When you expect your partner to do whatever you ask, you are neglecting your partner’s needs and not taking ownership of your own feelings, meaning that you are deflecting responsibility onto someone else.  This hinders your own growth as well as the growth of your relationship.

Communicating your needs is not about getting your partner to comply by any means necessary (this would be considered emotional manipulation bordering on emotional abuse).  The purpose of asking for what you want is to assert yourself and let your voice be heard, not to get anything and everything you want. Remember that speaking up for yourself is its own reward, and remember that your partner has feelings, too.

There will be times when your partner will request that his/her emotional needs are met, and when this happens, it’s very easy to react defensively and harshly which isn’t helpful to either party.

My natural impulse when my partner criticizes one of my behaviors is to defend myself angrily because I generally view criticism as a personal attack against my character.  I have to remind myself every day that this is not the case.

I was once told that I should lift my knees slightly higher when I run in order to improve my technique and burn more calories.  I automatically began making implications that weren’t there.  “So she thinks I’m bad at running, meaning she thinks I’m lazy, and lazy people aren’t desirable, so she thinks that I’m a lazy undesirable person?”

It took many years for me to realize that my self-worth is not wrapped up in any behavior.  Behaviors are something that can be fixed, improved, or even ignored, but none of that has anything to do with my worth as a person.

Once I learned to depersonalize criticisms, I became more able to hear my partner’s needs and assess whether her criticisms are valid or invalid, and either way, I’m thankful that she trusts me enough to communicate her needs to me.

Although criticism can oftentimes feel initially unpleasant, it never has to be negative.  You can either take your partner’s advice, or you can respectfully disagree, but either way, your self-worth will always stay intact.

4)  Take yourself out of the situation when tempers are flaring.

When you’re in a relationship, it’s inevitable that you and your partner will eventually have tempers.  When this happens, it’s hard–if not impossible–for logic to seep into your brain.  In these instances, it’s okay to temporarily take yourself out of the situation until anger subsides.

The good news is, anger has a time limit and cannot sustain itself forever.  When I feel like I’m about to lose control, I’ll leave my apartment for a few minutes to clear my head.  This gives me time to calm down which minimizes the possibility of saying something I’ll later regret in the heat of the moment.

It also gives me a chance to consider why the initial argument made me so angry in the first place, and when I can analyze my thoughts in a calmer manner, I can re-enter the conversation after I’ve calmed down.  In my experience, if the argument is resolved by the time you have calmed down, it’s okay to let it go and never bring it back up again.  But if there is still lingering resentment, it’s important to resolve the issue and not sweep the problem under the rug because it will always resurface down the road.

I was raised on negative reinforcement where my parents would shame me for any type of indiscretion.  They thought this would force me to behave well in order to save face.  What they didn’t realize was the irreparable damage this has done for my self-esteem.

I’ve found that many people were raised the same way, so they use similar tactics in communicating with their friends and spouses.  When you shame people for making a mistake (or what you deem as a mistake), they are actually more likely to repeat the behavior because shaming increases the likelihood of lower self-esteem, self-sabotage, and self-fulfilling prophecies.

Since I was used to being treated this way, I gravitated towards women who would treat me in a similar fashion and thought that constant shaming was the only way to get my point across, too.  It wasn’t until my current relationship when I realized that this is a toxic and inefficient way of communicating with your partner.

Conversely, you can return the favor and let your partner know whenever he/she makes you happy, and it’s a wonderful feeling to share your happiness together.  The only drawback of positive reinforcement is how difficult it is to break a bad habit, but otherwise, there is no discernible downside.  It is better for your relationship in every way.

Speak Your Truth and Build Happiness Together