Saying ‘No’ to a Date 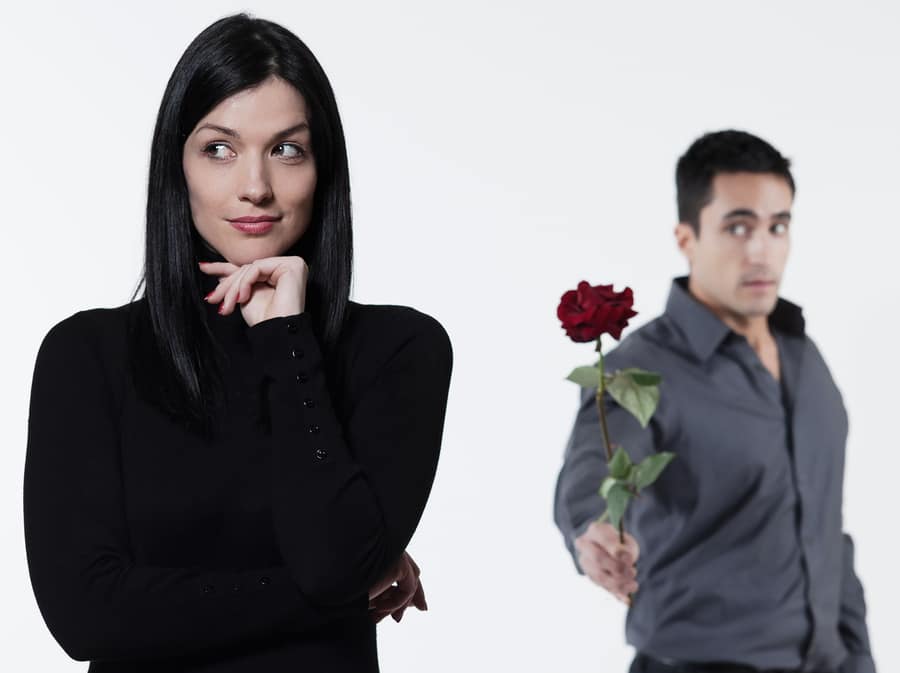 From the up-front “No thanks” to the “long, slow good-bye.”

Dating is hard! Awkward! Weird! But the only thing harder, more awkward, and weirder than dating (which, okay, can also be fun and pleasant and great-ish, occasionally), is actually saying no to a date. The cripplingly cringe-y factor of having to do the “I’m just not that into you” dance is the worst.

Here, nine women share their strategies for how they turn down a date—or just avoid it, depending on the style (and level of cowardice) of each particular lady.

“I am very blunt when I’m not interested. I don’t have to do that very often, though, because I’m also very blunt when I don’t want to give someone my number. So if you’re texting me in the first place, I’m probably going to say yes. If it’s any date other than the first one, I will say no and tell them why, in the way that I’d want to be told—I’m not feeling it going anywhere but thanks for your time, etc. The reason I give is true about 70 percent of the time; the only ones I lie to are the really nice ones where there was just no chemistry, because men never believe there was no chemistry if they were attracted to you. To them I say, ‘Hey, so, I really enjoyed getting to meet you, but things have gotten a bit more serious with someone else I was seeing and I’m going to see where that goes. Best of luck,’ and they are always great about it. Most of them are just like, ‘Cool, text me if it doesn’t work out.’ And that one actually works BETTER if you’ve been dodging dates/texts for a week and feeling like a dick about it, because it has a built-in explanation for your flakiness. Highly recommend, though effects on karma remain unknown.”

“During my tenure on the NYC dating scene I practiced the “long, slow good-bye” with reckless abandon. If you’re not familiar, a “long, slow good-bye” is a strategically and subtly reduced frequency of contact. (Example: He texts, you respond one day later. He responds, you respond two days later. He texts, you respond four full days later…I usually double the amount of time I wait with each response, but you can use any time frame you deem appropriate for your predisposed texting cadence.) I do realize that this technique is far from unique or unorthodox—in fact, it’s probably the most selfish easiest way to dump someone. Irrespective of my favor toward the “long, slow good-bye” method, I probably wouldn’t recommend it to anyone new to the dumping scene. My reasoning is equally as selfish as the method itself: The “long, slow good-bye” is followed by an ominous feeling of guilt and self-contempt if you have even a morsel of a conscience. Additionally, your formerly blissful nights spent at Dorrian’s and Bounce will be forever marred by hauntingly inevitable run-ins with past dumpees. I can tell you that this is an experience about as pleasant as a root canal and provides an ABRUPT reminder that time does not heal all wounds. The fling you ‘long slow good-bye-d’ when you were 24 will still loathe you when you’re 35.”

“One time on a bus a guy asked me for my number, and instead of being honest I gave him a fake one. Because Murphy’s Law is real, the man dialed it in front of me then proceeded to shame me in front of my fellow passengers. Since then I made two promises to myself: 1. That I would always be kind but honest if asked out—usually a, ‘No thank you’ is enough—and 2. That I would never blame it on having a partner, because I should be allowed to just not like someone and not feel bad about it.”

“I don’t like to condone lying, BUT I lie constantly when it comes to dating and/or getting out of dating. I have a really nasty habit (working on it) of bailing on a date hours before it’s supposed to happen, usually with the old, ‘Oh shit, I’m sorry, my boss just told me I have to work late. So mad! Rain check?’ but that is my tamest lie. I’ve pulled the ‘family emergency out of town’ far too many times, and my real low point was when I told a guy that my sister was in the hospital when she is perfectly healthy. To be fair, I usually pull this crap with Tinder dates and I’m much nicer with actual prospects, set-ups, and people I’ve actually met IRL. But yes, I am rude and terrible, and I’m sure my karma is so stacked against me at this point that I will be single for life.”

“When a guy asks me on a date over text I pull the awkward, ‘Suuuure, let’s find a dayyyy,’ and then am vague, noncommittal, and generally annoying until we can both agree that life is SO crazy right now and…*FADED* because I’m nonconfrontational and don’t know how to be a real person. I recognize that I’m the worst and it’s so rude—and personally, I’d much rather have someone just be straightforward with me and tell me he just doesn’t want to see me anymore, but….”

“If it’s only been two or three dates (I try to give everyone a second chance unless they’re truly terrible), I usually just say I’m really busy and ghost. If it’s been more than that, though, I’ll be honest and say I don’t think it’s the right thing for me.”

“When someone asks me out and I don’t want to go with them, it’s not that hard to make my scheduling sound so impossible that I can’t ever see them! This happens a lot. And then when they still persist, like asking for coffee or something, I tell them I don’t drink coffee and that’s not even a lie! I’m a huge bitch and that is why I am single.”

“I am SPINELESS when it comes to turning down guys. To the point where, when one guy asked me out on a second date that I was not interested in going on, I typed out a very nice ‘You’re great, but I don’t think we’re right for each other’ text message to reply with and then proceeded to continually stare at it but not actually send the thing—until finally too much time passed and I had just ghosted on him by default. I’m totally guilty of just fading out/not replying in lieu of saying no. Part of it is wanting to avoid confrontation, for sure, and feeling guilty about being mean, but I also feel like I suck at dating/meeting people and therefore give myself a hard time for wanting to shoot down an interested party, however politely. So instead of saying no, I usually just say nothing.”

“When a guy asks me out on a date in person and I want to decline, I usually say that I’m in a relationship. Sometimes this is a lie and sometimes it is true. I just think there’s no constructive aspect to being honest about why you’re saying no in the initial encounter ifthey’ve approached you in the right (respectful) way. That shit takes balls on their part. However, given the gift of the scenario in which some asshole tries to do it, I relish in every opportunity for the public takedown. Then comes the all-too-familiar scenario of meeting someone—whether it’s over the Internet or in person—and being initially attracted enough to exchange numbers, then being turned off for whatever (read: any) reason. When the making IRL plans topic is broached, I initially put it off. ‘I’m going away this weekend, but let’s talk next week’ works 75 percent of the time in getting rid of human people and 100 percent of the time in getting rid of Internet people. Guys will drop anything if it becomes too hard, in New York especially, no matter how attractive it initially was. I usually save the ‘I don’t think this is a match’ for someone suggesting a second date after an unenjoyable first. In rare occasions I’ve given that halfway through a first, but only when it was really painful or offensive.”

Saying ‘No’ to a Date