Why Millennial Sex Drive Could Be Shrinking 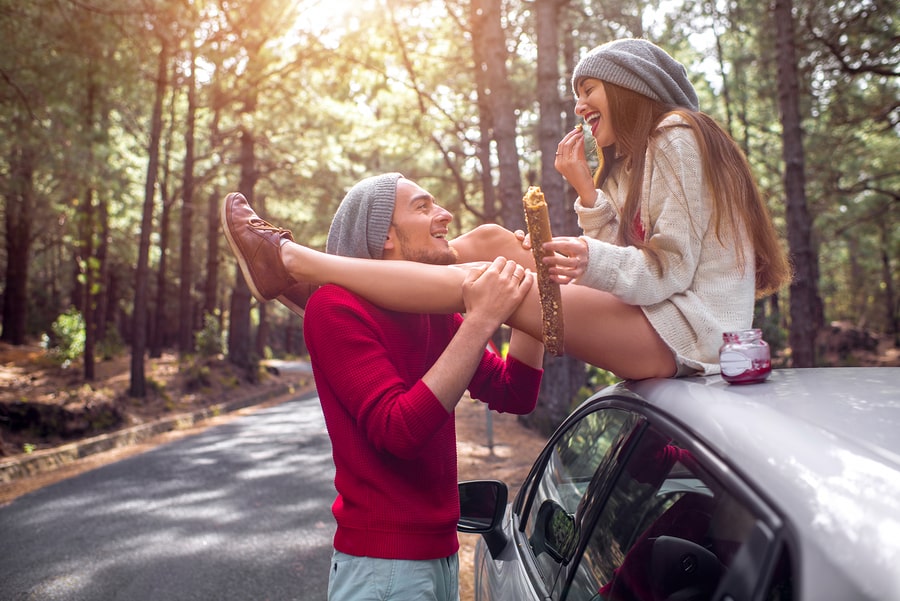 Why more millennials are avoiding sex.

I spent most of yesterday morning mulling over Tara Bahrampour’s article in the Washington Post headlined “‘There isn’t really anything magical about it’: Why more millennials are avoiding sex.” The crux of her argument relates to a new study in the journal Archives of Sexual Behavior that finds younger millennials (i.e. those born in the 1990s) more than twice as likely to be sexually inactive in their early 20s as Gen Xers were. Compared with baby boomers, millennials’ low sex drive makes them look like nuns and priests.

The proffered reasons for millennial abstinence? A culture of overwork and an obsession with career status, a fear of becoming emotionally involved and losing control, an online-dating milieu that privileges physical appearance above all, anxieties surrounding consent, and an uptick in the use of libido-busting antidepressants.

I generally jump to the defense of millennials, not just because I am one, but because I even know some. It too often feels as though we’re reported on as an alien species: “I saw this strange person at the supermarket buying organic milk. He was ungrateful, stupid and has never worked a day in his life, if my personal inference from watching him hold the carton may be used as a categorical analysis of an entire generation, as it will be throughout this piece, and then again in the comments section.”

But if (and this is a big “if”) this is indeed how many millennials think about sex, relationships and other people — as productivity inhibitors — we’re screwed, in all ways but the fun one.

“Research-based trend pieces are useful in the same way polemics are useful — to the extent they provoke further discussion.”

OK, a couple of disclaimers before you pillory the argument: I’m not a “younger millennial.” If millennials are defined as those who are 19 to 35 years old in 2016, then at 29 I clock in on the “What are the young people up to these days?” end of the millennial spectrum. So, younger young people, weigh in in the comments please and tell me what I’m missing; I’m all ears.

Second disclaimer: I believe that everyone should have exactly as much sex as they do or don’t want to have, with whomever they do or don’t want to have it, in whatever fashion they do or don’t want to have it. So long as consent is present in any resultant exchange, one need not justify their choices. Some are not physically able to have sexual relationships, some have religious or cultural reservations about premarital sex, others do not desire sex; none are less human, none are more correct. I also don’t suggest that my choices are particularly enlightened; indeed, several sources familiar with the matter can confirm they’ve often not been. My interest in this rise in abstention has to do with motivation and meaning rather than the (lack of) action itself.

Final disclaimer: Many trend pieces are hot garbage. See: the New York Times article on“the explosion” of women who dye their armpit hair. The trend piece is a form that’s plagued by the “To a hammer, everything looks like a nail” problem. If you begin with any premise and set out to prove it, you can generally find a handful of folks in this world of 7.4 billion to confirm your suspicion.

That said, research-based trend pieces are useful in the same way polemics are useful — to the extent they provoke further discussion. And this research is based on a nationally representative sample of more than 25,000 American adults. So here are my thoughts in brief on points made in the Washington Post article (edited here for clarity). You’ll have others.

“It’s a highly motivated, ambitious generation,” says Helen Fisher, a biological anthropologist at Rutgers University and chief scientific adviser to the dating site Match.com. “A lot of them are afraid that they’ll get into something they can’t get out of and they won’t be able to get back to their desk and keep studying.”

As Michael Cunningham wrote, “You cannot find peace by avoiding life.” Sure, any attempt to have a life outside of work will keep you away from your desk. And it’s true that we live in fraught times, with massive student loan debt and decreased job security. But overwork, with all else perceived as a distraction, is no tool to cultivate joy.

The sense of caution sometimes manifests itself as a heightened awareness of emotional pitfalls. For example, many young people speak disparagingly of the messy emotional state love and lust can engender, referring to it as “catching feelings.”

Noah Patterson, 18, has never had sex. “I’d rather be watching YouTube videos and making money.” Sex, he said, is “not going to be something people ask you for on your résumé.”

Lots of miserable people with cool resumes out there.

Online life “ends up putting a lot of importance on physical appearance, and that, I think, is leaving out a large section of the population,” said Twenge, who teaches psychology at San Diego State University. Unlike in face-to-face meetings where “you can seduce someone with your charm,” she said, dating apps are “leaving some people with fewer choices and they might be more reluctant to search for partners at all.”

What’s even sexier than an avatar? A flesh-and-blood human with flaws and personality.

Flesh-and-blood humans carry traumas born of their experiences on a complicated and oft-cruel planet. Some of these traumas are sexual. Rather than pathologizing humans who’ve survived sexual trauma, perhaps you could recognize that they did not create the environment that harmed them, and work to be a source of understanding and support.

Abstinence may not be such a considered choice for everyone, though; there can also be environmental factors. For example, the use of antidepressants, which doubled between 1999 and 2012, can reduce sex drive.

This is real. Those who take antidepressants: Good on you for getting the help you need. Those who don’t: Find a way to understand and support flesh-and-blood humans dealing with depression.

“The decision to indefinitely avoid sexual relationships from a place of fear is deeply understandable.”

Why is sex a necessary or good thing, given all these concerns?

It isn’t an absolute good. It’s only good if it’s a thing you want to do, if it’s an act that brings you fun or connection or pleasure. The problem isn’t that millennials are having less sex, but that many of their reasons reveal warped values and a fear-based approach to existence. Here’s a generation swearing off a life-affirming and life-creating act in record numbers, simply because they don’t know what to do with it.

Most people are rational actors, in so far as their fears are connected to their experiences. There are many anecdotal and quantitative indications that sex among millennials is a real landmine for hurt and misunderstanding. In some ways, this hurt is heightened by the advent of distancing technologies like Tinder and texting. But the challenge of navigating closeness with and care for others has always been a central human story.

Rather than forgoing sex, we can be strive to be more creative and generous in our interpersonal relationships, whether they be sexual or otherwise. That starts by thinking deeply about what we want so that we can articulate it to another person. It continues by finding a receptive and respectful person or people to have sex with. It continues by being a receptive and respectful person. It ends never.

The emotional work that sex asks us to do is the same emotional work a life of growth requires. The decision to indefinitely avoid sexual relationships from a place of fear is deeply understandable. But it is also a decision to constrict the edges of one’s experience; it is a decision to disengage from that which induces greater vulnerability, and greater tenderness.

Why Millennial Sex Drive Could Be Shrinking