Moving overseas has a tendency to feel like a second adolescence. You wipe the slate and have a chance to try on different versions of yourself. It can be quite daunting navigating what feels like being an adult teenager. It is a cycle of losing and finding yourself until you find the right fit. If you choose to return to your nest from battle, you may find you are comforted by familiarity and perspective. Then, should you decide to return to where you did all your growing and shifting, you get to double down on new perspectives.

Here is my story on my second adolescence and some of the relationships I experienced.

I had a thing for Bens* around the time I moved to Australia. My first Ben came to me when I found my first apartment in Melbourne. My friends brought him along I was a little tipsy and I liked the way his beard felt, so I invited him to stay and promptly passed out. He was a perfect gentleman. We dated for four months (a good beard can get you places, apparently). He took me out for food, we wore sweatpants a lot, smoked marijuana, he taught me to play some music and we jammed together and we watched the TV show Weeds and had pretty fantastic sex. I met his family for passover and they were fantastic. After a while some cracks started to show. One day I felt homesick and I cried. His overwhelming sympathy consisted of a trip to his local pub and an invitation to stay behind if I felt like it. Another day, I found out my cat had died on my way to a football game with him, and I cried. He repeated the drill by walking a full meter in front of me while I wept and then we went to the game.

At a certain point, I realized I had never really felt fully connected to Ben #1, but I felt comfortable in those sweatpants, and was ever so far from home. I needed it.

My second Ben came after I left to do some travelling and working around the country. I came back to Melbourne a little shell shocked from some deep spiritual digging. I ended up at a party, and was chatted up by one of the coolest-looking Bens I’ve ever met. He was laid back, wore a winter hat even though it was warm. He worked at a cool bar and liked the same cool music I was into. He also made me feel very cool. He sent me a text before the night was over and took me out for dinner later in the week. He saw a photo of me with my mother in my wallet and told me I looked hot as though I should know it, which was not a feeling I was accustomed to, but it was very nice. We made out and he was the best kisser I had ever met until that point. I felt high when he pressed his lips against mine. He swept me off my feet about as swiftly as he ditched me for being “too intense.” Fair enough (a phrase he would exhaust even in the short time we knew one another). Everything felt more intense so far from home. Adolescence has a tendency to be a bit intense and I was on my second round of it. 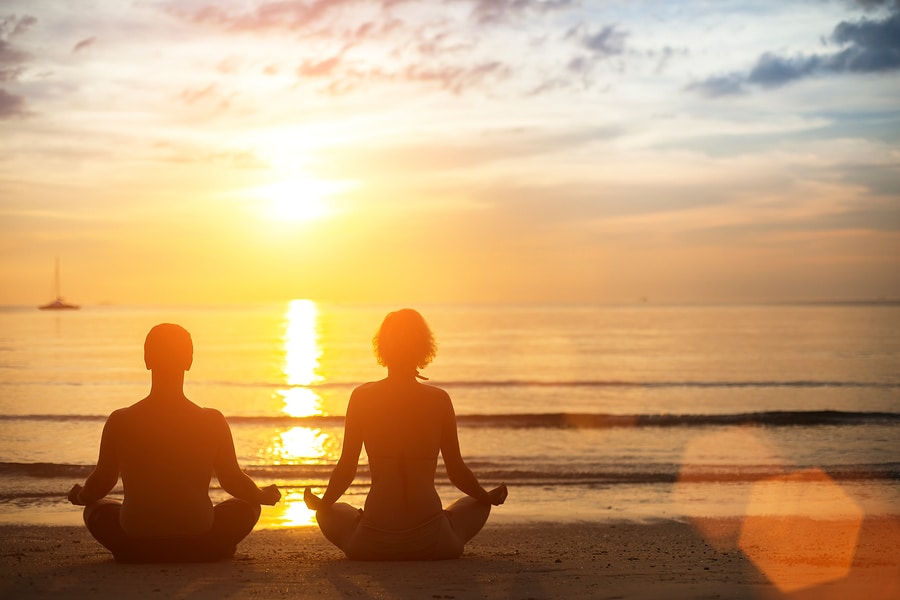 It was at this point that I found a local hot yoga studio and discovered that they were offering a special discount for people insane enough to do it every day for a month, they even let me keep going for two months. I threw myself into hot breathing and stretching on the daily, and also discovered in Melbourne you can see a relationship counsellor on a weekly basis and payment is on a sliding scale. So if you were broke, like I had been, it was free. I recommend this for everyone who takes up a new life overseas. I started to feel functional as a human again and unpacked all of my baggage while not having to burden my friends with my anxious thought.

My counsellor reached out to me after I left Australia for home and told me she had moved on to another facility and told me that her own experiences mirrored some of my own. It was touching to learn that even the people meant to fix you can have their own version of the experiences that have felt so impactful.

A year outside of your comfort zone, meeting your own Bens and having some uncomfortable growing pains can provide cathartic benefits. Taking healthy risks affects our emotional intelligence in a way that is as unique and wonderful as it is terrifying. Go find your Bens and come back and tell me about it. I’ve moved on to other names but would love to hear about yours.

*Names have been changed.