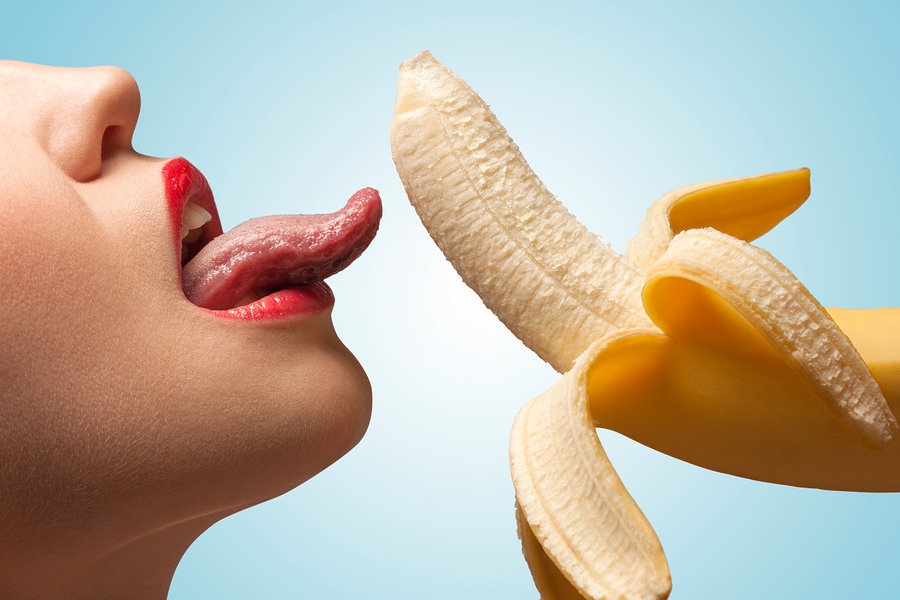 Here’s a sexy taste test that leave you and your partner feeling ecstasy!

Pineapple juice? Celery? One couple takes the ultimate taste test in the bedroom.

I love my boyfriend. And I love giving him blow jobs. What I do not love is the taste of spunk. No matter whose semen it is, it tastes like a cross between sour juice, bitters, mold, and a dirty sock. Even Bobby Flay couldn’t make this milky concoction taste good. I’ve hypothesized women who say it tastes good are either a) lying or b) have tastebuds damaged by years of smoking. But I don’t smoke … and like Abe Lincoln, I cannot tell a lie. I love a nice pearl necklace, but the taste of semen makes me gag.

Maybe it’s nature’s way of saying put that sperm in your vagina, but I couldn’t care less. I am dedicated to being a good girlfriend. I wanted to enjoy his man chowder. I wanted to relish it with the same fervor I do a bowl of Ben and Jerry’s Heath Bar Crunch. Intrepid scientist that I am, I wanted to know how to make it taste better.

I had often heard that different food and drink could improve or worsen the taste of semen but the scientific research on it is almost nonexistent. Shrouded in mystery and hearsay many of the methods have few tales of firsthand accounts. So with my boyfriend’s very enthusiastic approval we decided to give it a whirl in a four-part experiment that included  pineapple juice, celery, meat (to see if it makes it taste worse and therefore should be avoided) and Masque Flavor Strips, which claim to mask the taste of semen.

To be fair (and in the interest of improving people’s lives everywhere) we decided I should partake in the experiment as well. Although my boyfriend, (we’ll call him M), thinks I taste and smell like daisies and peaches, he’s experienced many a lady who was a little funky below the belt (he chalked it up to bad hygiene). He was skeptical that changing my diet would make any difference given that vaginal lubrication isn’t exactly liquid. But in altering my diet we were hoping to at least find out.

Men and women of the world, you’re welcome.

1. Pineapple Juice
Since what seems like the invention of the juicer, the wonders of pineapple juice have been lauded for their semen-sweetening abilities. And after my first sip I can see why; it’s like drinking a glass of sugar water. So sweet is the bright yellow-orange juice I feel like I might instantly go into diabetic shock. And I’m not even diabetic. M, for his part isn’t as grossed out at first, but after three days emphatically tells me he can’t possibly drink another glass of pineapple juice without hurling.

We had our first tasting while on a southwest road trip. It was a warm summer day, the scenery was beautiful, and I felt inspired to make the drive a little more exciting. So while M was driving, I unzipped his pants and went to work. Maybe it was the wind blowing in our hair or the bubbling sounds of the river next to us, but M came faster than he ever had. Swishing him around my mouth, I realized it actually did taste significantly sweeter. Not coconut crème brûlée sweet, but sweet enough to neutralize any harsh flavors. Gone was the bitter, sour, taste and its place was a neutral lightly sugary taste that was much more palatable than the original. To M’s delight, I let out an enthusiastic “mmmmm!” I was surprised and excited; maybe I could start to swallow without gagging!

When we finally got to our destination, M quickly threw me on my back and went to work downstairs. Fortunately for me he had nothing to report. I still tasted and smelled exactly the same. Given how foul pineapple juice is, the last thing I needed was for him to get addicted to my pineapple-infused method regions. 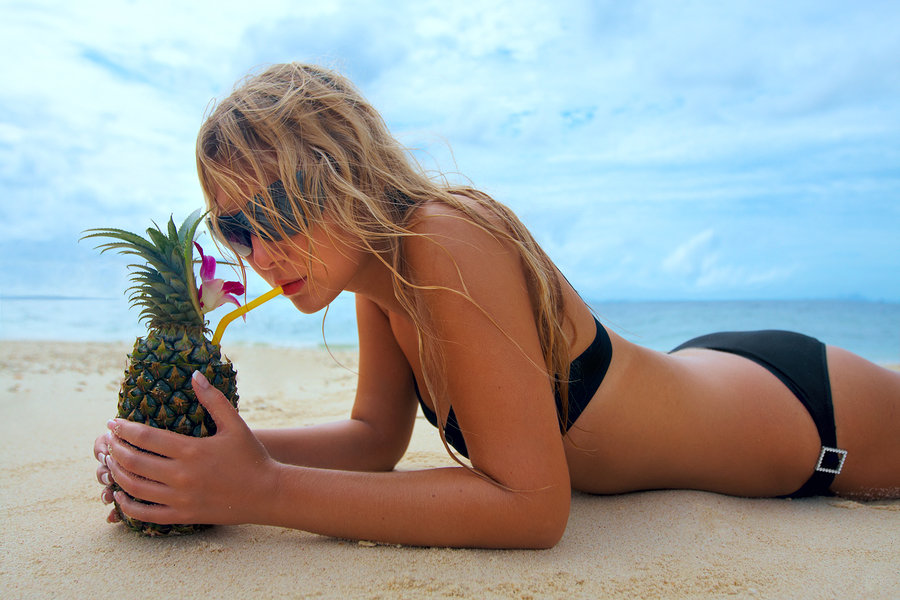 When I confront him, M insists he was not trying to fool me and that he really heard celery makes semen taste good. So we proceed as planned. Perhaps the celery would even produce the elusive female jizz. In case you’re wondering, a bunch of celery is a lot. At 6’3, M can eat all day long and had no problem incorporating the celery into his diet (though by day three even he’s sick of it). At 5’1, I have the metabolism and appetite of a small bird. Eating that much celery causes me to eliminate things I actually enjoy eating. For example, instead of my normal scrambled eggs for breakfast I am now eating celery with peanut butter. Snack time, I skip mixed nuts for celery with ranch.

Three days later, stuffed to the gills with celery, we take turns going down on each other while watching a basketball game on my sofa. I brace myself waiting for a geyser of semen to shoot out at me. Instead all I got was the normal load. I suppose if I had been trying to get pregnant I’d be disappointed, but seeing as I wasn’t I was thrilled to not have to swallow any extra. Flavorwise, the semen sample was better tasting than normal (as in not bitter or salty) but not as good as the sweeter pineapple-infused version.

As for me, M, (as he predicted), couldn’t tell the difference even after a good 20 minutes of oral.