Defining Your Normal: Some Like Having It a Lot and Some Don’t 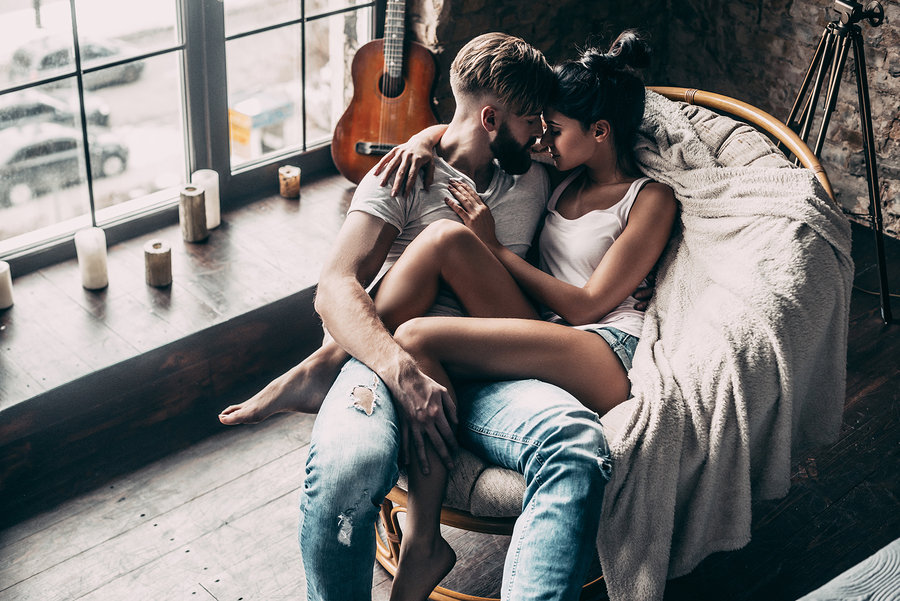 Society, the media, politicians, and religions are often obsessed with sex as an idea – not as it really happens in the flesh.

The idea of sex is most often portrayed in extremes.

Sex is, at times, depicted as a sure path to unwanted pregnancy, STIs, and hellfire.

At the other end of the spectrum, sex is portrayed as the core motivation for all human pursuits, selling everything from cologne to makeup to magical weight loss yogurt, because it’s that amazing and vital!

The reality is that there is no such thing as a “normal” sex life, even though sex in and of itself is a normal part of life.

All that being said, it probably doesn’t deserve nearly the amount of attention it gets from all of us.

And I’m including feminists in that “all of us” because both here at Everyday Feminism and out there in the broader feminist world, we talk about sex a lot.

And rightly so! There are plenty of questions to be asked about what most of us have been conditioned to believe is normal or right when it comes to sex.

And some of the assumptions we should challenge are that sex is necessarily a part of a healthy, socially acceptable, and liberated life.

In other words, the pressure that we get from the outside world to pursue the idea of sex can be as damaging to our culture and self-esteem as the shame many women receive for being sexual on their own terms.

And folks who aren’t having sex or don’t want to – be they asexual, abstinent, low libido, triggered by sex, medically unable, and so on – may find themselves alienated by the ways sex gets inadvertently (or purposefully) pushed down our throats.

Peer pressure, well-meaning doctors and therapists, spouses, this article (how many times have I used the word “sex” at this point?) – they can all send the message that having a sex life is always the healthy, sociable, regular thing to do.

If a person desires sex, pursues sex, and has sex with someone else who wants to, then great.

But what if a person who is less than enthusiastic about sex pursues it only to fulfill a social expectation, only because they’ve been perversely sexualized from a young age, or only because they view being sexual as central to their own self-worth and self-identity?

In fact, any time our culture imposes a “should” on us – women should be adventurous to “keep” their men, men should be virulent, we should not die virgins, all romantic relationships should also be sexual – there’s a problem.

Sex Is Not a ‘Should’

There is no obligation ever to have sex for any reason.

My point here is that regardless of a person’s sexual orientation or lack thereof, sex isn’t about anyone else’s expectations. There doesn’t have to be shame around being uninterested, celibate, or emotionally unprepared for sex at any age.

That’s because sex is not a spectator sport (unless that’s what you’re into). It’s about the pleasure, desire, and experience of the people having the sex, not the prevailing assumptions of the people around them.

The same goes for people who deny others sexual orientations based on what kind of sex they’ve had.

No, lesbians and gay men don’t have to sample the opposite sex to know their orientation, nor do they have to have sex at all. The “how can you know unless you’ve tried” line of reasoning is like casting the first stone – only the person who’s tried it all is allowed to say it to anyone.

Sex Isn’t Super Amazing for Everyone

The other thing about sex is that it’s not everyone’s cup of tea.

Some people may find it pretty neat, but otherwise not see what the big fuss is about. Others are completely uninterested. And though there are those whose lack of interest comes from trauma or medical issues, they aren’t the only people who aren’t into sex.

I distinctly remember that after going through sex education as an adolescent, I walked away with the assumption that every person who crossed over to the other side of puberty experienced sexual attraction.

So if I’d have heard about someone who said “meh” to sex, my assumption also would have been that there was something medically or mentally wrong with them. And if that medical or mental problem were fixed, sexual desire would return.

The problem with that line of thinking is that it pathologizes a low or nonexistent desire for sex, even one with no apparent cause. And it paints the picture of the sexually interested person as necessarily more healthy and whole.

Though sex can definitely be part of wellness for someone who is sexual, the insinuation that those who want it less are missing a fundamental part of their humanity can be problematic.

Sex Is Important – But It’s Not

It’s really not that big of a deal.

As wrapped up as the media and advertisers are with sex, it isn’t central to what makes people worthwhile, attractive, and interesting human beings.

We need to reject the idea of sex, which dictates that Hollywood actresses are overly airbrushed and barely employable once they’re past a certain age. The idea of sex is obsessed with youth, the male gaze, a lack of agency, a link between a person’s value and how much they are valued as sexual objects.

In reality, our worth as human beings is related to things much bigger than our sexualities. It’s a part of us, but it’s not as much of us as we sometimes believe.

So it’s all right to not give a damn about being sexual on someone else’s schedule. Or ever.

Having sex is not obligatory, nor does it lead to the ultimate state of bliss. It’s neither as ideal nor as demonic as some would have you believe.

There also isn’t one way to experience it.

Not everyone is as capable of orgasm or sexual attraction as the next person, and that’s okay.

There is no one way to experience sexuality, and attempts to shame or stigmatize people for a lack of sex or attraction, even indirectly, are fraught with assumptions about how things “should” be.

Defining Your Normal: Some Like Having It a Lot and Some Don’t