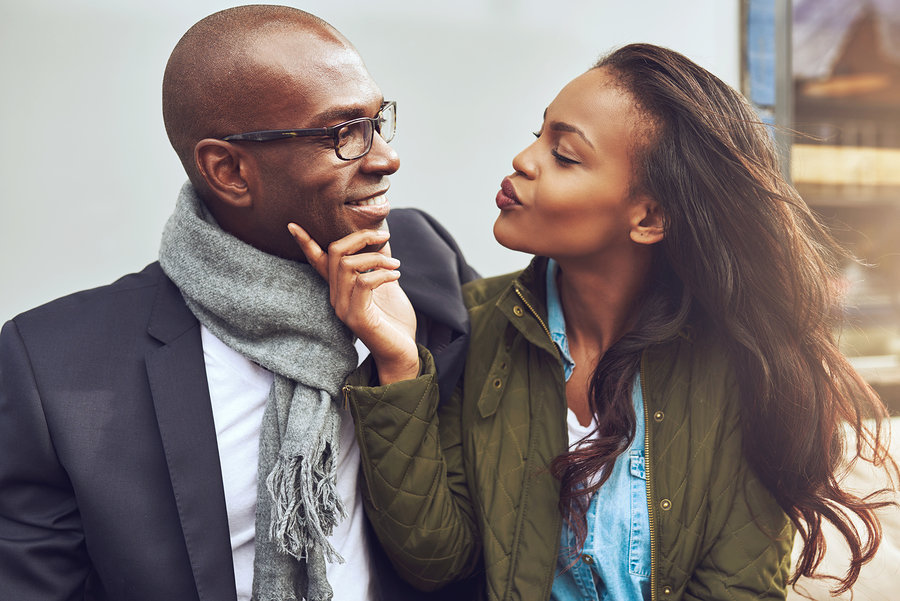 The first move. It’s a burden that, whether anyone likes it or not, traditionally falls on the shoulders of the guy. But what about when the tables are turned? Are dudes turned on or intimidated by it?

The question reminds me of a work party I attended some years ago. It took place at a nightclub, and as is characteristic of both work parties and night clubs, drinks were being drunk and eyes were wandering a bit more than they might normally. I knew there was sexual tension with one of my coworkers but also knew it was taboo and couldn’t decide whether to make a move. While I was sipping a red bull vodka (apologies—it was five years ago; I’m a different man now) and twiddling my thumbs, she walked right up to me and pointed to another of our coworkers, John.

“John wants to hook up with me, and I would,” she said. “But honestly, I’d rather hook up with you.” It was ballsy; it was funny; it was flattering. But most of all, seeing a girl make the first move like that was extremely attractive. Which was very unfortunate for John.

But I’m just one man. Here’s how nine other guys’ experiences matched up to my own:

“I had a friend who I had a thought of sexual tension with, but we were such good friends that I had never made a move. One day, I walked her to her car, and she gave me a quick peck. I never would have done it, so I was glad she did. We ended up dating shortly after, but it ended quickly. I guess we just had an itch that needed to be scratched.” —Fred C.

“For our third date, my now-girlfriend and I went to a park to have a picnic, drink wine, and take in San Francisco. We hadn’t kissed yet, and I didn’t make a move during the date. I was kicking myself when, as we were walking back to her apartment, she realized that I was incapacitated and defenseless because I was carrying everything she had on her at the time—bag, gym bag, blanket, wine. While I was standing there, holding all of our stuff, my arms completely full, she leaned in and gave me a very memorable first kiss.” —David A.

“I was at a bar and couldn’t help but notice this girl who was staring at me. At one point, she said something to the friend she was with, giggled, and literally reached out toward me and pinched the air. As soon as I walked over, she said, ‘Your face—it’s just so wholesome.’ I told her she was entertaining and asked her name before returning to my friends. As she left, she walked up to me to say they were on their way out. I asked her for her number, and she said ‘Sure, what’s my name?’ I’m bad at names, but luckily, she made an impression, and I blurted out, ‘Chloe!’ ‘Great, here you go,’ she said. ‘Lets go for a hike sometime.’ And she was off. The date was insane.” —Garth F.

“I was taking a comedy class and sort of hopeful that I’d meet a girl who had a similar sense of humor to me. When I got to the first class, I immediately noticed that there was one girl in particular who just fit the bill to a ‘T’ in terms of the type of girl I’m into. Specifically, I liked her sense of humor and her tattoos. After a few classes, when I had convinced myself that I was finally going to ask her for her number, another guy came up and got it first. I was so pissed. But she and I were walking the same way to our cars, and we started talking about our respective tattoos. As we parted ways, she said, ‘All right, well anyway, I think I should get your number. To talk more about tattoos and whatnot…’ I was so taken aback. Never in my life had a girl asked me for my number, let alone the exact girl I had had my eye on for some time. It was exhilarating and just made me all that more attracted to her.” —Harrison D.

“I re-connected with a girl from college for coffee and was thinking that I definitely was attracted to her but was on the fence as to whether to ask her out or not. However, as we were reaching a breaking point, she just asked if I wanted to go out some time, and I couldn’t help but say yes. It was nice being openly desired. It was very refreshing and also screams confidence in my mind, which is definitely one of the biggest factors in my wanting to date someone.” —Christopher W.

“I met up for dinner with a girl from college, and it was kind of vague if the dinner was a friendly thing or if it was more of a date. When we got there, she immediately started talking about other dates she’s been on, so I immediately figured it was a friend thing. The next time we hung out was at a dinner at her place. I hung around until I was the last person there, and it was still kind of vague where I stood with her. But I was getting tired, so I left to walk to the subway. On the way, she texted me: ‘You didn’t necessarily need to leave.’ I practically ran back to her apartment.” —Mark C.

“I was at a party during senior year of college, and this cute underclassman that I knew was there. We had flirted a little in the past, but nothing too serious…and I wasn’t expecting anything to come from the situation. I didn’t see her very much during most of the party, but at some point in the night, she pushed me into the empty kitchen and made out with me before disappearing. I found her about 15 minutes later with her head in the toilet; I guess she had needed a little extra liquid courage to make her move. I took care of her the rest of the night, we went out to brunch the next morning, and five years later, we’re still dating. It wasn’t necessarily the most romantic first kiss, but I thought it was bold of her to make the first move—and I was definitely intrigued to find out what this chick was all about.” —Zach D.

“At a bar I was working at last year, a woman sidled up toward closing time and asked me whether I had ever had sex in the bar. I said no. She said ‘Do you want to?’ I did. It was fantastic.” —Cal T.