My Interview with My Parents on Love, Sex and Intimacy 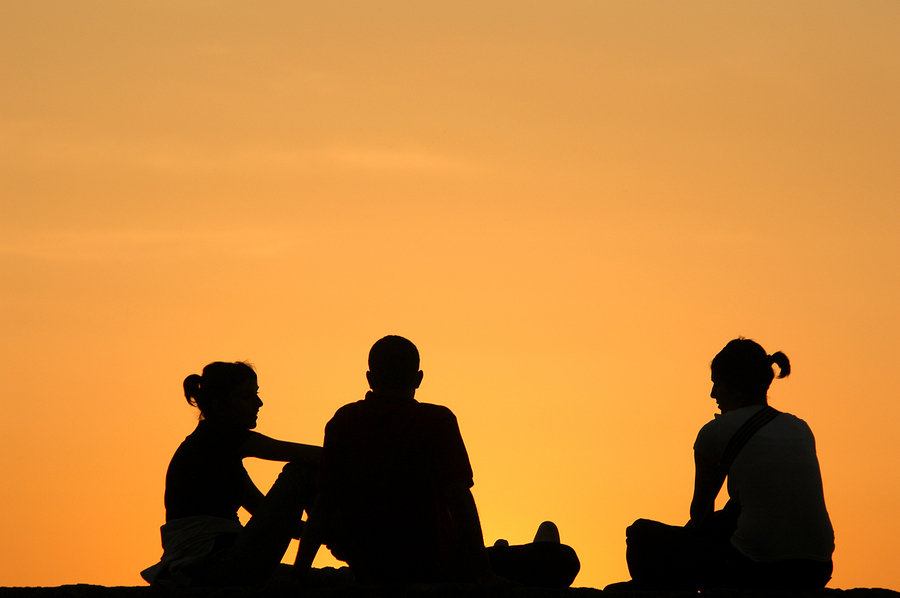 I sat down with my parents over some wine and nostalgia to see if I could decode, and hopefully recreate, the components of a good marriage someday.

I’m in my late 30’s and have yet to marry.  I am, conversely, a product of two wild, unique, and beautiful loving parents who have been happily married for 47 years.  I’ve always had a sneaky obsession with asking long-term couples what their secret is. As if, through magical osmosis, their wisdom will become a part of me and I can then find forever happiness in a mate. My parents, along with my brother, Tauno, and I immigrated to New York City from Copenhagen, Denmark in 1986. Before Denmark, we lived in Vancouver, Canada, where I was born. They met in Calgary in the winter of 1967 and married at July 28th, 1968 at City Hall in New York City.  My father purchased a $1 ring from St. Marks Place for my mother. It broke the next day. She threw it out. They never wore wedding rings again.  English is a second language for them both. They spent a total of four times together before they got married.  I can barely get a man to commit to storing my number and full legal name into his cell phone.  I sat down with my parents over some wine and nostalgia to see if I could decode, and hopefully recreate, the components of a good marriage someday.

The first time they met, my mother was stuck in the kitchen. She had been given the job of personal chef for a dinner that her older brother had planned.  According to legend, when my father came in the kitchen, my mother was in the middle of making a delicate roux. The sizzle she felt standing next to him ruined the sauce and her single life forever.  They met again at a party a few weeks later. This time, my mother was not relegated to the kitchen. When he saw her getting ready to leave the party he created a moment in a staircase and stole a kiss.  She kissed him back.

DAD: Yngve Biltsted – 72 years old, married mom at 25 – Danish: I didn’t want to let her go without making an impact

MOM: Leyla Biltsted – 68 years old, married dad at 21– Turkish: It was the smoochiest smooch I ever had! (Translation. It was really hot. )

He wanted to make an impact. I wonder if that’s what we all want. Someone to cast a ripple in our water.

Dad: Although we didn’t speak any words that first night, I already had chemistry with Leyla.

Mom: There are no words for it. I looked into your father’s eyes and that was it. And there’s no rhyme or reason for it. I have to say there’s a certain feeling. When I first met him, I felt emotionally safe.

GETTING TO KNOW EACH OTHER

They had only spent 3 nights together, mostly at parties and in groups, when my father moved from freezing Calgary to rainy Vancouver.

Dad: We started writing each other. That’s when the feelings really started to come out.

Mom: But we already knew each other. Intuitively.

Dad: We had already decided that it was pretty much it.

They already knew they were it? Without having sex?  Despite the fact that the subjects of this love-stigation are my parents, I needed to know more about how their initial attraction played out in the bedroom. I took a long terrifying breath, and pounced.  I asked them about their first time. He planned a visit to go see her, making it the fourth time they’d ever laid eyes on each other.

My Interview with My Parents on Love, Sex and Intimacy