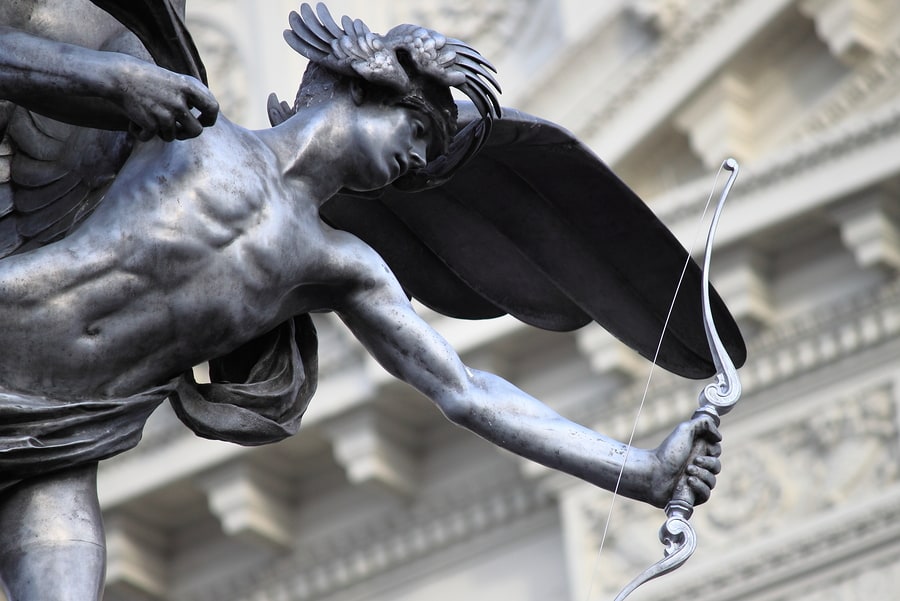 To the ancient Greeks, Eros energy was wild, passionate, fiery and fierce.  Eros It was the raw power of life force itself.  That power may express itself in many ways, of which sexuality is only one aspect.  When we allow our bodies to dance without limitation, when we roar with joy at a sporting victory, when we throw ourselves into any physical activity with our totality, this is Eros energy.  When we are total in our lovemaking, this is Eros energy.   Eros energy gives rise to pleasure.

When we feel pleasure we feel it in our bodies.  It is this Eros energy that we are feeling, whether it is sexual pleasure or simply the pleasure of some delicious food or the pleasure of having done some really good exercise.  These pleasures are of the body, felt and experienced in the senses, which we may feel as sensual or sexual, depending on the nature of the experience.

However, pleasure and the accompanying Eros energy can feel dangerous.  They may feel uncontrolled or unpredictable.  Eros, for the ancient Greeks, was something to be embraced cautiously, mindful that it could get out of control.  The raw potency of uncontained Eros energy could be disruptive and destructive.   It became important then to contain and control this energy, to ensure that stability and order are maintained in society.  Too much Eros energy and too much pleasure could mean that people do not go to work, they do not honour their relationships, they become focused selfishly on their personal hedonistic pleasure without thought of others and their boundaries.  So the pleasure principle and this Eros energy were suppressed.

Mike Lousada - Mike Lousada is a sex therapist pioneering a revolutionary body-mind approach to resolve sex and intimacy issues. He features strongly in Naomi Wolf's latest best-seller Vagina, and has attracted worldwide media coverage for his approach. He was cited in Psychologies magazine as one of the world's most respected sex therapists. http://www.mikelousada.com