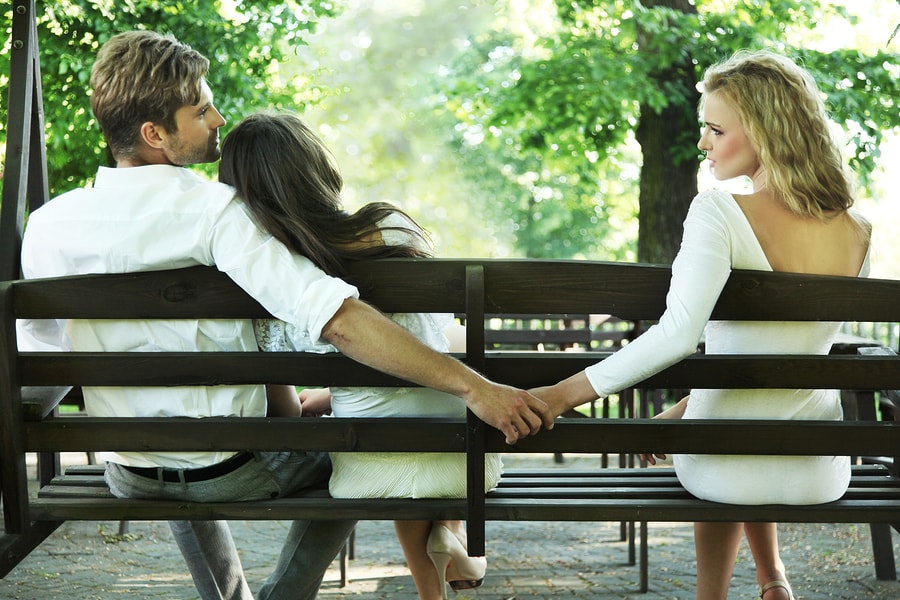 Can an open relationship be the key to happiness in your relationship? Challenging societal norms on monogamy may unlock hidden desires or reveal a level a honesty you’ve never experienced with a partner.

For many of us, the urge to couple up is a strong one. It might even be programmed into our DNA. But does love mean never dating or having sex with other people?

Several years ago, I decided to challenge the idea that the only way to a loving, committed relationship was to be monogamous. My then-boyfriend and I decided to try an open relationship. We were committed to each other, referred to each other as boyfriend and girlfriend, and were both allowed to date and be physically intimate with other people. We eventually broke up (for various reasons, most of which weren’t related to our openness), but since then I’ve remained interested in rethinking relationships—and it turns out I’m not alone.

Estimates suggest there are more than half a million openly polyamorous families in the U.S., and in 2010, an estimated eight million couples were practicing some form of nonmonogamy. Even among married couples, open relationships can be successful; some studies suggest they’re common in gay marriages.

For today’s 20- and 30-somethings, these trends are meaningful. More than 40 percent of millenials think marriage is “becoming obsolete” (compared to 43 percent of Gen Xers, 35 percent of baby boomers, and 32 percent of people aged 65-plus). And almost half of millenials say they view changes in family structures positively, compared to only a quarter of elderly respondents. In other words, monogamy—though a perfectly viable choice—doesn’t work for everyone.

It certainly wasn’t working for me. Blame it on a couple unhealthy relationships in my youth: For whatever reason, in my mind “monogamy” had come to be associated with possessiveness, jealousy, and claustrophobia—not quite what one desires from everlasting love. I wanted to care about someone without feeling owned by them, and I wanted that someone to feel the same way. Add to that the fact that I’d been single for a while (after having been in a monogamous relationship for even longer) and—I’m woman enough to admit it—wasn’t ready to give up the freedom to flirt with strangers. Beyond that, I wasn’t sure what I wanted, exactly, but I knew I didn’t want to feel suffocated by a partner. So when I started dating…let’s call him ‘Bryce,’ I geared myself up for hurt feelings, got over my own awkwardness, and broached it: Have you ever thought about having an open relationship?

Open relationships tend to fall into two general categories, says Greatist Expert and sex counselor Ian Kerner: Couples might negotiate a nonmonogamous arrangement like the one I had with Bryce, in which each individual has the freedom to date and/or have sex with people outside the relationship. Or couples will choose to swing, adventuring outside their monogamous relationship as a unit (having sex with other people together, as in a three-or-more-some). But these categories are pretty fluid, and they shift depending on a given couple’s needs and boundaries.

The tricky thing about relationships is they’re all different, so there’s no “one reason” why people decide to explore alternative relationship models. Still, there are a wide range of theories about why monogamy hasn’t proved universally satisfying. Some experts say it has roots in genetics: About 80 percent of primates are polygamous, and similar estimates apply to human hunter-gatherer societies. (Still, it’s not useful to get caught up in the “is it natural” argument, says Kerner: Variation is what’s natural, more so than monogamy or nonmonogamy.)

Should You Put a Ring on It? — New Directions

Not surprisingly, the green-eyed monster is a common challenge for nonmonogamous partners across the board, regardless of gender or sexuality. The best way to deal? Honesty. In numerous studies, open communication is the prime driver of relationship satisfaction (this is true in any relationship), and the best coping mechanism for jealousy. For couples venturing into opendom, it’s important for partners to communicate their needs and work out an agreement in advance of any rendezvous.

In retrospect, I should have been more honest with myself, and acknowledged that (regardless of what he said) Bryce didn’t really want to be nonmonogamous; it would have spared us both some heartache. It’s easy to be attracted to nonmonogamy’s sexier side, but it actually requires incredibly high levels of trust, communication, openness, and intimacy with your primary partner—meaning that just like monogamy, open relationships can be pretty stressful, and they’re certainly not for everyone. In other words, nonmonogamy is by no means a ticket out of relationship problems, and it might actually be a source of them. It can also be thrilling, rewarding, and enlightening.

No matter what, say experts, whether a couple decides to be open or monogamous should be a matter of choice. “When there is no stigma to having an open sexual relationship,”writes Anderson, “men and women will begin to be more honest about what they want…and how they desire to achieve it.”

As for me, these days I’m a one-man kinda gal—which I learned by being open.