Love Rituals Around the World 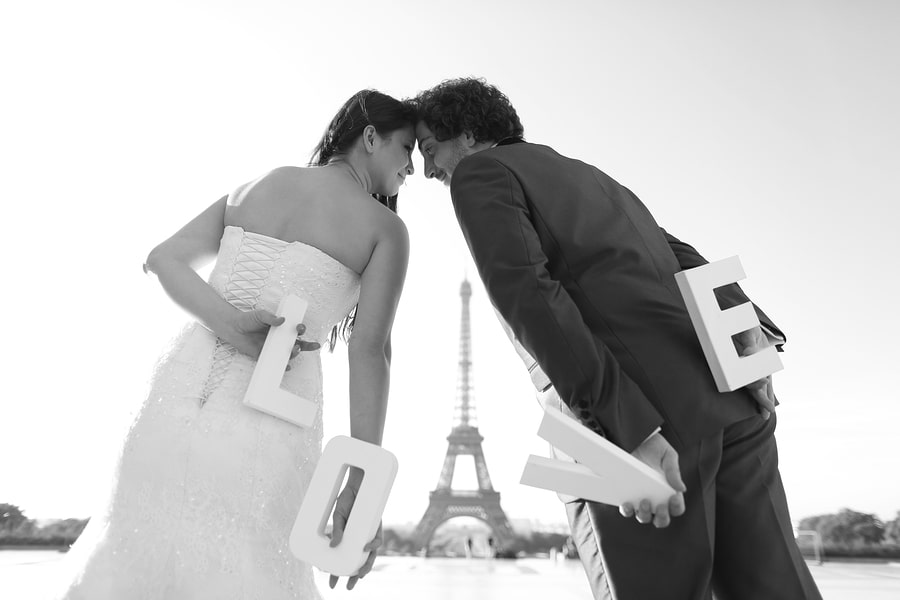 Love shows its face around the world in many ways and there are some peculiar love rituals to wow your Valentine. Red roses are very safe, so is perfume and chocolates; all very nice to give or receive but if you want to stand out maybe you should seek inspiration in the love traditions of one of these countries.

Nothing more romantic than expressing your love to someone by locking it up… Symbolically speaking. It came into fashion a couple of years ago in Paris. Attaching a padlock to the fence of a bridge or other monumental object with your names and throwing away the key, preferably in the river below while you vow to love each other forever.How romantic! Less romantic was its effect: In Paris the Pont des Art bridge was on the verge of collapse under the weight of so much padlocks and they had to take safety measures. But the padlocks keep coming, from over the whole world nowadays. And other countries have followed suit with their own padlock love customs.

From the country of lederhosen and Käsespätzle, both not very attractive to look at to say the least, comes another weird courting tradition. We have to add that it is no longer in demand due to apparent reasons but it was the way to go in 19th century Austria for girls to find out if men were interested.

Girls would dance the night away while carrying an apple in their armpits. At the end of the night a slice of the sweaty apple was offered to the men they desired. If the interest was mutual Mr. Eligible would eat it with gusto. If not, he would politely decline. Not sure if you should try this at home unless you like the taste of sweaty armpits. In a modern version you could opt for homemade strudel. After all, the way to someone’s heart often goes through the stomach. One tip though, don’t cook it under your armpits.

In Niger it is the men who wear make-up and dance to attract attention from the opposite sex. The Geerewol is a male beauty contest for the Wodaabe tribes men of the Niger desert to impress young women and secure a potential bride. If the man does has notion picked by the female “judges” it takes another year at least before he gets to dance and show his beauty again. If you’re a man we suggest you skip the make up part but showing your moves could be very attractive, if you know how to that is. Watch the video about the Geerewol below:

Love Rituals Around the World