Arranged Marriage – Time to Bring It Back? 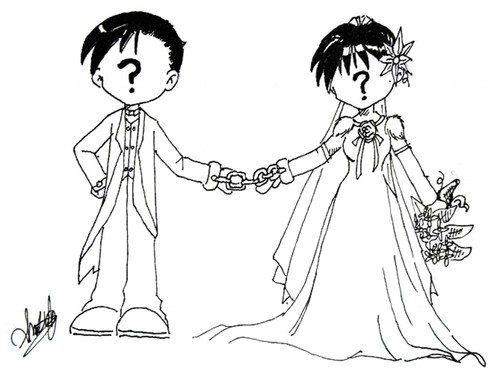 News Flash: Life is not the movies. Marriage is extremely difficult and unnatural. You have to constantly work on yourself.

My father was working as a math professor in Sydney, Australia in 1976. He was one of the very few Indian immigrants there at the time. Like many of us, he turned 30 and all of his friends started getting married. Out of options, one of his friends suggested he take a trip back to India to try and meet someone, because that’s what was done – in fact, it still often is. He decided to go back home to New Delhi and summoned his mother for help. She alerted the troops and was able to find him 21 girls to go on dates with. Impressive numbers, 20 years before mainstream dial-up. The 21st girl was my mother. He was 31, she was 24. He proposed to her on their first date. (My mother will say the 20 girls before her rejected his proposal, he will say she is the only one he asked – the jury’s still out.) She was looking for three things: someone intelligent, someone that lived outside of India, and someone that wouldn’t beat her. He checked all the boxes, (fingers crossed on the last one). Two weeks later they were married.

Two strangers starting a life together in a foreign country. It sounds like a bad reality show. He had told her he was all set up in Sydney, had a great job, awesome place, friends, etc. She arrives to find out that he was more eccentric than she had thought. Dad was living in an apartment that was completely unfurnished and sleeping on a green yoga mat. He had equations written on the walls and had one pot in which he made franks and beans every night for dinner. He was giving all his money to literally anyone that asked and had $100 in savings, which contrary to your suspicion still wasn’t a lot in the late ‘70s. His best friend was a man named Ernie, who lived off the Sydney Harbor on a tiny patch of land the size of a bathroom where he and my father would boat out to and get trashed. This was NOT what she had hoped for.

Somehow, they managed to put in 15 solid years of work into the marriage. She helped him balance his life. She gave him two daughters that adore him. She taught him countless things like dental hygiene, how to save and invest their money, how to eat properly, and even how to swim! She saved him from himself.

He was nothing but an unpublished assistant professor when they met, paper after paper rejected. He worked tirelessly and with the support of my mother has now been published in every major mathematical publication worldwide, has won countless awards, and serves on the Nobel Prize Committee. He has given her a life she had never imagined. European vacations, property ownership, and the best lesson of all, that a glass of wine every night won’t kill you. (they’re drunks!)

It appears that when you start at rock bottom, things can only get better. As if this wasn’t enough, after 15 years, they fell in love. They now have been married for 37 years.

If your first marriage fails, statistically your second marriage has a higher percentage of failing, and third even more so. Why? Because it is impossible to obtain 100% of your happiness from another person. We set the bar so high, and then are disappointed.

What my parents have managed to do is to try and focus on the good the other person brings you, versus the things you can’t stand. If you only focus on the good, you are setting yourself up for success. Example: He doesn’t take out the trash, but HE DOES work hard all day, earn a good living, and hates sports!

There is no such thing as the perfect man or woman, it’s a myth. Even if you were to find the perfect someone, you would be over him or her and bored in a matter of time – these are the facts.

Once you accept that he’s not going to fill your wine glass when it’s low (the #1 quality I look for in a man), you will have an easier time. Whether it’s easy or not, I will say this: there IS something special about sharing a lifetime with only one person. Maybe it’s time for our generation to start from scratch with someone, rather than go into a relationship expecting compatibility and perfection. Grow together; it’s a gamble on both sides. What makes you think you’re so great?

Arranged Marriage – Time to Bring It Back?