Taking a Turn Into a Commuter Relationship 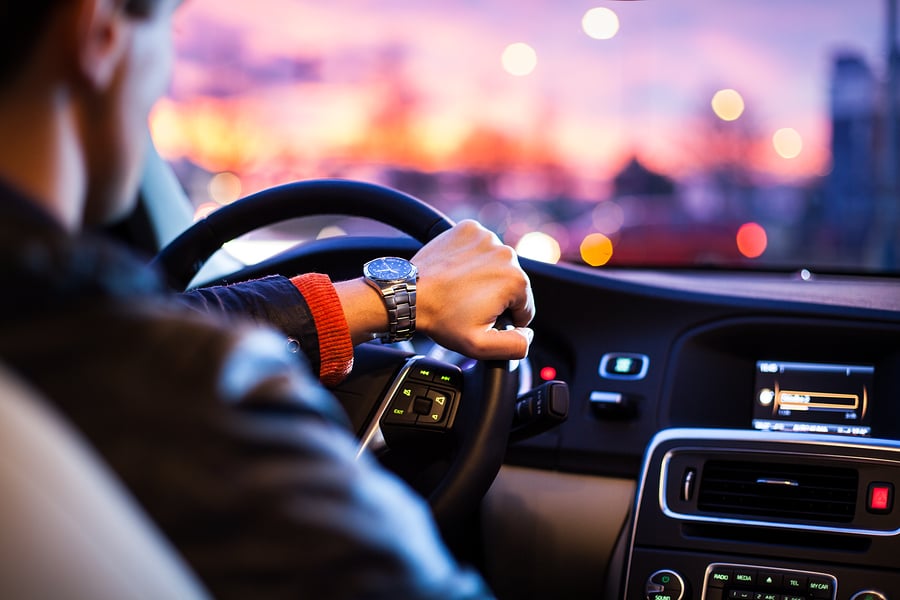 We went for it anyway … even though we were geographically undesirable. Love knows no bounds, right? So we flew in the face of reason and committed to a commuter relationship.
If it weren’t for the vexing distance between us, we’d be the inspiration for a Lifetime movie. His marriage officially dissolved the same week my husband died 51/2 years ago. Middle-aged, hearts trampled, we rediscovered joy and magic and all those things supposedly reserved for the young.

We’d been friends for 30 years. We met when my husband and I were soon-to-be-married sweethearts. He was an unattached young lawyer starting a career in Century City. We double dated with him and a seemingly endless string of girlfriends. There was a fiancée in there somewhere. Then he got married, and we folded his wife into the friendship. There were four of us until there were just the two of us.

Our friendship continued. We went to dinner. We went to the movies. We went to concerts. The names of my husband and his ex-wife peppered our conversations. For some time and in so many ways, there were still four of us at the table.

Gradually, we both began to laugh again. And once a week morphed into twice a week. Sometimes three.

No one was more stunned than I when we made the hairpin turn from friendship to coupledom, but we did — somehow glacially yet all at once.

But shacking up is not so easy for the middle-aged. If only our lives, like ourselves, were not quite so set in their ways. Being geographic undesirables was not the only issue.

He had a dog. I’m allergic. He wanted to return to practicing law after a long hiatus and was studying for the bar round the clock. I had a book coming out and was polishing the final edit and learning how to be interviewed without feeling like I was going to throw up.

Things worked themselves out as things sometimes do with a bit of serendipity. Duncan, his Cairn terrier, bit one too many hands and landed himself in a center for non-rehabilitative canines.

He passed the bar (as he had done the first go-round), and I learned about mens rea and replevin along the way.

I grew so accustomed to doing radio that I actually enjoyed spending 15 minutes sitting cross-legged on my bed in my sweats chatting with the folks in Portland, Ore., or Boise, Idaho.

He’d call with a Google Maps update: “It’s all red.”

I zigzagged south to Olympic or Pico.

“You always think map. You have to think time,” he explained. He had driven 9.4 miles out of his way to save 5 minutes. One Friday afternoon, he actually abandoned his car and walked the 1.1 miles to my house.

On the other hand, I veritably flew home when I left his house at 7 on a Saturday morning. Late one Thursday night, he “got home in two songs.”

This made matters only more maddening. Why couldn’t it always be like this? Why does Gustavo Dudamel insist on taking the podium at 8 p.m.? Why are dinner dates with other couples at … well, dinner time? Why are there so many cars and where are they all going? And, admittedly, why are we both so stuck?

He claims to be addicted to the beach. It’s a gestalt thing, since he has set foot in the Pacific once in five years. But he does walk the shore, delighting in the neon kaleidoscope of the Ferris wheel as he strolls at night. My life revolves around people and places inland. There’s the studio where I zumba for endorphins; the neighbors who watched my daughter grow up and held my hand when my husband died. This is my home, where my roots go deep.

Some day this may change. It’s not impossible that one day the trek to see one another will be from the kitchen to the den. But for now, we find ourselves in a long-distance relationship: 7.06 miles on surface streets. 8.01 on the freeway. We may need a sherpa, but we deal with it because, stunningly, second-time-around romance turns out to be worth the irksome commute … even between Brentwood and Santa Monica.

Taking a Turn Into a Commuter Relationship

Carla Malden - is a wife, mother, screenwriter and author (in jockeying order). Her critically acclaimed "AFTERIMAGE: A BROKENHEARTED MEMOIR OF A CHARMED LIFE" details her transition to young widowhood. She lives in Brentwood, California.