How Your Brain Falls in Love 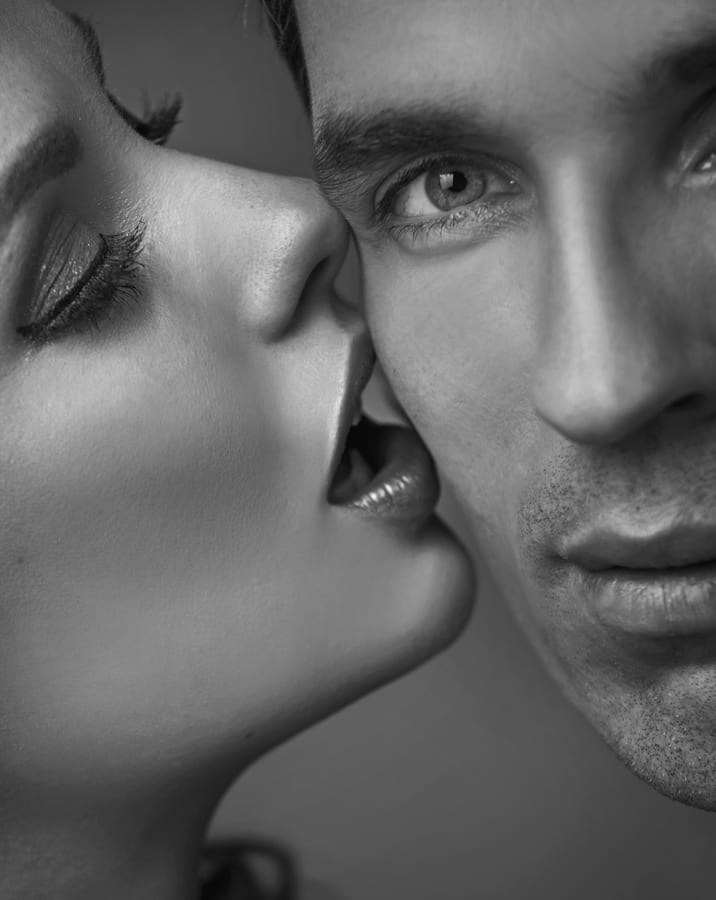 They don’t call love a drug for nothing. When we fall for someone, our brains release a cocktail of chemicals, creating feelings of euphoria and pleasure and (if all goes well) closeness and comfort.

That complex organ inside our head is hardwired to want love and keep love at all costs—a response that has been crucial to the survival of our species.

Curious what that hardwiring looks like? Here’s what happens in your brain at six stages of romantic love.

Say you develop a crush on your neighbor. Every time you think about this person, you feel giddy—you feel really good. What’s happening? The neurons in your brain are releasing dopamine, a feel-good hormone and neurotransmitter associated with euphoria (as well as gambling and drug addiction). And because your brain wants you to keep pursuing this feeling, like a little love-carrot, it fires off more dopamine every time you think about the crush.

2. Early courtship: You really got me

Notice how whenever you really like someone you get nervous before a date? Your palms sweat, your heart races, and you can practically feel the adrenaline surging through your body? Well, that’s because it is. In the early throes of a romantic relationship, your brain sends a signal to the adrenal gland (located on top of the kidneys) to pump out the chemicals adrenaline, epinephrine, and norepinephrine, giving you a rush of excitement.

Norepinephrine is especially key. Like dopamine, it makes us feel good—but it also makes us feel infatuated and obsessed. It’s our brain’s way of saying: keep going.

3. The fall: Addicted to love

Now you’re hooked. Suddenly you want to be around this person every minute of every day. Why? Studies (particularly the work of anthropologist Helen Fisher) have shown that the same part of your brain that activates when you’re addicted to cocaine activates when you’re in love. It’s called the limbic reward system.

Basically, your brain has decided that love is essential and wants more. From an evolutionary standpoint, this response developed to help us procreate, then raise offspring together. Did you know the love drive is stronger than the sex drive?

During this phase, the limbic system continues to release dopamine, which acts as a feel-good electrical current and keeps you craving the person you love. When the object of your desire is not around, you may feel like you’re in withdrawal, motivating you to see him or her again. As with any drug, however, the high has diminishing returns—which is why, after a few months, the rush can weaken and people fall out of love. Unless, of course, they’ve become attached.

4. The rose-colored glasses: You are so beautiful

What flaws? While falling in love, we often ignore red flags that our friends see loud and clear. That’s because—while other parts of the limbic reward system are lighting up like a Christmas tree—the amygdala decides to shut down, according to brain scans, taking our good judgment with it.

The amygdala, a set of neurons located in the temporal lobe, plays a big role in how we react to stimuli. It’s key to making judgment calls, recognizing fearful situations, and can even decipher when someone is lying to us. When people are in love, however, the amygdala takes a little nap—which clouds judgment and causes the enamored to see his or her beloved through rose-colored glasses.

5. Attachment: Only wanna be with you

You’ve bonded. As we spend time with the object of our affection, our brains start to release oxytocin, nicknamed “the love hormone.” This neuropeptide is produced in the hypothalamus and released into our brains during times of intimacy—when mothers breastfeed their babies, for example, or when we orgasm. Studies have shown that oxytocin is key to fostering trust and commitment. Unlike the quick high of dopamine, oxytocin is subtler and sticks around longer, leading to a deeper attachment.

6. Deep attachment: Never gonna give you up

Over time love can, of course, develop into deep companionship. When two people have been committed to each other for years, their brains show increased activity in the ventral pallidum.

This region of the brain is rich with oxytocin and vasopressin receptors—two chemicals associated with monogamy and deep attachment—which, according to work by Helen Fisher, explains why it lights up when people experience long-term attachment. It’s the same region of the brain that activates in monogamous prairie voles, who mate for life.

Brain scans show that the limbic reward system remains active during deep attachment as well—meaning couples in this stage experience the rush of early courtship along with deep attachment. Love is great.

How Your Brain Falls in Love