How Similar Are Your Dating Habits to Korean Daters? 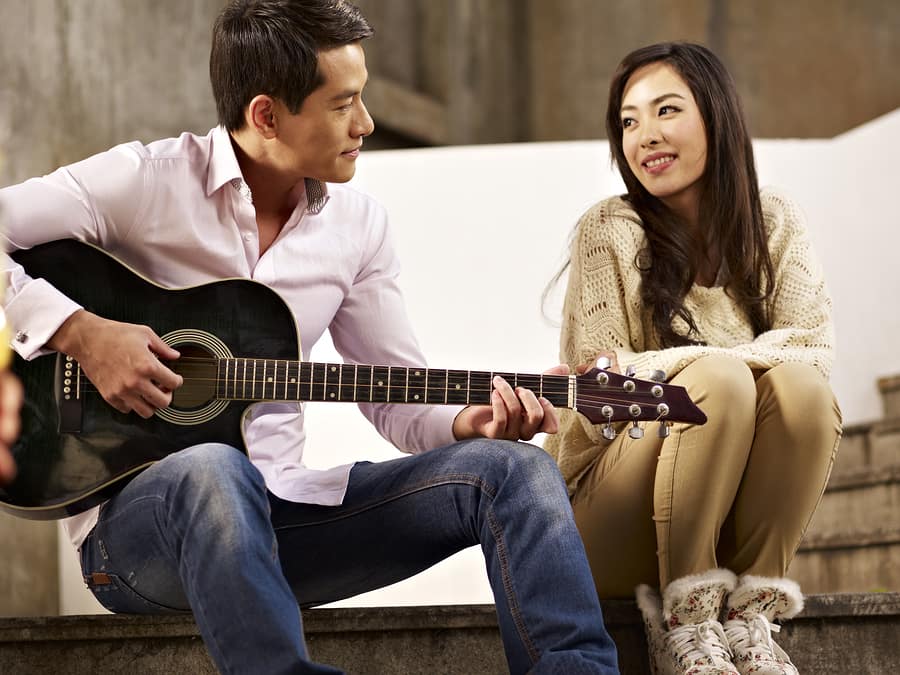 Are your dating habits similar to Korean daters?

Every culture has its unique dating customs, and Korea is definitely no exception. In Korea, dating is all about showing your affection for each other – couple menus, shirts, and sneakers are everywhere, and every month has at least one special, albeit incredibly commercial, day for couples to celebrate. There’s just so much to do and experience if you’re a couple, or at least going on dates, and that’s why everyone is always looking for someone! Naturally, each and every relationship is special and unique, and there’s no guidebook to mastering the “Korean dating style.” But, if you ever find yourself getting ready for a date in Korea, nervous and clueless about what to expect, our list should give you an idea of how dating here works.

1. It’s common for your friend to set you up with someone

When in need of a date, look no further than your Korean friends. It is all about connections, and people commonly set their single friends up with each other. You’re technically going on a blind date, but at least you know (s)he’s not a creep (always a plus) and you should have something in common. In Korea, people rarely meet anyone outside their personal school or work circle unless they’re introduced by a mutual friend. Approaching people on the streets is not as common as in the West, for example, but young adults are generally more open to strangers than their parents’ generation, especially if they have had a drink or two.

2. There are two options: one for everyone, one for couples

Couple rings, shirts, sneakers, pillows, caps, underwear… You name it, Korea probably has it, and people make them look stylish, not tacky. Couples pretty much live in a fascinating parallel world of coupleness, and everyone wants to experience what it’s like to be in it. Most restaurants and cafés have menus designed specifically for couples, major attractions have romantic date packages for two, and movie theaters even offer private couches for an intimate date. For those that are not used to such couple-centric culture, this might all sound puke-inducingly sweet, but once you try everything out yourself, you realize that the couple activities are actually fun and meaningful.

3. Be prepared, and willing, to pay

It can be pretty awkward to decide who’s going to get the bill, especially if it’s your first date. While the status quo used to be that men pay for the first couple of dates (or even all of them), that is quickly changing, and women are no longer afraid to swipe their cards at the cashier. Korean couples rarely split the bill, and it’s usually the guy who gets the movie tickets, and the girl who pays for dinner afterwards. In the end, you end up paying around 50-50 or 60-40, which is what most people feel comfortable with. Some couples use money from their joint bank account for dating costs (like Hong Jong Hyun and Yura on “We Got Married”), which just makes everything a tad bit more fair and convenient.

4. Keep your phone with you at all times

Forget everything you ever learned about the ‘three day rule.’ Koreans love their smartphones with instant messaging apps and adorable emoticons, and couples will spend hours glued to their phones, chatting with their other half. Don’t be surprised if you get a text from your crush every two hours, asking what you’re doing, eating, or thinking. And remember to text back instantly, or (s)he might understand your silence as a rejection. If you like someone, don’t be afraid to send a message even if you have nothing special to say – it’s just to show that you care.

5. Anniversaries and holidays are a really big deal

Another distinctive characteristic of dating in Korea is the celebration of anniversaries, which take place every hundred days, and not just on an yearly basis. You might have seen K-pop groups and “We Got Married” couples bring out decorative cakes and gifts whenever it’s their 100th, 200th, or 1000th day together, and this is an accurate depiction of what happens in real life as well. Additionally, couples have a unique romantic holiday to celebrate on the 14th of every month. You have the traditional Valentine’s Day and White Day, but also ones like Rose Day, Wine Day, and Kiss Day. Commercial? Undoubtedly, but if you love planning romantic dinners and wrapping gifts in the cutest way possible, then you’re going to enjoy dating in Korea.

Overall, Koreans are not afraid to get touchy with close friends or family, but when it comes to public intimacy between couples, you might want to hide from judging grandmas. It’s totally acceptable to hold hands, hug, and give a gentle kiss on the lips, but try to have your passionate makeout sessions in private. While contemporary Koreans are not exactly conservative, there are still unwritten rules regarding acceptable public display of affection, and anything beyond cute pecks tends to cross the invisible line, especially in bright daylight.

It’s not uncommon for Koreans to have two “ideal types”: one you’d like to date, and one you’d like to marry. You might date a pretty girl with a wonderful personality, but if she can’t cook for her life or comes from a financially unstable family, marriage might be ruled out. Similarly, many Koreans are open to dating foreigners, but tend to be much more hesitant about interracial marriage. Naturally, there are numerous couples who unexpectedly fall in love and end up tying the knot, so don’t automatically rule out marriage with your Korean partner. Just remember that traditionally, Koreans see marriage as a union between families – not just two individuals – which means that marriage will eventually require the approval of the Korean family, and not everyone considers this when they jump into a relationship.

How Similar Are Your Dating Habits to Korean Daters?